Manila, Philippines.  Schools and embassies have closed and many evacuation orders have been issued, as Typhoon Rammasun, (locally known as Glenda) heads toward the Philippines. 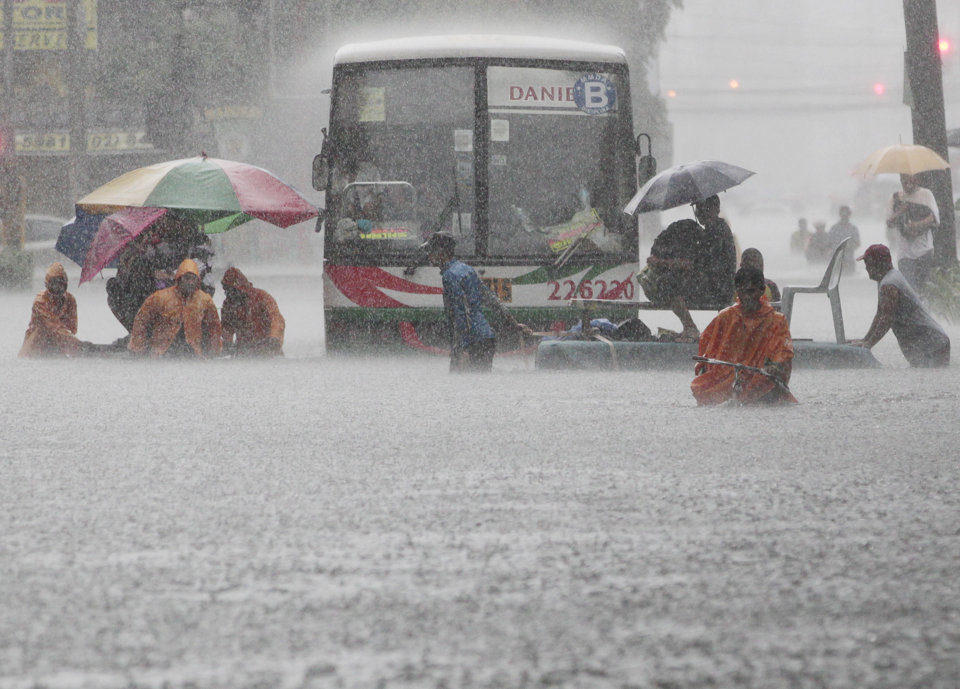 Manila flooding that resulted from rains in 2013.

Glenda is currently forecast to make landfall along the eastern coast of the Philippines late Tuesday,  in an area with many fishing villages.  At the current rate, it is forecast to be over the Capital City of Manila by mid-day Wednesday.

The Philippine Red Cross is preparing for anticipated flooding.  Even with small amounts of rain associated with tropical depressions, Manila often experiences significant flooding.   Rain in the amounts common to Typhoons could have very significant impacts.

As of 4 am local time, the sustained winds were approaching 75 mph (120 kph) with gusts up to 93 mph (150 kph).   After the devastating effects of last year’s Super Typhoon Yolanda in the Central Philippines, the government is taking a very cautious approach in preparing for this storm.