Praise for a Good Samaritan and Life-Giving Water in Northern Thailand!

Chiangmai, Thailand:  In 1984,  Samuel Yangmi recognized a real need in his area of Northern Thailand.  Tribal villages were located high in the northern mountains and it was often difficult for tribal children to attend Thai schools in order to obtain a quality education.

It was a result of this vision and leading from God that Maetang Tribal Children’s Home (MTCH), a tribal youth hostel, was established. Located in a valley and near a quality Thai elementary and high school, tribal youth would now have have the opportunity to go to school.  It would be the beginning of seed planting!

The following story and Praise report was recently submitted by Pastor Yangmi.

The Maetang Tribal Children’s Home began receiving kids in May of this year after the school break.  Little did we know as the kids were arriving, that the water system which had been working throughout the summer, was about to fail!

About a week after the kids arrived, the water system quit!  The staff began hauling water for everything from basic washing to cooking and cleaning.  It was a serious issue.

Finally a water company was able to come and check out the system.  They switched a pump and pipes and after spending 26,556 Baht (about $759 USD) the water was flowing again…but…not for long!

A few days later the new system also shutdown.  The water company said that they could do no more unless we agreed to drill a new well with their company.  The amount… 270,200 Baht ($7,828 USD).

Lumae [Pastor Sam’s wife] is on the JC Garden Village committee and she said that there was a man who came and made a bid on a water project for our village.

I called this man and asked him if he could go to Maetang to see our situation.  He was willing to go immediately, knowing that the Children were suffering due to our water system. 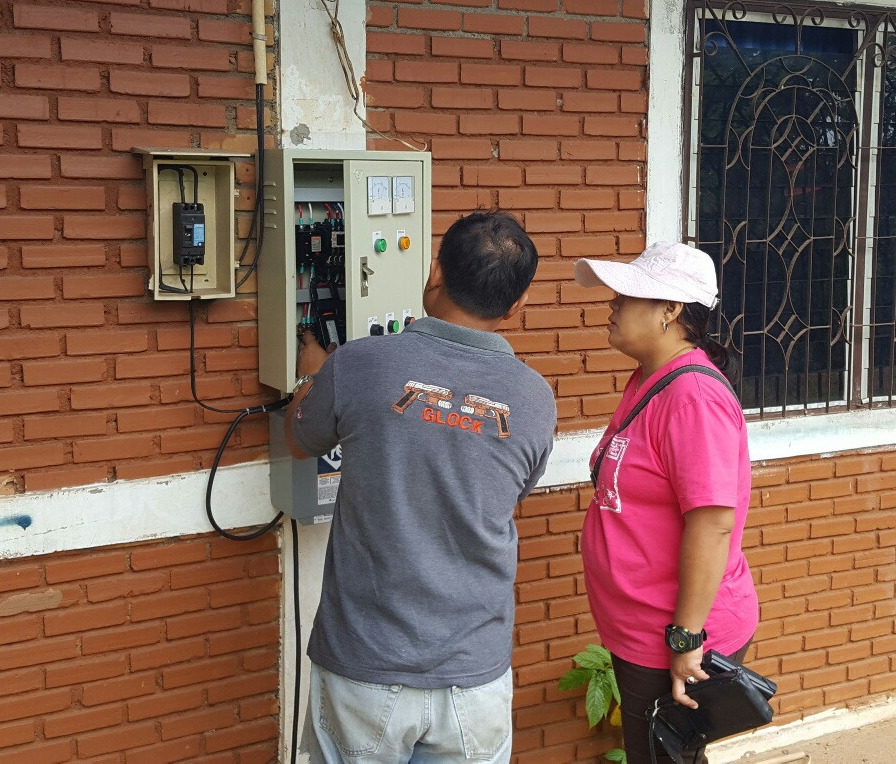 This man and his wife came and looked at our system and said that our system was not built correctly.  The water from under ground needed to be filtered and settled before it was pumped to the tank that is about 40 meters in the air.  The system was being strained too much. 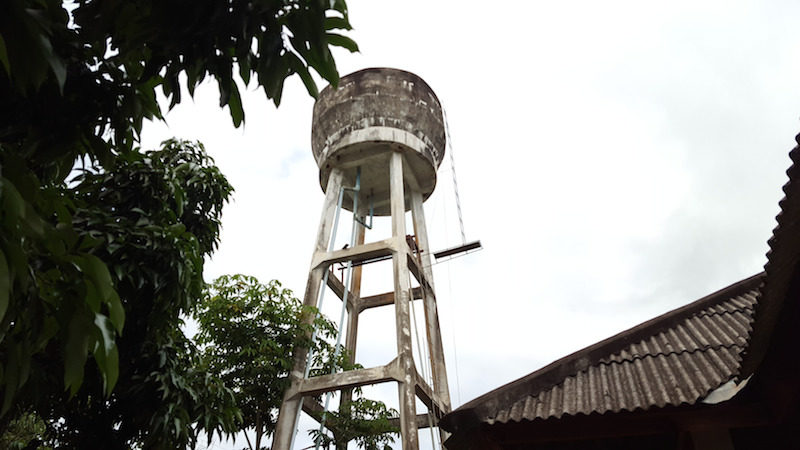 This man worked a day with our boys helping.  He even placed his own pump and pipes into the system.  This man did not even charge us one penny for all of his work!  He told us to use it for a while to see if it would be adequate and then he would help figure out how to fix the system on a long-term basis.