Brisbane, Australia:  Australia New Zealand’s Nazarene Theological College (NTC) and the Asia-Pacific Region, are excited to announce the election of a new principal for NTC.

In a unanimous decision of the Board of Trustees on August 19, 2015, Rev. Rob Fringer was elected as the new Principal for the college. 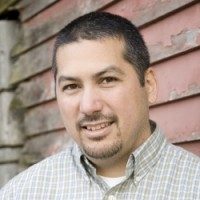 Fringer has been serving as associate lecturer in Biblical Studies and Biblical Languages at NTC since 2013.  He is an ordained elder in the Church of the Nazarene and has more than 15 years of pastoral experience working in the areas of Youth and Adult Discipleship and Community Outreach.

In 1999, Fringer completed his undergraduate degree in Philosophy and Theology from Point Loma Nazarene University.   He completed his M.A. in Theology through Nazarene Theological Seminary, with an emphasis in New Testament and Greek, and is currently a Ph.D. candidate in New Testament Studies and Biblical Theology through  Nazarene Theological College – Manchester, and awarded by the University of Manchester with an estimated completion in 2016.

“Rob has distinguished himself as a servant leader and an academic scholar in serving Christ and His Church,” says Dr. John Moore, Regional Education Coordinator. “Rob’s creative abilities combined with his love for people and the mission of Christ’s Church, will serve the Kingdom well.”

Rev. Fringer follows Dr. Bruce Allder, who recently resigned from NTC after serving for 16 years as principal.  Dr. Allder has accepted the position of Missional District Superintendent of the Australia North and West District.

Please join with us in pledging to pray and support Rob, his wife Vanessa, and their two children, Brenden and Sierra, as Rob assumes this new ministry responsibility.