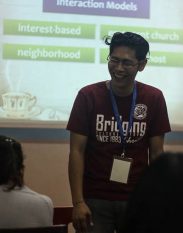 Two years ago, Vision 441 was announced as the new mission strategy for the Asia-Pacific Region. The strategy was derived from John 4:41: “And because of his words many more became believers.” The vision seeks to grow the Kingdom through making disciples that make disciples. The vision for the Asia-Pacific church is not the church gathered, but the church scattered–a church more organic for the needs of the Region whether in a coffee shop or on a motocross track. 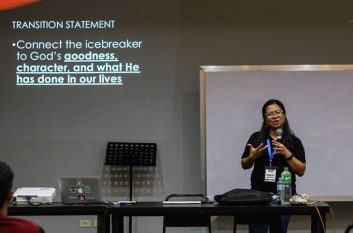 On June 16, three districts in Luzon, Philippines gathered for a Nazarene Discipleship Summit (NDS). The summit was meant to equip the attendees on how to disciple disciple-makers. Attendees realized that one does not need to be a pastor in order to make disciples and that their occupation was God’s door to ministry. The South Luzon Summit was mainly led by the Field’s SDMI Director, Dick Eugenio along with Regional NYI Coordinator Janary de Godoy, and Ernalyn Fausto. Those who attended raved about the event. Now a few months later, those who attended have established and are still maintaining their small groups today. 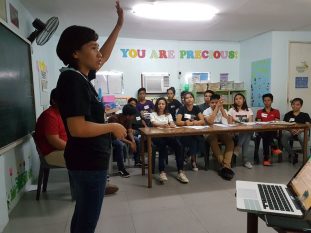 The Visayas region of the Philippines heard of the event and requested a summit of their own. However, due to the nature of each district being on a different island, they could not all meet up in one area for a Visayas NDS. Fausto, a Visayan herself, brought two other Visayan church leaders, Evan Rey Macasa and Terence Lustaña, to each of the districts to host a district NDS for Bacolod (October 20), Panay (October 30), and Central Visayas districts (November 1). Although they were unable to be present, Janary de Godoy and FSC Stephen Gualberto recorded videos to be used as resources during the workshops. Pastor Mark Obodoza, DS Medanny Punsalan, and Field NCM Coordinator Leody Echavez filled in to lead some workshops. 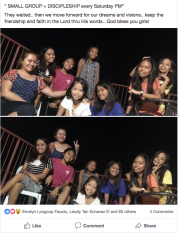 The response of the Visayan districts was positive, with many wishing for a follow-up summit within the next year. The attendees have even created accountability groups on social media to remind them of the vision,  encourage each other, and share photos of their progress. One Panay attendee commented, “I am praying that this will not be the first and the last summit, but it is just the beginning of [the] ministry here in Panay.” 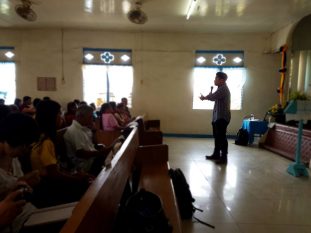 The final island group of the Philippines, Mindanao, is looking forward to having an NDS of their own at the beginning of next year. Although the dates have yet to be finalized, the Philippines/Micronesia Field and Mindanao districts are already praying for the Spirit to go ahead of them and work in the lives of those in the island groups who share the vision to go and make disciples.