Keynote speakers for the NMI convention were Todd and Connie Lou Aebischer, who currently serve on the Asia-Pacific Region in Communications, Work and Witness, Partnerships, and NMI. 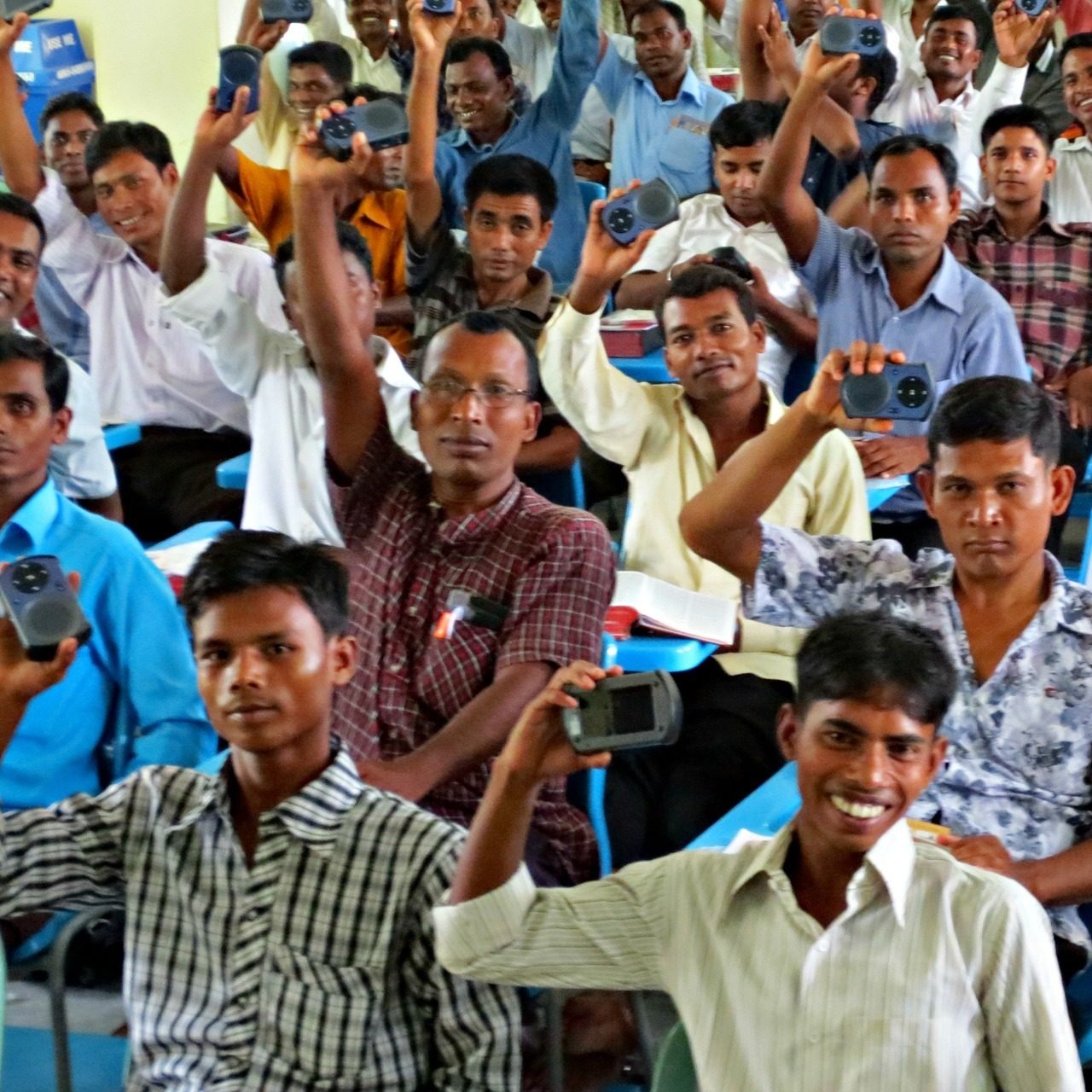 During the main session held on Friday the 19th, the announcement was made that the district had adopted the initiative of funding Papyrus Solar Powered Audio Players to be placed into service on the Asia-Pacific Region.

“Imagine my surprise when I heard the announcement that this initiative had been adopted by the Region,” said Aebischer.  “The District’s participation in this manner will serve to make great impact as we deliver the message of the Gospel to cultures whose principle method of communication is by oral means.”

The District has challenged each of its churches to purchase two of the audio players.  At least one of the players had been funded by the end of the convention!

A special thank you to the Canada West District for your partnership in  ministry with the Asia-Pacific Region!