Young people giving of their time and talents to help with disaster response in Bohol, Philippines!

Published on October 31, 2013, 6:05 pm Last Modified on February 14, 2020, 5:35 pm
Bohol Province, Philippines: Young people, mainly Bible College students, have been the foundation of the Nazarene Disaster Response (NDR) team in Bohol, the Central Visayas island rocked by a 7.2 quake on Thursday 15 October.  In the past week there have been more than 3,000 aftershocks, with only 68 of those being felt.  The death toll has risen to 198, with 11 still reported missing. The most recent reports indicated the total number of injured as 668, with 300,000 displaced persons, of which 79,000 were in evacuation centers (National Disaster Risk Reduction and Management Council). 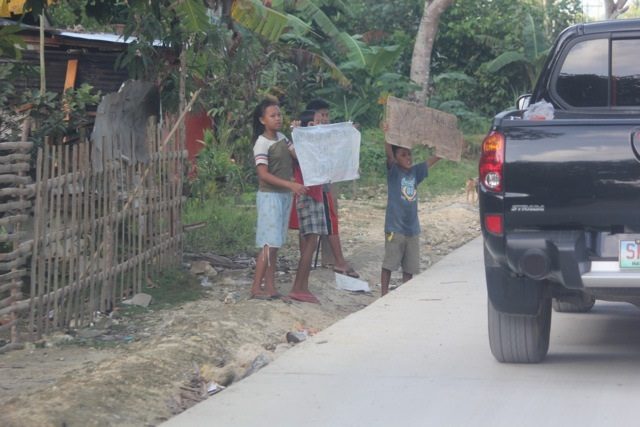 Nilo Rosende, the area District Superintendent, headed the NDR assessment team that arrived on site October 17th.  The Nazarene Relief Team arrived on October 22, and began their relief efforts with food distribution to members of the Sandigan local church on the island.  They then visited a nearby barangay where they provided residents with relief vouchers for food.

The team received a very warm welcome as they used puppets to facilitate stress-debriefing for the children.  The Bible college students reflected on their experience, which for many was their first experience in any disaster response effort. Many of them cited being overwhelmed with what they saw, but were excited about their involvement in being the hands and feet of Christ to those impacted by the disaster.

Michael Casusi, a local pastor and recent graduate of Nazarene Bible College (NBC), joined the team of students from NBC as he was experienced in disaster response.  Casusi had previously been commissioned to co-facilitate the Philippine church’s disaster response in Guihulgnan, after a 5.2 magnitude quake hit that Central Visayas region of the island in February of 2012. 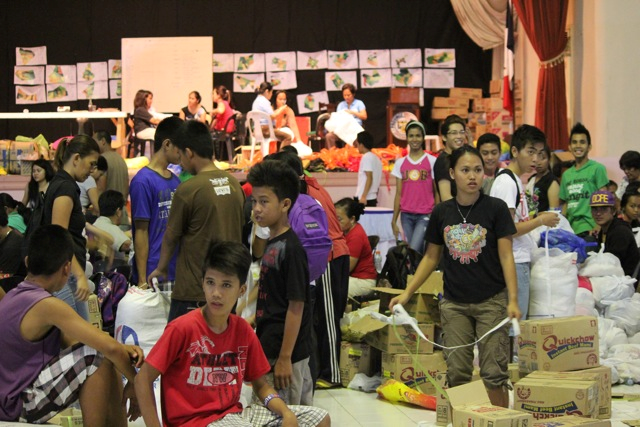 “It gives me such hope that our young people continue to express their faith and love for Christ so passionately and practically!  Their active engagement in missions through disaster response and other community-based endeavours will contribute vitally to the Church’s effective missional efforts,” stated Rev. David Harris, Asia-Pacific Region’s Nazarene Compassionate Ministry (NCM) coordinator.

Partnerships and collaboration with local and national relief agencies have marked the NDR team’s efforts.  Shelter assessments were undertaken in three evacuation centers, in coordination with relief workers from Save the Children, Philippines Red Cross, as well as the Municipal Office of Health.  NDR will partner with Adventist Disaster Relief Agency (ADRA) Philippines, in the implementation of a Canadian relief agency funded shelter. This is a focused relief effort that will see 3,000 shelter kits distributed to quake victims.

An application submitted to Samaritan Purse’s international office was just approved, and will provide NDR with the scope to target its relief to the priority area of Water and Safe Hygiene (WASH) support for 1,000 families. 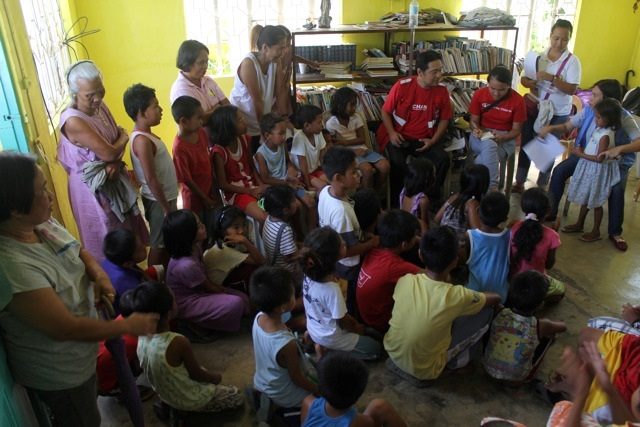 Lilet Sarabia (far right) conducts an impromptu stress-debriefing with children at an elementary school in Panaytayon, where the NDR team had facilitated a WASH assessment

“Its amazing how God uses people, crossing their paths, so that friendships are fostered not just for the sake of friendship but as well for solidarity and to work together in loving God and our neighbors as ourselves, “ stated Dan Balayo, Asia-Pacific Region’s  NCM  Holistic Child Development coordinator.  Balayo contacted a former high school classmate who was a resident of Tagbilaran City via Facebook regarding the earthquake that hit their city.  She has been proactive in mobilizing her network to distribute food relief.

As the relief effort continues in earnest, NDR and the Philippine churches invite the prayerful and practical support of the global church. In the midst of yet another disaster on the Asia-Pacific Region,  the Church of the Nazarene  remains committed to practically expressing the love and hope found in Christ to those impacted by this disaster.

Thank you for praying,  for giving, and for going!  Together we are impacting the world for Christ!