When God calls…be ready to go…at the “drop of a hat!” 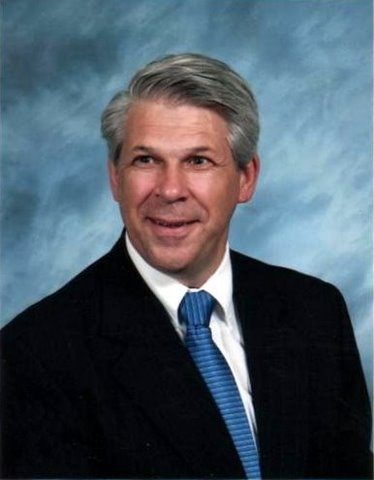 Rev. Clark Armstrong came to teach at Asia-Pacific Nazarene Theological Seminary (APNTS) in what some would call “the drop of a hat.”  Within days of an unexpected position opening at the seminary,  Armstrong was approached and asked if he would consider leaving the states for a teaching position in the Philippines.   The available position required someone with specific degrees, training and experience that were all part of Clark’s resume.   A decision needed to be made in literally hours.
Prior to being approached by the Asia-Pacific Regional Director about filling this position, Armstrong had been praying one night for several hours, listening to what God had to say to him.  During this quiet time with God, he was standing and reading the Bible out loud as he often does.   As he read Psalm 139:9-10 he felt in his spirit God telling him that he would be settling on the far side of the ocean.
Now, out of the blue, he was being offered the opportunity to teach at APNTS.  With this clear leading from the Spirit and the confirmation of his wife (Connie), Clark set course for Manila.   Clark will initially be filling the position at APNTS for one month, allowing time for further discussion and evaluation as to a possible longer term commitment.
Over the past ten years,  Rev. Armstrong has served as the Senior Pastor at Victory Hills Church of The Nazarene in Kansas City,  KS.  Armstrong is a Pastor with a Doctorate in education (Ed.D) and for several years was the Chairman of the board of Trustees and taught at Nazarene Bible College Extension.   Armstrong is very appreciative of the fact that his church graciously allowed him the opportunity to come and cover this critical position at the seminary.

What has been his perspective in the first few weeks?  Armstrong has been very impressed with quality of the education and the multi-cultural nature of the campus.  One of his classes has nine students representing eight different countries.  One rather humorous story from his first day involved an umbrella!  A student in one of his classes gave him an umbrella and told him that he should keep the umbrella with him at all times!  Armstrong admitted that on several occasions, he looked at the sky, decided not to take the umbrella, and then had the opportunity to be blessed with a tropical downpour.  Wouldn’t you know it, each time he got caught by the student who would scold him for not bringing the umbrella at all times!   Armstrong now carries it more regularly. 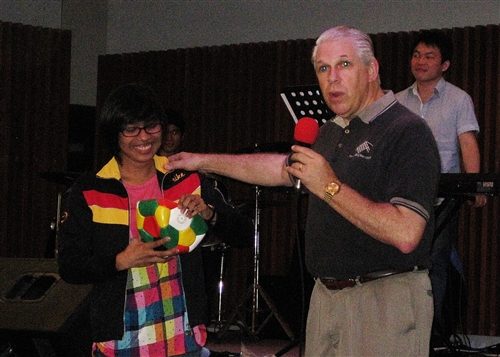 Armstrong is a soccer fan and enjoys watching the World Cup. In the days prior to his departure for APNTS, he felt in his spirit that he should take a soccer ball.  Not  just any soccer ball but one of the multi-colored Evangeballs.  He did not know why he needed to bring it, but he felt a real need to try and fit it into his bags that were already at their max weight for the flight.

Rev. Armstrong did find a place for that soccer ball.  He heard that one of the ministry teams from APNTS would be teaching kids soccer over the Christmas break.  How blessed he was to present the Evangeball to the leader of that team during a Chapel session.  It would become a powerful tool for sharing the Gospel with the children.

As Rev. Armstrong pumped air into the ball, his example of the Holy Spirit filling our lives in just such a manner was clearly understood by the students.  Just as a ball without air is flat and ineffective, so is a life without the infilling of the Holy Spirit.

Infilling of the Holy Spirit is something Rev. Armstrong understands well.  It was that gentle nudge and the calling of God that brought a pastor from Kansas to the islands of the Pacific, at the “drop of a hat!”