Myanmar, Southeast Asia Field:  Few people outside of Myanmar, remember the devastating impact of Cyclone Nargis, which made landfall on May 2, 2008, crossing the Ayeyarwady (Delta) region. 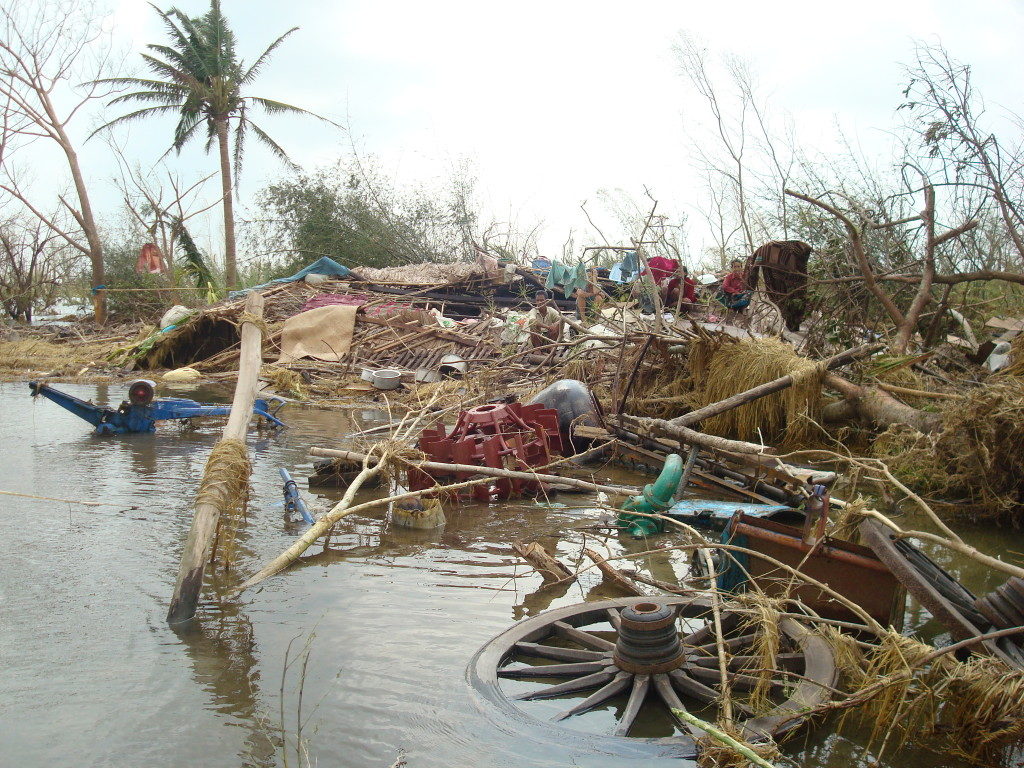 It is reported to have been the worst natural disaster in the recorded history of Myanmar, and according to the International Red Cross, it left more than 138,000 dead or missing. In this region, which was so devastated, God has brought new spirit of life!

Last May, a Nazarene pastor from America (Eldon) and a Burmese-American member of his church (Samppo) came to visit Myanmar. Brother Samppo spent three weeks building a house for his two sisters in this cyclone-devastated area.

During the visit, Pastor Eldon had the opportunity to preach the Word of the Lord in the community.  It was here that Pastor Eldon and brother Samppo made connection with a lay evangelist couple (the Khins).

Lay pastor Khin was raised in one of the major regional religions, but received Christian education from the Catholic Church while he was young. In his twenties he accepted Christ as his personal savior.  Khin wanted to know more about God, so he went to a mission training center for a year. When the training was completed he became an evangelist!

A while later,  Khin married Daw K** W**, who was also a Christian who came from one of the major religions of the region.   The couple was recruited by a mission agency to go to the Ayeyawady Delta region as “tent makers.” They ended up settling in a village, which is about 30 miles from Yangon.

Sensing the call of God, Pastor Khin started ministering in a neighboring village while working in a rice farm close to his home.  After five years of ministry, 30 people have found new life in Christ.  Recognizing the growth of his ministry, and the necessity for training, Pastor Khin reached out to his mission agency for assistance, but there was none available.

Pastor Khin began praying that God would lead him to others with a shared passion for reaching the people of this delta region.  He became involved in a monthly prayer meeting, which was attended by the sisters of brother Samppo. This is how pastor Khin came to meet Pastor Eldon and brother Samppo, and ultimately became connected with the work of the Church of the Nazarene in Myanmar. 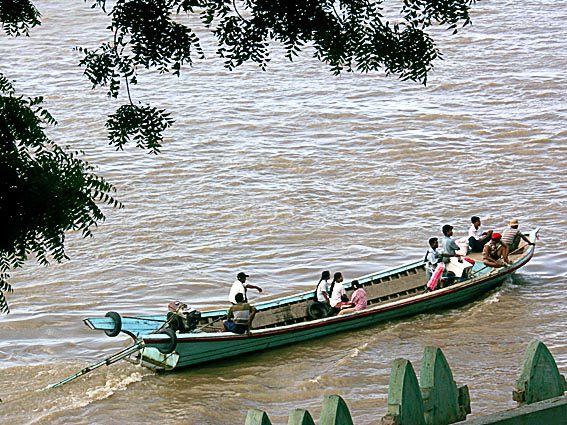 After prayer and discussion, and recognizing a shared vision for the people of this region, The Myanmar District and Pastor Khin have now begun working together.  They are jointly working to reach remote villages, some only attainable by boat, in order to plant churches and multiply disciples. In some of these areas there is absolutely no Christian presence.

Pastor Khin believes that these villages can be reached by effective children’s education and family counseling ministries.   The district is working with Pastor Khin to provide this training and in establishing a specific plan for outreach.

District mission coordinator and Yangon Zone coordinator, Rev. Jubilee Thanga, is planning to visit the area together with South East Asia Nazarene Bible School (SEANBC) students, in order to conduct an assessment and determine the best course forward in bringing the training to the region.

Our God is truly in the business of bringing people together, from the West Coast of the United States, to the southeastern borders of Myanmar, in order to accomplish His plan of bringing souls into the Kingdom!

Please continue to pray for this new work in the Ayeyarwady Delta Region, and for all of those who are filled with the vision for reaching the people of this region for the Lord!