Update From Fiji After Devastation of Cyclone Winston

Fiji, South Pacific:  The devastating impact made by Cyclone Winston as it swept across Fiji on February 19 and 20, is still just now being fully realized. 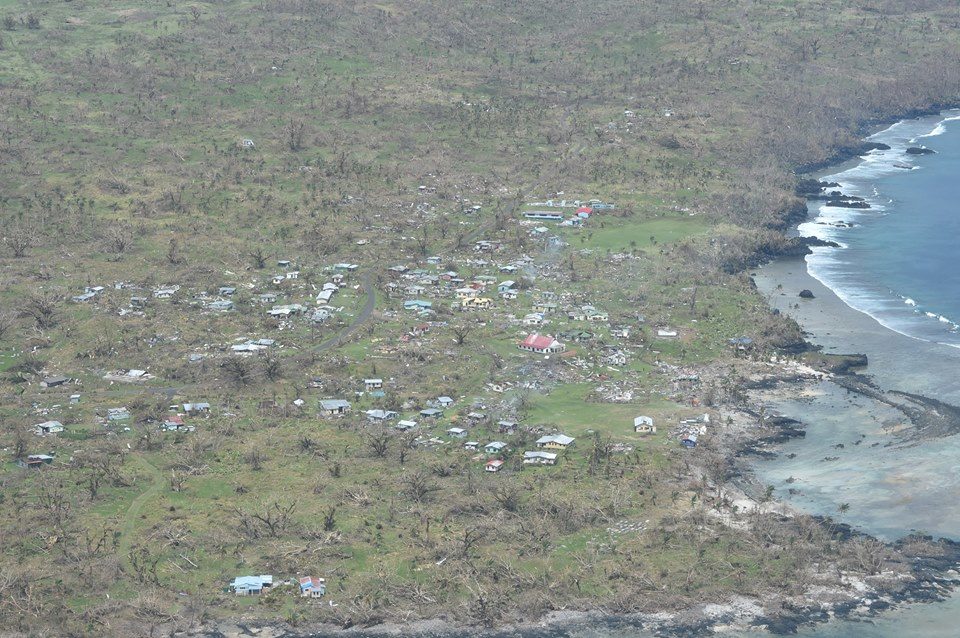 Entire villages in hardest hit coastal zones have been wiped out.

The fear is that the death toll will only increase as aerial surveys are revealing that entire villages in the hardest hit coastal zones have been completely wiped out.

Would you consider a gift to impact the lives of those devastated by Cyclone Winston?  Give through Nazarene Compassionate Ministries.

“Descending out of 40,000 feet along the southern coast of Fiji, we landed at Suva, the capital which is located on the southeast edge of the island. 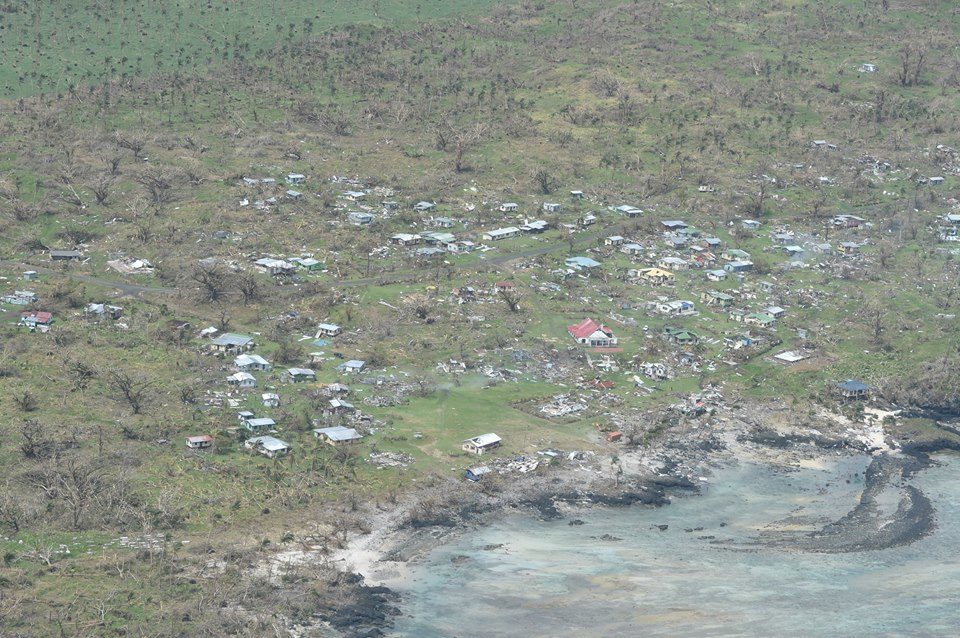 During the arrival, I can see destruction, but the enormity of it is hard to imagine or fully comprehend. What I do know is that out of all of the thousands and thousands of cyclones, storms, typhoons and hurricanes that have ever been recorded by mankind… evidently this Cyclone Winston has now ranked among the top ones in recorded history. 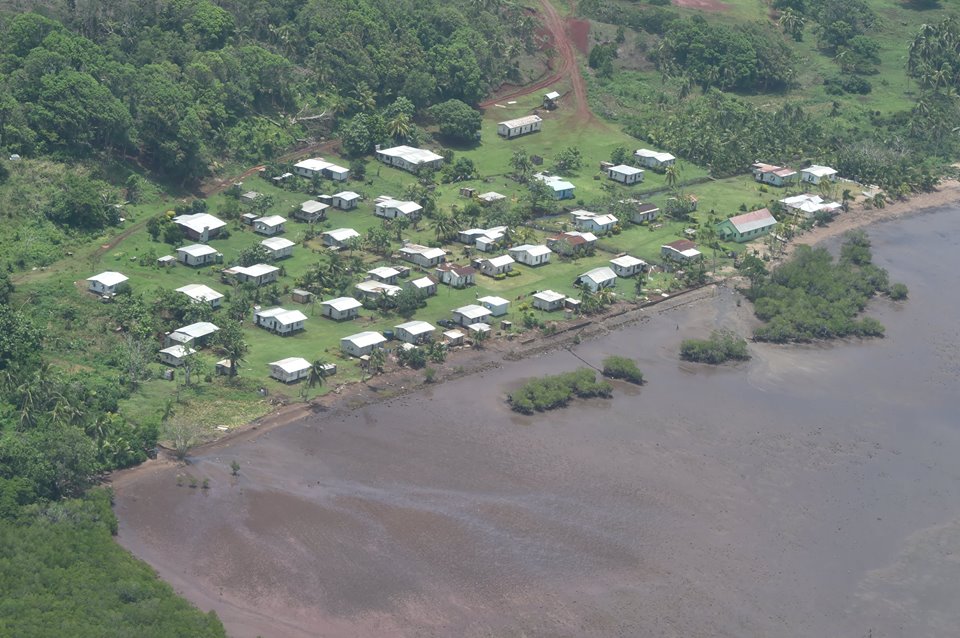 Many villages in the southern area came through the storm well, with only minor damage.

The last 24 hours have been filled with meetings with our Nazarene leaders on the ground in Fiji. The meetings have included many hours of listening to report after report not only of damage done but harrowing stories of heroes, survival, tragedy and loss. My conclusion at this point is that it seems that the more southern part of this main island is wind torn and shaken but really doing quite well even though much of it will probably still be without electricity for quite some time. 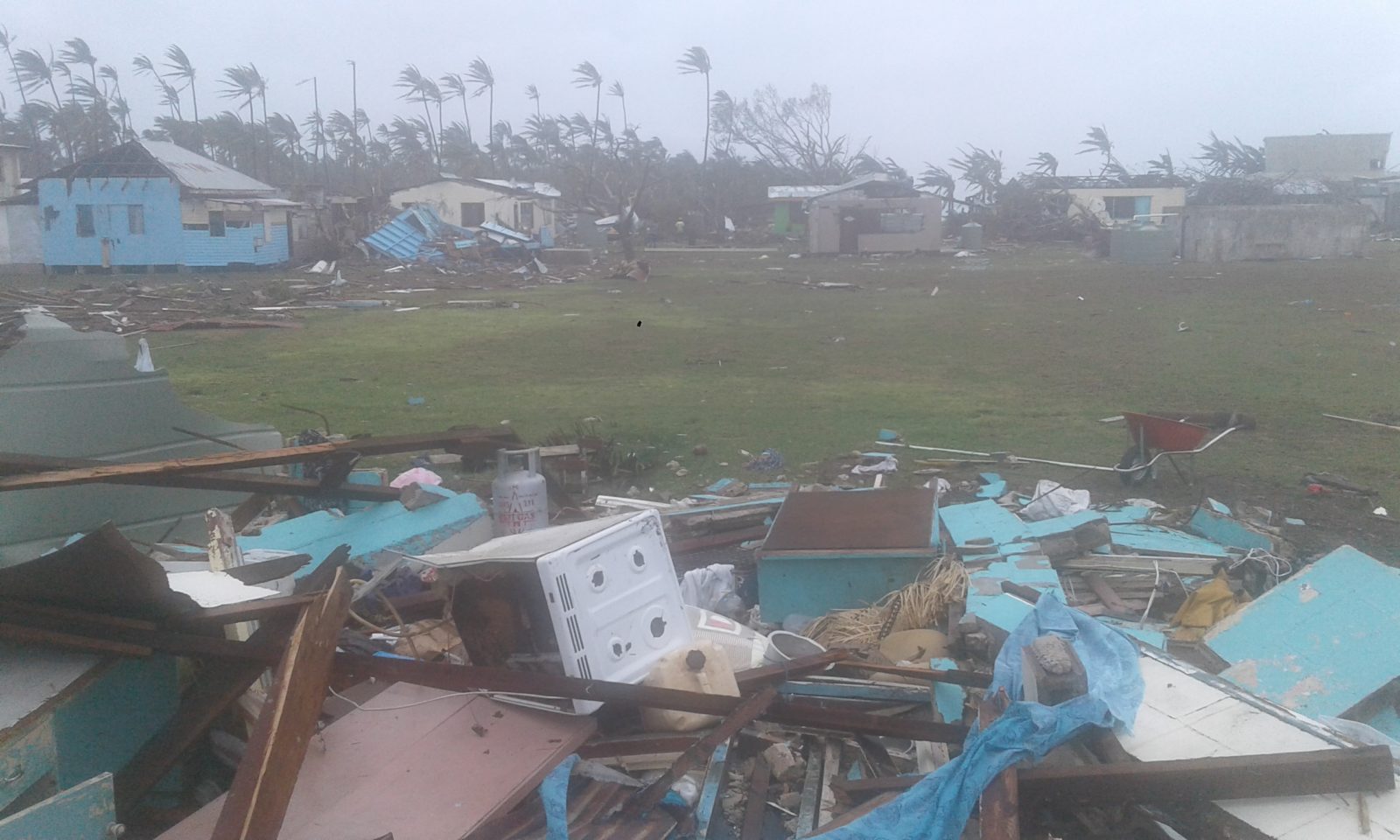 Many villages were leveled.

On the other hand, the north of this island and many of the outer islands are a very different story. Very bad. I have been able to get a few photos from our Nazarene pastors, showing their families and the debris that once represented their homes. 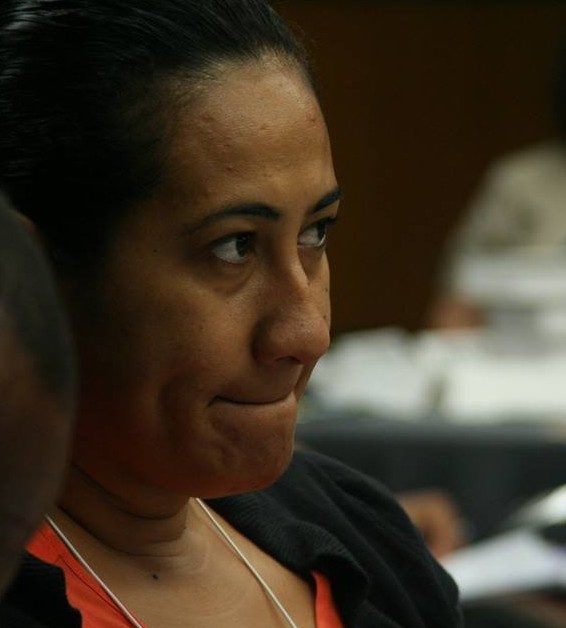 Rev. Leilani, who is the Chancellor of the South Pacific Nazarene Theological College, wept as she described one of the known 42 casualties, a very close relative, “Harmon, it’s really hard to believe he’s gone…”  For many, much of what they’ve known is gone now.

Because of the faithfulness of Nazarenes in giving to Nazarene Compassionate Ministries in the past, the International Church of the Nazarene has been able to begin bringing tangible help as of today.

In working with each of our Nazarene pastors that were able to make it into the capital, we began the process of documenting and prioritizing the greatest needs. 1) basic shelter, 2) food, 3) water.   Sixteen years of history in these islands has taught us that this is always where we begin.

Your prayer response is priceless and over and over I’ve been listening to testimonies of God’s presence and protection!

Please consider making a donation to the relief efforts!

Your financial response is generally being prioritized this way:

At this point, the unfolding magnitude of trying to just deal with some of the above need makes us realize that nothing short of a huge miracle will make this happen…but of course we all believe in a God of miracles, that’s why we do what we do…

As we’ve said since this cyclone hit a few days ago, we believe all of the pain and heartache that the enemy intends for evil, God will turn around and do great and mighty things that will bring glory to His name as He builds His church… So any resources sent will go to these above needs first and if the miracle of God’s people responding goes beyond that, anything more will be directly applied to all the exact same strategies that have successfully been building the Church of the Nazarene across the islands of Fiji for all these years and keep taking us aggressively forward, planting church after church after church, while bringing hope and life eternal in Jesus name!”

Thank you for your continued prayer for the people of Fiji.  Your contribution through Nazarene Compassionate Ministries will make an immeasurable impact in the lives of those devastated by the storm.