These Boys Were Absolutely Amazed…How Could This work?

Vanuatu:  The six young men had no idea what they had been chosen for.   Pastor Daniel Latu had selected them from more than 60 young people who had gathered at the Eluklom Nazarene Church for a 3-day NYI camp.

Daniel seated the men in a circle at the front of the church, and then carefully showed each of them exactly how to sit in their chair.   He had each of them lay back against the person beside them.

It was then that Daniel announced that he was going to take away all their chairs one by one. As he did, the six guys remained stable in their reclining position as if the chairs were still in place. 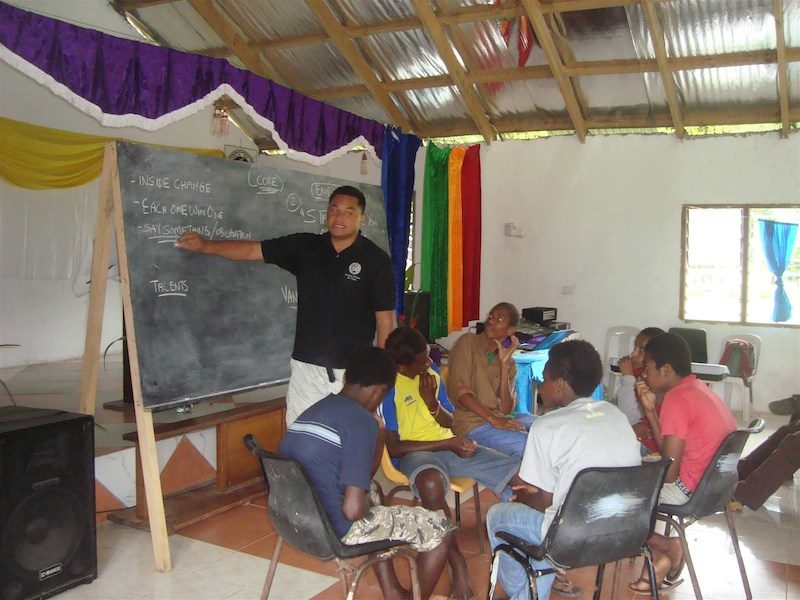 The illustration worked! There was no doubt; he had the attention of everyone! Pastor Daniel went on to lead the group in understanding what they could learn from what they had just seen; trust and unity are essential elements in an effective NYI group. 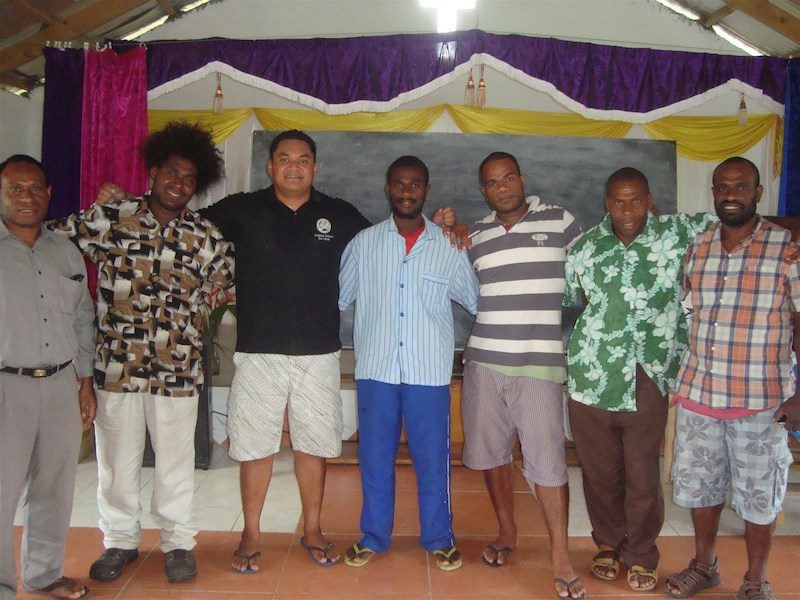 Each day of the camp, Pastor Daniel shared messages that challenged the youth to make a difference in the places where they live and to begin reaching out to their communities with whatever God had placed in their hands.

After the Sunday service, pastors and church leaders met to talk about how to keep the fire for evangelism burning in the hearts of these upcoming young leaders.  They organized a team and called themselves the Vanuatu Nazarene Mission Team. They made plans that day to organize revival services at each of the communities where the Nazarene church is located in Port Vila.

Not quite a month later, October 17-19, the Vanuatu Nazarene Mission Team hosted revival services near the Black Sand Nazarene Church. The services were held outdoors in a nearby open area that is most often used for neighborhood kids to play soccer.

Please be in prayer for the pastors and leaders who participated, for the Vanuatu Nazarene Mission Team, as well as for those that attended, that the Holy Spirit would capture their hearts, both young and old. We are praying for a transformational movement among the Black Sand Community who need to meet Jesus and receive the gift of new life.