The One…Battling to Beat the Odds

Kudjip, Papua New Guinea: Nine years ago, I left the world of U.S. Family Practice and became a Missionary Physician. As a Missionary Physician I care for patients and administer treatment in ways that I would never have done if I was still in the U.S. Diagnosing and treating cancer are some of those things that I do now, that I wouldn’t be doing if I was still in North America. 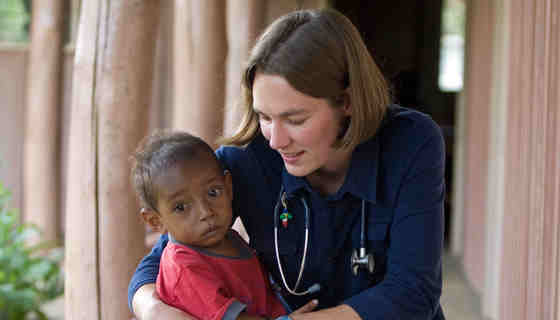 One of the hard parts about caring for patients with cancer in Papua New Guinea is that our options for treatment are limited. We have about six basic drugs that we can give, but we have to balance the doses we give with our ability to support someone whose immune system is weakened. Along with chemotherapy, we have surgery and at times radiation. We hope and pray that the combination of the three will be enough for our patients, but way too often it isn’t. Outside of a surgical cure, we rarely get cures in patients with cancer. 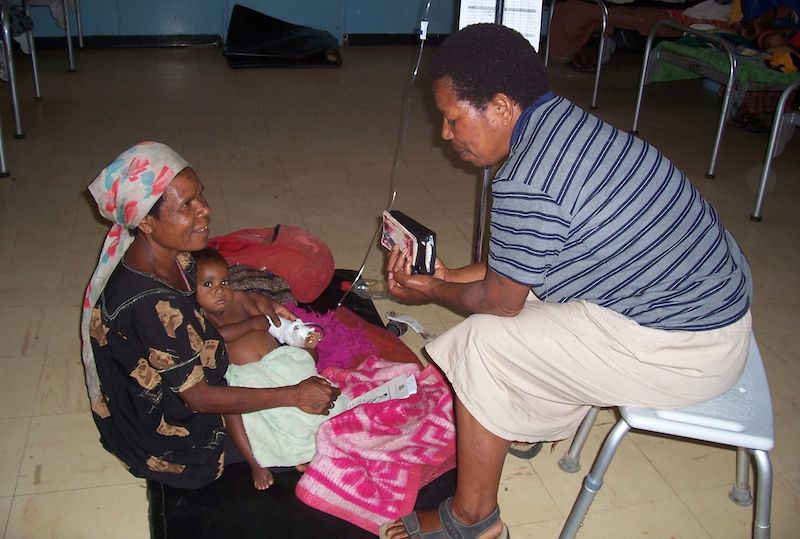 Prayer and introduction to the Great Physician is one of the greatest “medicines” provided at Kudjip!

Topias is working to beat those odds. Topias came in almost two years ago with an abdominal mass. It was initially too large for surgery, so we gave him chemotherapy, suspecting he had lymphoma. Thankfully, the chemo shrunk it down to a size that was small enough for surgery. After surgery, the biopsy came back as a Wilm’s tumor, a tumor of the kidney found in kids and one of the most responsive to chemotherapy. We altered our chemotherapy a little bit and thankful Topias continues to do well. 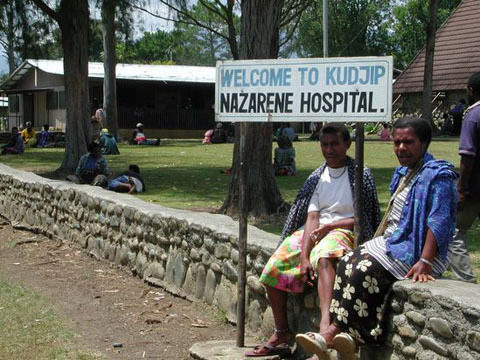 Entrance to the Kudjip Hospital in Papua New Guinea.

He is usually happy when he comes inside to be seen, but still cries when Aunti Letti (what he calls me – where he got that name I don’t know) and Dr. Bill do ultrasounds to look for any sign of the mass returning. So far, we haven’t been able to find any recurrence of the mass and are very thankful. We hope Topias, the youngest of 5 boys in his family, grows up to go to school, get married and have kids of his own. Until then, we will keep checking him for recurrence and thanking God for the one who has made it (at least for now), the one who has survived cancer despite our limitations, and we will keep praying for others to make it as well.

Feature image:  Topias in his mother’s arms, and his brother.