The Church on the Move in Mongolia 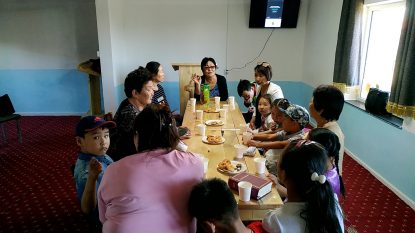 One of the leaders at Shirenor, Urin Tuya, also serves as a leader of the Habitat Center. This community center was built with the help of Bulmal Church of the Nazarene in South Korea, a congregation led by Rev. Cho Sang Eul. Habitat Center was based in a house, but has since expanded to a larger location to accommodate a growing ministry. While securing the purchase of this expanded property, the seller learned that the property would be used for worship services. This proved to be an answer to prayer, as his mother-in-law had recently moved in and was looking for a new place to worship.

The location of Habitat Center is ideal for outreach, since the area is near the city center of Darkhan. Local leaders at Habitat are already making big plans for community ministry. The initial plan is for a discipleship ministry to be led by trained church members, who can then train others in disciple-making. 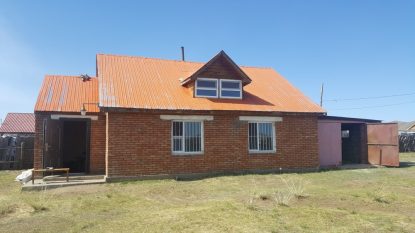 Already there have been great opportunities, as reported by Nazarene missionary Sunny Um. “Some Christian carpenters were hired to a renovate one of our churches. They had attended a congregation, but the distance made it difficult for them to do so regularly,” he shared. “After meeting our Nazarene missionaries however, they were excited to learn of Nazarene churches closer to their area that would allow them to worship regularly.”

Sunny, who serves alongside his wife Lisa Lee Um, expressed optimism for the future of the Church of the Nazarene in Mongolia. As he put it, “God is continually showing us His grace, even when the car breaks down and the dust storm comes blowing in.”