Retirement, a Gateway to Mission: Larry and Becky’s Story 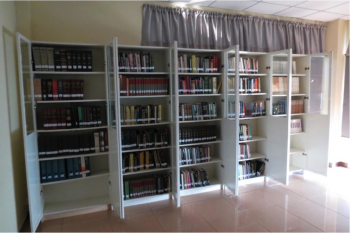 Some people might picture retired life as an opportunity for relaxation, but for others, retirement is an opportunity to serve the Lord. When Larry and Becky Haight retired, they found themselves in the latter category.

Larry served as the Director of Library Services at Simpson University for over 20 years. Becky served a public-school teacher her whole life. Although they loved their work, retirement was unavoidable. In 2017, when they heard that Chapman International College (formerly known as Southeast Asia Nazarene Bible College) was looking for a volunteer librarian, they were thrilled – but also unsure. Southeast Asia was halfway across the world. After much prayer, they answered, “Yes Lord, wherever you send me, I will go…” 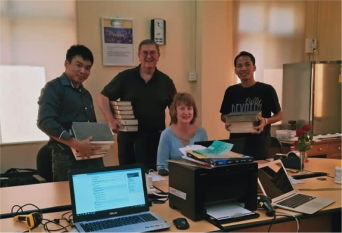 Larry and Becky took a trip to Southeast Asia in 2018 and described it as “the best three weeks of retirement” they had. So in 2019, they returned to Southeast Asia to continue the work. They made the trips by using their retirement savings. They spent thousands of dollars on each trip but felt that this was indeed the call of the Lord. The gift and expertise that they had in library services and education was the key needed to rebuild the libraries of many campuses of Chapman International College (CIC) in Myanmar and Thailand. After their trips, CIC had over 2 thousands books cataloged in four languages at multiple campuses. 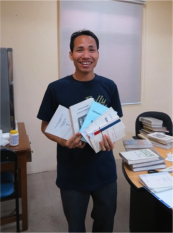 Larry and Becky were not only working to organize the libraries, but were also training local teachers and librarians to hone their skills. Their efforts reflect CIC’s motto: Entrusted to Entrust (2 Timothy 2:2). Capacity building of local librarians was one of the many things that were accomplished in order to sustainably transfer their expertise.

It’s hard to imagine what a retired librarian and a school teacher could do missions work on the other side of the world, in countries where they spoke different languages. But we believe that the Lord calls each one of us with a unique gift and calling for the greater Kingdom. If we entrust our everything to him, Jesus can lead us in His works in the most unexpected ways, just as he did for Larry and Becky.

Larry and Becky have returned to the United States, but CIC Library work continues in Southeast Asia. Join us in “the movement of God through the people of God.”