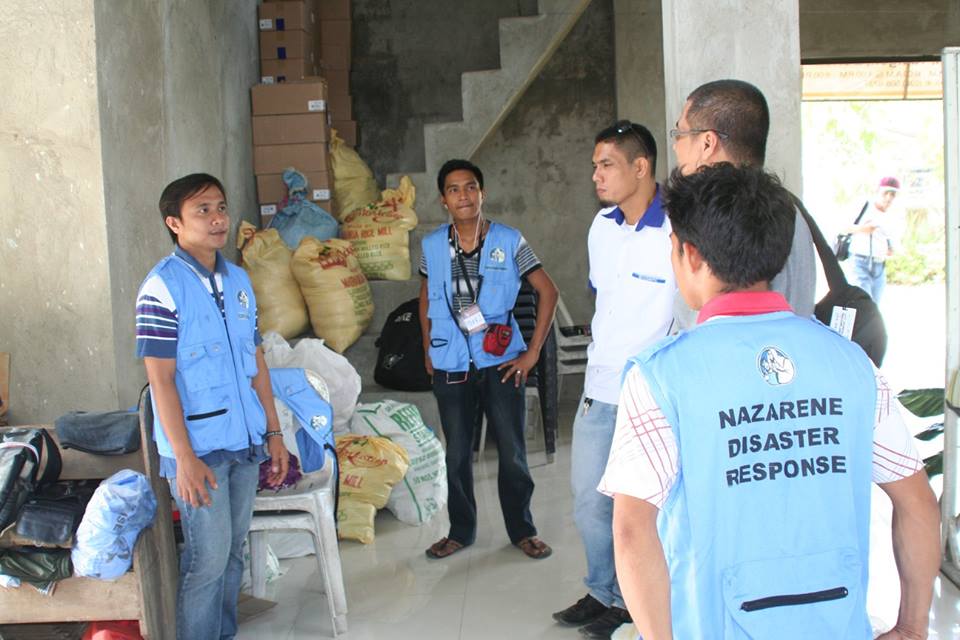 The Philippine Field Office (PFO) just announced the award of a US$9,000 grant from Samaritan’s Purse, to be used in providing disaster relief supplies to those most effected by the 7.2 magnitude earthquake of October 15th.

In response to this grant, the PFO sent a team to Tubigon (Central Philippines) on October 30th, made up of members of Nazarene Compassionate Ministries, Nazarene Disaster Response, and World Mission Communications.  Upon arrival the team was met by a representative of Samaritan’s Purse who assisted in oversight of the grant funds. 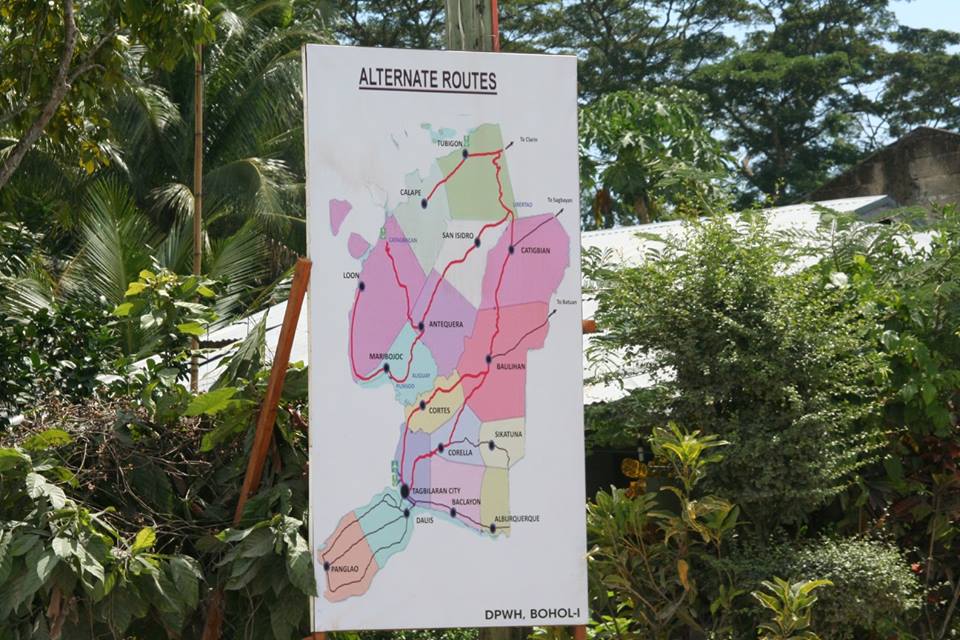 Roadside map highlights the alternate routes available after several bridges were destroyed in the earthquake.

After arrival on the ground in Tubigon Thursday afternoon,  the advance team made the determination that the area was starting to recover on its own and was no longer in need of immediate disaster response in the form of relief supplies. The team was then informed that the area of Sandingan, an island north of Tubigon, was in critical need.

The church of the Nazarene currently has a church in Sandingan and it was reported that several Nazarene family members’ homes were destroyed and that they had very limited access to food supplies.

While one part of the Nazarene Disaster Response team waited for the boat to arrive in the port with the relief supplies, another small team was dispatched to Sandingan Island to do a quick assessment on the actual need.

As a sidenote, early Thursday afternoon word was received that the truck carrying the relief supplies had a flat tire just prior to arriving at the ferry.  The truck’s jack was not functioning but God provided, as the driver of a tanker truck, saw the need, and loaned the team his jack. The tire was repaired just in time, the truck was able to drive onto the ferry, and the supplies were back on the original arrival schedule. 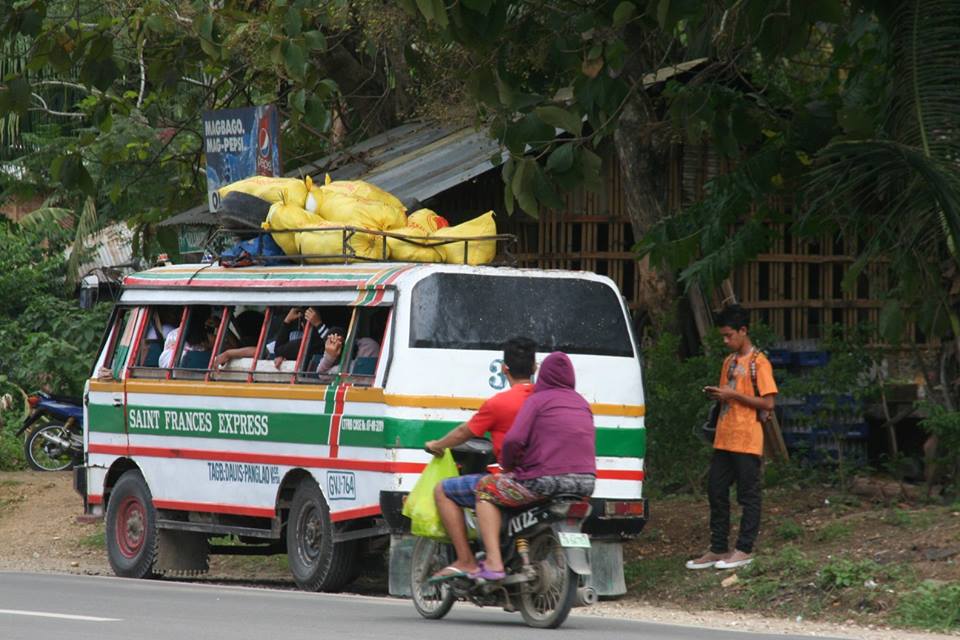 Small buses transport people from the south to the north of Bohol along the same route traveled by the Nazarene Disaster Response Team.

The regional team here in the Philippines would like to thank you personally for your partnership in making this response possible by giving to the World Evangelism Fund.  We will be continuing to provide updates over the next two days via Facebook: asiapacificnazarene  Twitter: @APNazRegion, and Instagram: APNazRegion.

Contributor: Todd Aebischer, Asia-Pacific Regional Communications Cordinator, on the ground with the team in Tubigon