“A guy limps into my clinic room, obviously favoring his right leg. I ask him what happened and he tells me how he was selling vegetables on the road when people started throwing stones and he got hit with one. This was over a week ago, but his leg is still hurting him and he thought it was broken, so he came to get it checked.

Each day I hear all kinds of stories about injuries. Some of them are very hard to believe, but knowing there was a fight that broke out a few weeks back near the market, I believed this man’s story. Seeing him limp into my room and the grimace on his face, I also believed that he was in pain.

I went to examine his leg, but it was all wrapped up, so I took him to the ER so we could unwrap it and get a new dressing at the same time. 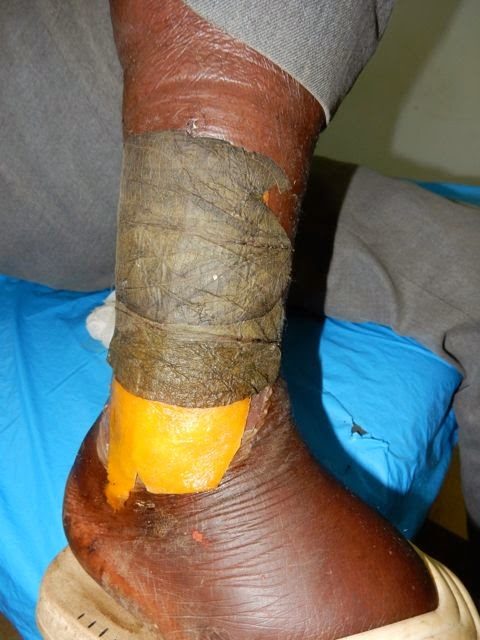 A leaf and papaya wound dressing.

As I watched him unwrap his leg, something very bright orange in color began to appear. I asked the patient what it was and he said it was papaya!

Papaya is a fruit! I had never seen anyone use it as a dressing, so I asked him why he put it there. He started laughing and then told me. His leg was really hot, and so as he was eating his papaya, he cut off a few pieces and put them on his leg to help cool it off. He then wrapped his leg in leaves, which have some medicinal pain properties and came to the hospital.

It took a little bit of effort, but he was able to remove the leaves and the papaya and then I discovered that he had an infection in his leg causing the pain and the hotness. Thankfully it wasn’t broken and the antibiotics and pain medicines that I was able to provide should help him in the days ahead. I am not sure I can recommend the papaya leaf wrap for leg pain, as his leg was infected, but it did seem to keep it cooler, which helped him, so maybe I should.” 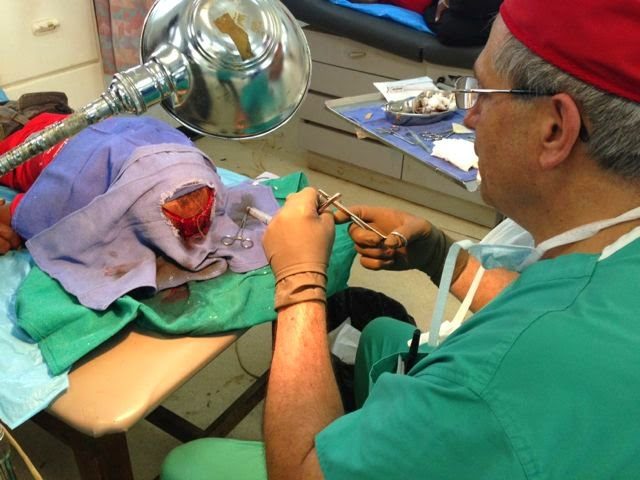 Dr. Jim sews up a wound.

Our medical missionaries at Kudjip Nazarene Hospital, daily, see a vast range of illnesses and trauma.   In 2014 alone, they saw 59,223 outpatients, admitting more than 6,000.   In this same period they delivered 1,615 babies, completed 266 C-sections and completed over 1,200 major and minor surgeries.

The greatest illness they see though, is spiritual. The transformational power and indwelling of the Holy Spirit is truly the only long-term solution to the needs of the Highlands. 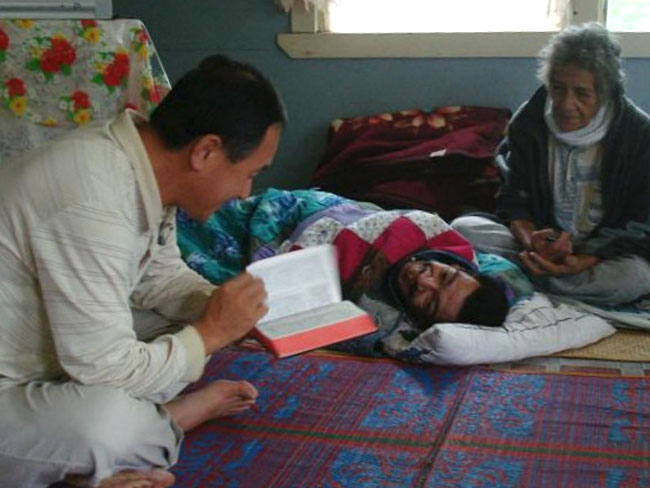 Please continue to pray as our medical teams across Melanesia and the South Pacific use medicine and compassion to open the door to introducing their patients to the one true Great Physician, Jesus.

Are you up to the challenge of becoming a medical missionary?