Northern Thailand District Church Gets Back on Their Feet!

Thailand: In northern Thailand, evangelist Jawsha established a small church, Hueileuk Church of the Nazarene.  The church found themselves without a leader, when Jawsha passed away and his son and son-in-law moved to the city.  As a result, the church was closed.

Five years later, the few believers in the area were still waiting for a leader to teach them more about Christ because many do not know how to pray or read the Bible. Missionary Sam Yangmi and the Northern Thailand District Superintendent (DS) Lasoe began to pray that God would provide a family that was willing to move to the remote village and become pastors.

The Southeast Asia Nazarene Bible College (SEANBC) had just reopened its doors after a five year closure when a young couple accepted this call to serve the Lord in that village. On July 10, Sam, the DS, their wives, and the MaeTang church members went up to the village and opened the doors of Hueileuk once again. 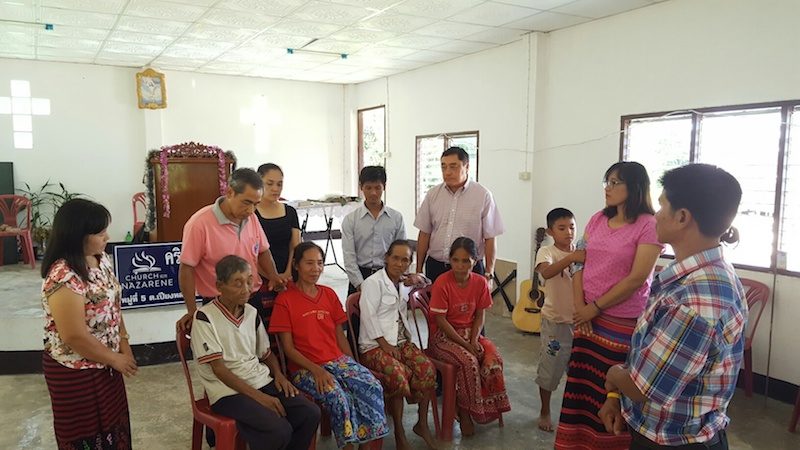 Sam reported meeting one of the main leaders that Sunday who had not been able to walk for 4 days.

“When I went [to] his house, I reached out to shake his hand and as soon as I shook his hand, he said he felt like someone had pushed him to stand up and he knew he could walk, and by faith, he just got up as I pulled him up!”

After Sam preached, the new pastor opened up the altar. Four elderly people came up, and among them was the widow of a witch doctor who strongly opposed the original church planter, Jawsha. She now wanted to give her life to Jesus! 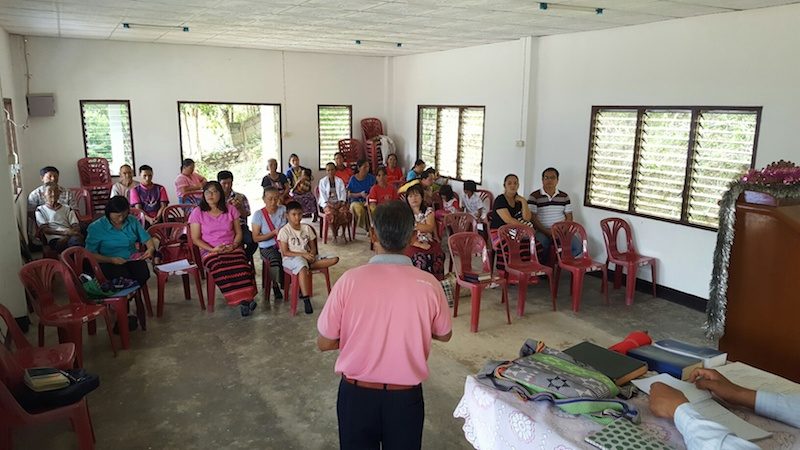 This truly is a story of “Renewal” and “Reopening.”  Given the great need of the District for pastors, SEANBC reopened and servants are beginning to respond.

Praise God for His provision! Please pray for the new life of Hueileuk Church of the Nazarene, the new leaders and believers there, and for continual transformation of the community.  Keep praying for new servants who will continue answering the call to go into the fields of harvest!

Feature Image: Hueileuk had never had a sign for their church before. DS Lasoe provided the new church sign reading, “The Hueileuk Church of the Nazarene.”