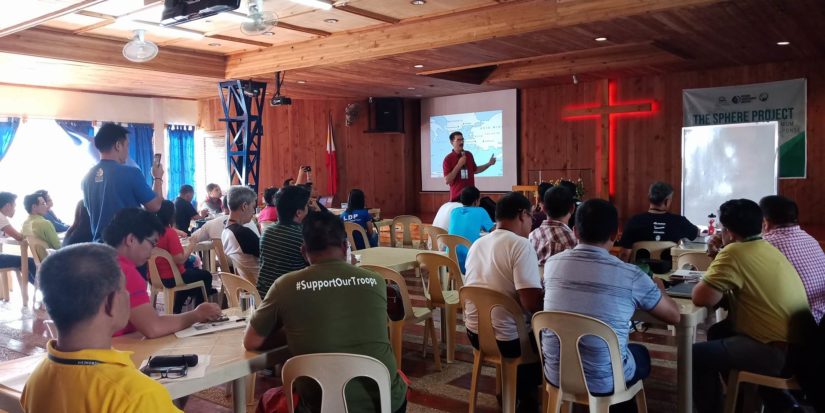 The Nazarene Compassionate Ministries – Philippines (NCM-P) through the Nazarene Disaster Response (NDR) commenced the roll out of Sphere Project to the eleven (11) districts of the Philippine Church of the Nazarene on April 10-12, 2018 at Christian Development Center, Tagaytay City in a desire to improve and upgrade the approaches and implementations of its humanitarian responses.

The Sphere Project is a voluntary initiative that brings a wide range of humanitarian agencies together around a common aim – to improve the quality of humanitarian assistance and the accountability humanitarian actors to their constituents, donors and affected populations. The NDR is a part of Sphere community. Leody Echavez, NCM-P National Coordinator, in his talk to the participants said that there is a great need for the church to upgrade its humanitarian approaches as in many cases, it is among the first responders when disasters or calamities strike.

Stephen Gualberto, Philippine-Micronesia Field Office Strategic Coordinator, said that the church people coming from all districts in the country need to understand humanitarian charter and minimum standards in humanitarian response especially that the church’s role goes beyond the ordinary disaster response. “We are not like non-government organizations or non-profit organizations that just come and go in their humanitarian response. We are a church and we go beyond than helping affected individuals in times of calamities… we want to bring them to Christ,” Gualberto said. 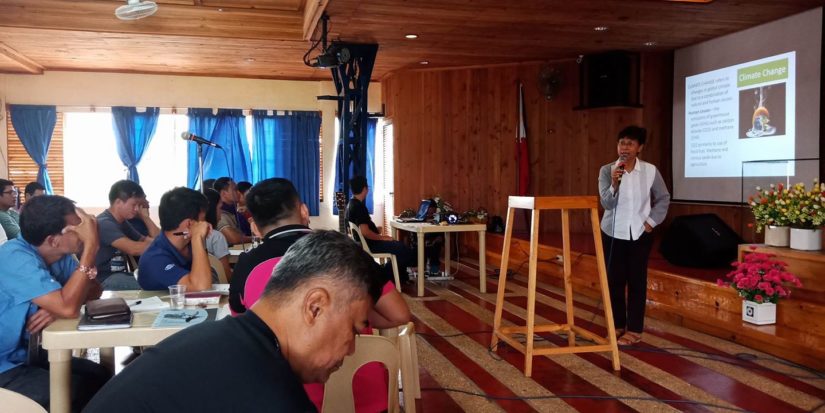 John Watton, Asia Pacific Region NCM Director, also attended the event. In his morning devotions emphasized that just like Paul, all the things that are being done by the church including compassionate ministries are intended “so that we may present everyone fully mature in Christ.”

Lemuel Tiberio, a lay leader in Davao Church of the Nazarene and a participant to the training, expressed his excitement to mobilize other lay members to come up with a more organized humanitarian response group in Mindanao East District. Echavez and Gualberto said that they are expecting that every district representing the training will come up with a comprehensive work and action plan as a final output of the workshop.

The training is being attended by 40 participants mostly NCM District Coordinators and pastors from Metropolitan Luzon, Metro Manila, Southern Luzon, Bicol, Eastern Visayas, Central Visayas, Panay, Negros, Mindanao West and Mindanao East Districts. Pastor Nick Marco of Sta. Fe Church of the Nazarene in Eastern Visayas District said that he is glad that the church is now giving importance to this ministry especially that the location of his district is prone to strong typhoons.

Super typhoon “Yolanda” (international name Haiyan) that hit the central Philippines on November 8, 2013, greatly affected many parts of Eastern Visayas and NDR-P was among the responders during the typhoon. “We want to see more prepared Nazarenes if another disaster strikes,” Marco said.
As part of the next steps after the initial rollout, Leody said NCM-P will be conducting Sphere Project training at the district level.