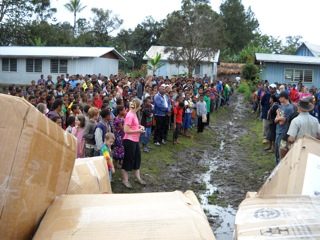 Students waiting for the School Pal-Paks to arrive.

Kudjip Nazarene Hospital, Papua New Guinea: The students watched with growing excitement as the white truck came to a stop in front of their morning assembly.  This particular morning, the students had lined up by grade as they did each morning before classes started.  But today, the principal had announced that some of the missionaries from Nazarene Hospital at Kudjip would be coming to give them presents from North America.

School children in Papua New Guinea, as in many developing countries, seldom have more than a pencil and a simple exercise book as their school supplies.  Textbooks, often badly worn, are shared by several children, and kept at school.  Until recently parents were required to pay tuition for every child.  Although school is now considered free, there are still expenses involved that make it difficult for some families to send their children to school. 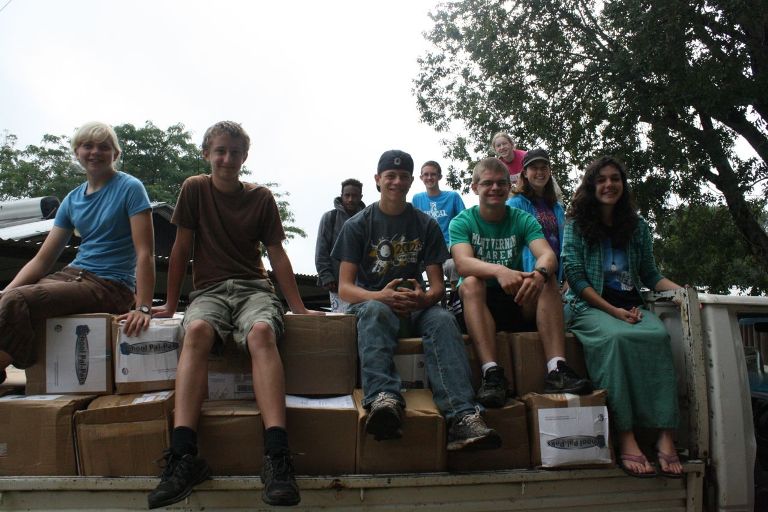 MKs riding on the truck that delivered the School Pal-Paks.

The students had no idea what was in the boxes that the missionary kids unloaded from the truck.  Missionary Judy Bennett spoke to the group, explaining the gifts.  These were gifts from Nazarenes in North America.  They were not from the hospital, although the administration at the hospital had requested the packs from Nazarene Compassionate Ministries.  These packs had been made and given by Nazarenes, she explained, to help kids in other countries, and to express Jesus’ love to them. 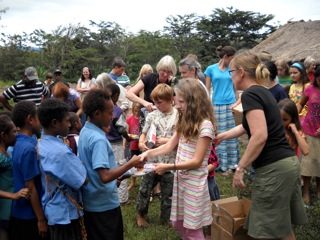 MKs had the blessing of being able to help hand out the Pal-Paks.

The MKs started moving up and down the rows of students, one carrying a box, and another handing a pack to each child.  As they looked through the clear plastic bags, they saw treasures that they never imagined owning–colored pencils, pens, pencil sharpeners, scissors, rulers, notebooks, erasers, and not just a pencil, but a whole package of pencils!

“Their faces lit up,” said Bennett  “and they held the packs to their chests.  They could hardly believe that they were being given all that.”

Working a few days a week, it took the missionaries over a month to complete all the distributions.  At one school they were accompanied by Patty Warrick, wife of General Superintendent J. K. Warrick, and Linda Louw, wife of Asia-Pacific Regional Director Mark Louw, who were accompanying their husbands on a trip to PNG. 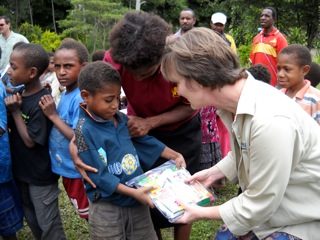 Such a tremendous blessing on so many levels!

“Kudjip Nazarene Hospital had been approached by NCM about giving out School Pal Packs,” said Dr. Scott Dooley, the Administrator of the hospital.  “We thought it would be… great [for] community relationship, and show the ties of the hospital to the church.” 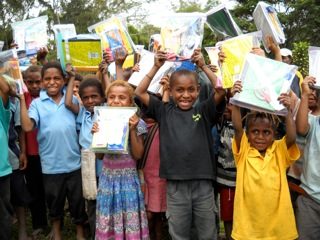 Thank you for our school Pal-Paks!

The packs were ultimately given out at eighteen schools in the vicinity of the hospital, to schools around the four rural clinics that the hospital operates in remote parts of PNG, and to an orphanage that is operated by a local Nazarene church near the hospital. 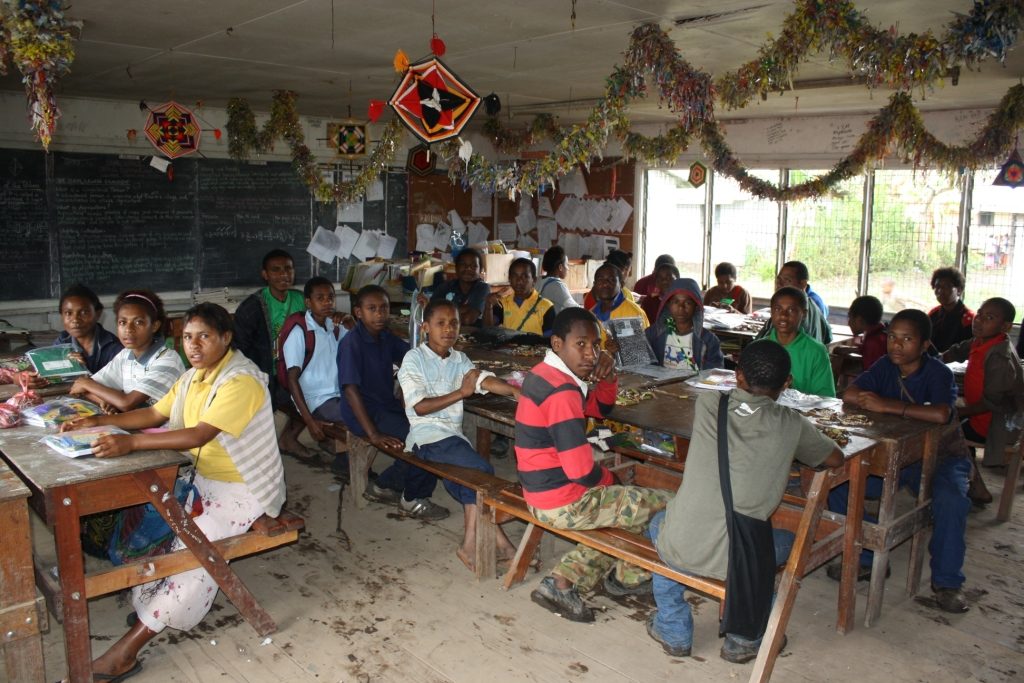 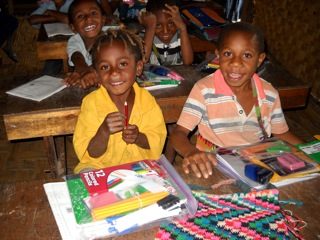 School is going to be rewarding this year thanks to our School Pal-Paks!

“Besides the School Pal Packs, NCM had put a few other things into the container,” Dooley stated. ” There were back packs, which were given to the students of Nazarene College of Nursing, and blankets that were given to pastors.”

Click the below links for more information on how you can be involved!

Thank you to Dr. Andy Bennett for contributing this story.  Dr. Andy and Judy Bennett are medical missionaries to Papua New Guinea.  Click here to visit their profile.