Nazarene History Made on Guadalcanal 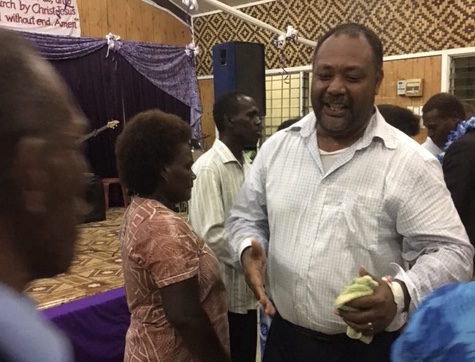 Solomon Islands: Nazarene history was made on the historic island of Guadalcanal, infamous in history for its place in the WWII Pacific Rim theatre. For the first time in 20 years, a “Solomon Islander” became the District Superintendent of the Solomon Islands.

But except by the grace of God, Dickson Manongi nearly missed the moment as medical personnel at the nearby hospital struggled to insert an IV into his severely dehydrated arm as a result of suffering from possible malaria. During the morning session, the assembly not expecting that he would be released from the hospital, prayed fervently for his health. 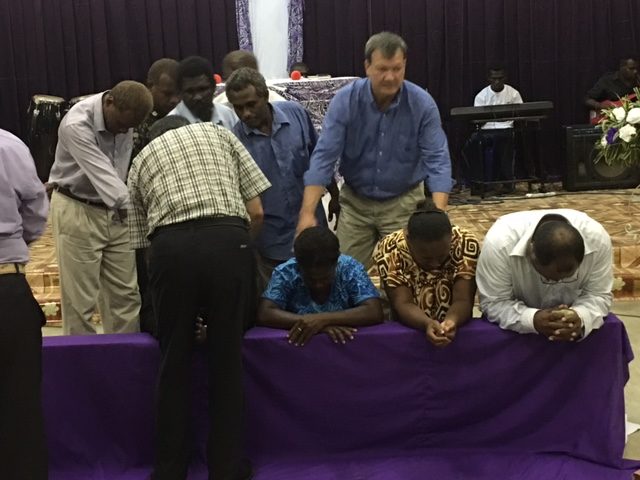 As the people began to gather for the evening service, Dickson and his wife Doris, to the joy of the crowd, arrived – still bearing the IV shunt in his wrist, with the promise to return to the hospital as soon as the service was over. Dickson, along with 5 others, was ordained in a moving ceremony by Dr. David Graves.

Spontaneous celebration began as Dr. Graves then announced the appointment of Dickson Manongi as the new District Superintendent of the Solomon Islands. It is no surprise that not even severe illness could keep Rev. Manongi away from the assembly.

Over the last couple of decades he has worked tirelessly beside others to establish the work of the Church of the Nazarene, and to develop and encourage its leaders in the Solomon Islands, while also working full-time as secretary to the Minister of Health and Medicine. During this last year he has visited each circuit pastor to help develop leadership skills and to hear each pastor’s heart. 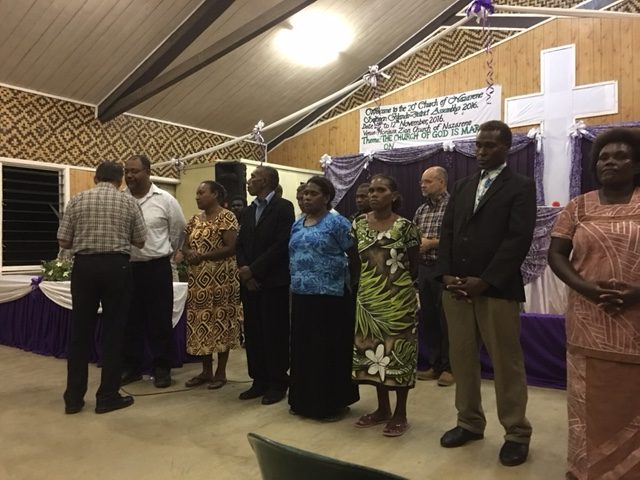 His vision for the district is clear – aggressively expanding healthy Nazarene churches in the Solomon Islands and beyond. He firmly believes that their mission as a district must extend beyond their own country. As an example, the Solomon Island District, though not financially strong, in March raised a significant sum of money for disaster relief in the country of Fiji, which had been devastated by Cyclone Wilson

God is at work in the Solomon Islands, and I had the privilege of seeing it first hand!