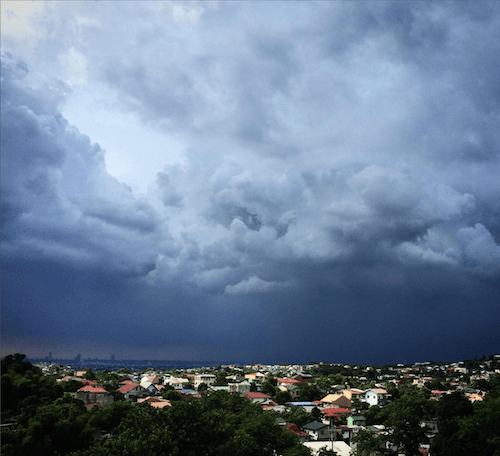 APNTS, Manila:  The season for rain and storms has started in the Philippines, evidenced by a tremendous storm that rolled through the area surrounding the Asia-Pacific Nazarene Theological Seminary this past Thursday, May 25th, resulting in a lightning strike and associated major power surge.  For those of you who know the campus, after speaking with numerous witnesses, it is believed that the strike came between the NCEE building and Nazareth Hall.

Asia-Pacific Resource Center Information Technology Supervisor, Sean Tinio, indicated that multiple systems were initially affected, including the Voice Over Internet campus-wide phone system and Wifi and internet access across the campus.   The team has been working diligently to identify the failed components throughout the campus and take appropriate measures to bring systems back online.

Please pray for the team and for the necessary resources.  In addition to the Seminary,  the campus is also home to the Philippine Micronesia Field Office, World Mission Communications Center, Nazarene Compassionate Ministries Manila, and the Asia-Pacific Resource Center.

While budgets are maintained for covering ongoing equipment repairs and replacement, a catastrophic event such as this stretches the limits.   The report as of Friday is that several system switches and other components need to be replaced.  If you could help financially – it would be so greatly appreciated.  A approved 10% Missions Special for the APNTS IT Systems can be found by following this link.