Living Jesus in a Mountain Village

Thailand: How does one survive in a tribal mountain village for a week lacking many of the western modern conveniences when the temperatures are running in the high 90’s, lacking the ability to converse normally, for the lack of a common language, and eating meals that are not one’s normal fare without the hope of becoming famous or winning a million dollars?

The SNU In Missions (SIMS) team from Southern Nazarene University managed excellently.  They managed with nary a complaint. They managed without bickering. And they did more than survive.  Each member, Mark Solis, Matthew Lawrence, Laura Waggoner, Shawnie Hunt, Jonathan Hane, Nathan Schauer, and their sponsor, Eileen Ruger excelled because they arrived in the Hmong village of Pabujom with the sole intention of ministering.

The team visited the local school on two days to help the upper level students with their English lessons.  They also joined in playing games with the children and older fellows that were unfamiliar.  The girls joined in doing needle work with some of the ladies in the village.  We shared stories of how Jesus has been working in our lives. Then the week was capped off with a worship service and participation in communion together.

It was a different type of week in that the type of evangelism in which we engaged was to live out how Jesus makes a difference in our lives on a daily basis.  From an observer’s point of view, these college students experienced a life changing week and the folks in the village witnessed that a life with Jesus is more than a set of rules and rituals.

Much time was spent in prayer by many for this week.  It seemed that our adversary, the devil, was using many ways to hinder this work by trying to defeat me and put me out of commission with a kidney stone (which I still have), interrupting plans and preparations for the team, delaying the arrival of the team in SE Asia by three days and afflicting several of the team members with some health issues.

Thanks be to our Eternal Father.  Our adversary was not successful.  The Lord provided strength and ability to overcome the challenges that we faced.  We praise our God for how He worked in the lives of the team members and the lives, hearts and minds of many of the villagers. 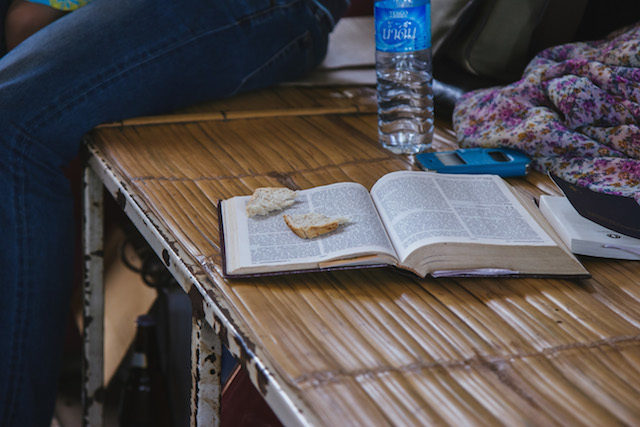 “We had the opportunity to have communion in the mountain village where we were staying with the only three Christian families in the entire village!! This was the first time for several of those present to take communion. It was our SIMS team, Kent, and the heads of all three families as well as Kent’s son and daughter in law. 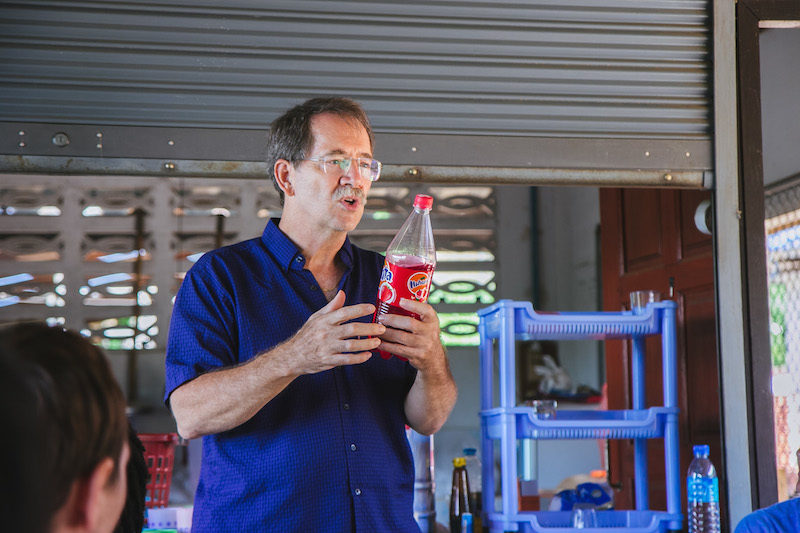 Communion was a little red soda and a pinch of a slice of bread. Using what we had. Nice to know we believe in a God who is not limited by our “instruments” for communion!” – Jonathan Hane

The SIMS program offers SNU students a wide range of summer opportunities for ministry and service around the world.

The goal is not just to go “do” a project or “have” an experience. Instead, it is for each SIMS team, as they enter a given ministry context, to have the opportunity to serve together with Christians there, worship together with others, spend time with others, bless others, learn from others, grow in their faith, deepen their knowledge of God, and expand their understanding of God’s world and God’s mission in the world.

For more information on SIMS teams, follow this link.