Like Paul on the Damascus Road, Witch Doctor Encounters God in Amazing Way!

Myanmar, Southeast Asia Field:  The conversion of Paul is famous for its story of how Paul, on the road to Damascus to persecute the Christians, was met by God and changed for eternity. A similar miraculous scenario happened in the country of Myanmar. 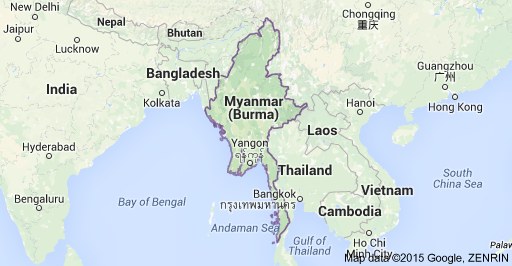 Living with the Karen people in the countryside of Myanmar was a “witch doctor.” The locals reported that this man  would drink huge amounts of rum and yet not be affected. It was also said that ten village men could not restrain him.  When a Church of the Nazarene was planted in his area, he went out to challenge the church. However, on his way to confront the pastor, he fell down unconscious.

As  this man lay stricken on the ground, two Christian girls of around ten years of age came and began to pray for him. They prayed over him continuously for two hours until he revived and was freed from the grip of the demons that had inhabited him. 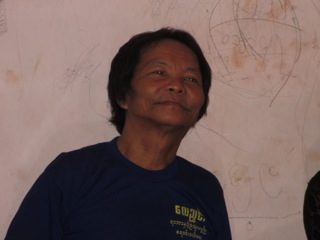 Since this life changing experience,  a lot of great things have happened in his life and in the life of the Church! Today the former witch doctor is now a lay pastor in a local Church of the Nazarene. The two young girls that prayed over him have matured and now each one of them is pastoring a congregation in Kayin state in Myanmar. Their ministries continue to be characterized by strong prayer lives. 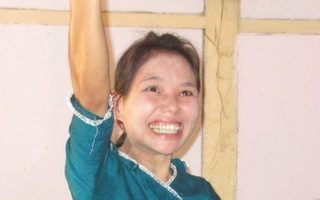 One of the young girls, now grown up and pastoring a Nazarene Church of her own.

One of these young pastors prayed together with her congregation for the correct location to dig a well.  After one month of dedicated prayer, the location was revealed to the pastor in a dream. The congregation dug where the pastor had been shown and encountered no bedrock blocking their progress. The well was deep and clear and now  provides clean water to the community throughout the entire year.

We really do not know what was happening to the witch doctor while he was lying unconscious but one thing is for sure, God encountered him and used the prayers of two little girls to deliver him from demons that for so long had enslaved him.

Indeed God is still in the business of meeting and transforming people in places, instances, and ways we least expect. Let this story encourage us to devote our days to the Lord, being alert to His leading and obedient to His call. We  never know when the Lord will lead us to that next life that he wants to impact through us!

Please continue to pray for our pastors, church members, team members and the work of the Church in Myanmar.

(Due to sensitivities in this area, specific names of the churches and individuals involved have been omitted).