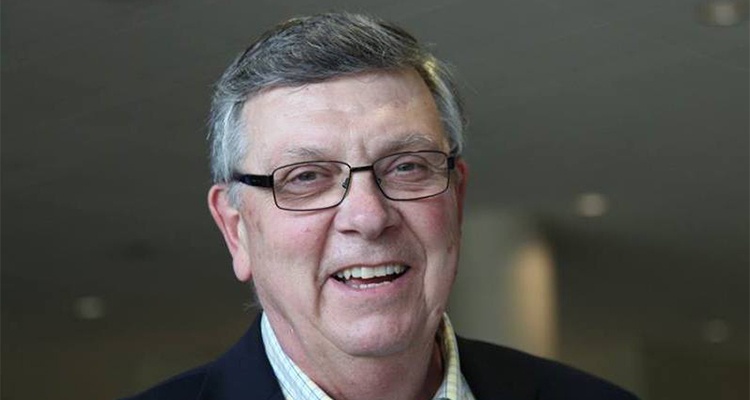 Grand Ledge, Michigan: John Seaman, superintendent of the Michigan District and a former Church of the Nazarene missionary, passed away 19 March. He was 69.

“It is with great sadness I tell you that Sunday night around 6:15, our beloved friend and leader, Dr. John Seaman, transitioned to eternity,” wrote Interim Michigan District Superintendent Glen Gardner. “I like to think that Dr. Seaman joined the heavenly choir and is singing and laughing and rejoicing.”

Seaman underwent surgery for a malignant brain tumor in August and had been receiving chemotherapy treatment. He was moved to a hospice facility 11 March.

“John was a personal friend, a mentor, and one of the most passionate and committed churchmen that I had the privilege to have known,” said Gustavo Crocker, general superintendent in jurisdiction. “There are literally thousands of lives in many countries that have been touched by such a Christlike servant. Mine is one of them. Dr. Seaman will be greatly missed.”

Seaman and his wife, Linda, began serving as missionaries in 1976, first in Martinique. In 1987, they were reassigned to Côte d’Ivoire to pioneer the church’s work in West Africa. After leaving the mission field in 2003, John was elected superintendent of the Michigan District.

He held a Bachelor of Arts from Olivet Nazarene College (now University) and a Master of Arts and Master of Religious Education from Nazarene Theological Seminary.

In addition to Linda, John is survived by their three children: Kendra, Lauren, and Ketly.

A memorial service will be held in April. More information will be posted as it is available.

Prayer is requested for the Seaman and Michigan District families.

Below are details from Dr. Seaman’s son, Lauren on the specifics of the memorial service. These information are also posted on Michigan District Church of the Nazarene’s Facebook page:

The memorial service will also be live streamed at jaxnaz.churchonline.org.

Thanks to all your prayers and support these many months.