Cebu, Philippines: The Asia-Pacific Region rejoices with the arrival of  John & Fonda Reynolds on their first-ever mission trip. 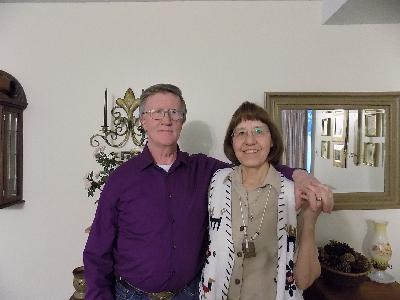 John & Fonda have been married for over forty years and have lived in many different places across the U.S., such as Kansas, Colorado and Texas.

John was involved in different types of businesses, which explains why they moved around a lot. Prior to coming to the Philippines, he owned a hardware and auto parts store in Minneapolis, Kansas. Fonda, on the other hand, was a practicing nurse for more than 35 years. She worked in hospitals, doctor’s offices, home care facilities and hospices. She also taught emergency care in different schools.

God’s test of faith to John & Fonda came when their son Doug died at the age of 3.  John believed that this trial brought them closer to God. Ever since, the couple has tried to be as active as their talents would allow wherever God has placed them. They have served as teen sponsors and teachers of teens and children.

It was only 4 years ago that John felt God calling him to missions. He went on a business trip to the Philippines and during his visit, John felt that, “The Lord planted in my heart the love for the Filipinos.” He was drawn to the Filipinos’ friendliness and their family-oriented culture. “Even if they don’t have a lot, they’re happier than anybody that I’ve ever seen,” he added.

John came home a changed man, and he sat down with Fonda and told her about God’s calling. Fonda was hesitant at first because she did not want to be away from their family and friends. After much prayer, she came to realize that her job was to come with John and support him.

The Reynold’s calling further intensified when missionaries visited their church and talked about their experiences. John felt that he and Fonda could serve as missionaries in the Philippines.  They continued to pray, asking God to put whatever talents He had given them to good use and to put them in an area where they could serve Him better.

They submitted their application, but honestly, were not expecting anything to happen.  Then, last year, the Lord opened a door for them to come to the Philippines. 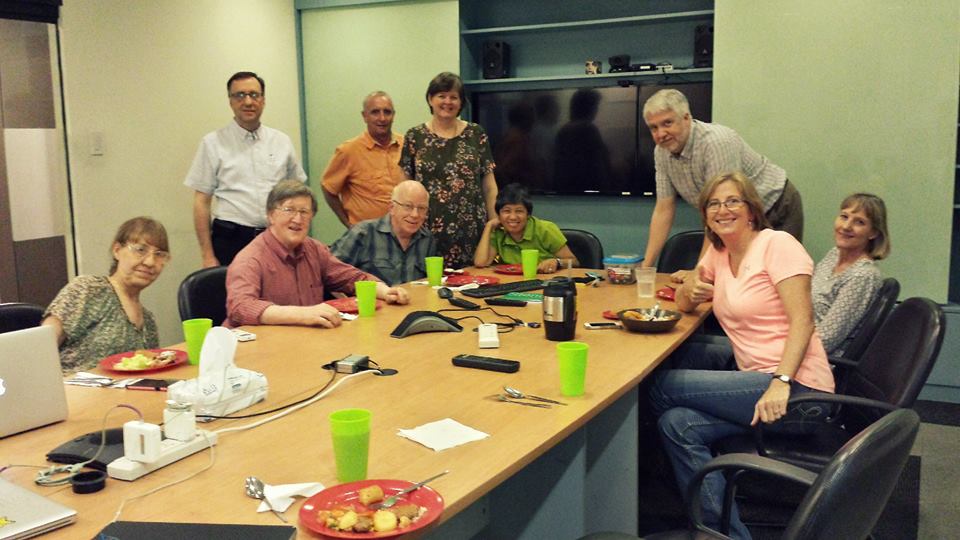 Fonda & John (first and second person from left) while having lunch with the other missionaries in APNTS.

John and Fonda arrived in Manila two weeks ago and stayed at Asia-Pacific Nazarene Theological Seminary. On July 31 (which is also Fonda’s birthday), they made their way to Cebu where they will be staying at the Visayan Nazarene Bible College (VNBC) for three months.  John and Fonda will help the school with construction and electrical work, and will work with Philippine Micronesia’s Field Strategy Coordinator and VNBC Officer-in-Charge, Ptr. Stephen Gualberto,  regarding what they could further do to help.

John and Fonda do not know what will happen after three months, but Fonda says, “We are resting our faith in Him. All the time I’ve been praying and maybe this is what the Lord has brought us here to do.” The future may still be uncertain, but this is what John and Fonda know for sure; submitting themselves to the Lord’s leading on this trip has been a huge step of faith, and has  brought them closer to God.

John and Fonda’s hunger and thirst to respond to God’s calling is something to be admired. Not everyone would be brave enough to step out of the boat of their comfort zone in such a leap of  faith. We are very thankful for their indefatigable trust in the Lord.