God is Moving In And From The Mountains!!! 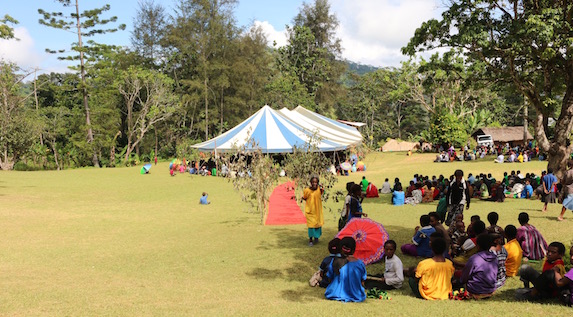 The Conference was without a doubt a fellowship orchestrated by God. It was not hosted in the modern PNG city centres of Port Moresby or Lae, but in the beautiful, rugged mountain terrain of the Jimi Valley. Our visitors would agree it could not have been hosted in a better venue than the Jimi. 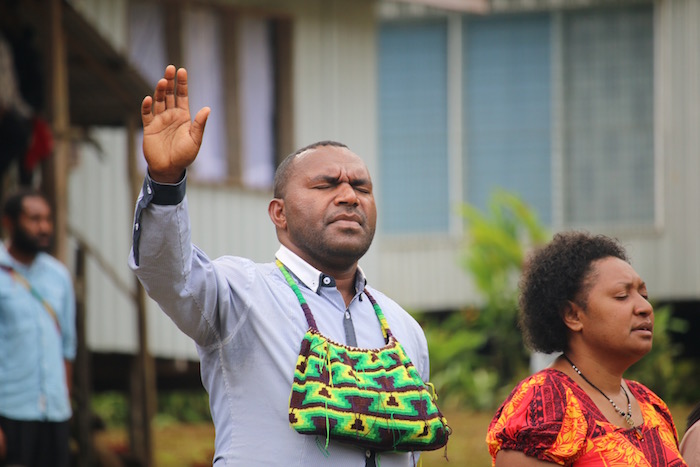 NYI Leaders in prayer for the Conference

The impact of the Conference meant many things to many participants. We continue to read on social media their reactions and responses.

The Youth Leaders Conference was not only important for NYI Papua New Guinea but for the entire NYI ministry in the Melanesia South Pacific Field. The mere presence of Regional and Field ministry leaders, camping and mingling with participants for five days,  broke barriers and built bridges. Interactions like this bring out the “I” in NYI – something the young people in the remaining MSP Districts desire.

More importantly we must now answer the question, “Where to from here? How has God used the Bromley conference to equip participants to impact their communities? What is the extent of the Jimi Valley experience?”

For now we know that the following were addressed, amongst other important issues and topics, and there is the necessity to continue the encouragement and work with our people: 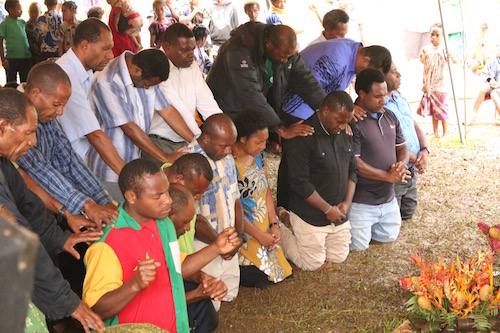 PNG NYI Leaders being prayed over by pastors and other leaders

Frankly, with all they have learned in the conference, participants will discover more as they continue the journey with God. In closing allow me to share this story. It occurred immediately after the Jimi Valley experience.

A young man came to the conference burdened by the Lord for the wounded and misguided young people in his community, peers who, from time to time, would sneer and ridicule him for being a Christian. He still saw them as his friends and came seeking ways to help them know the Lord he has come to love and serve. God was ministering to him during our time together. He was simply encouraged to trust the Lord; to LOVE those God has called him to serve and not to quit on them. After all, since it is the Lord who has burdened him, it is the Lord who will show him the strategies and methodologies. 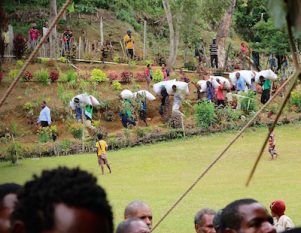 Men carrying in the large bags of clothes 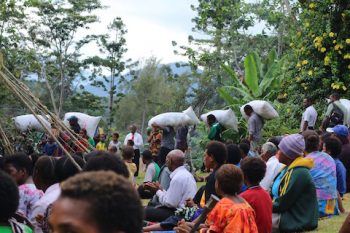 Bringing the gift to the tent 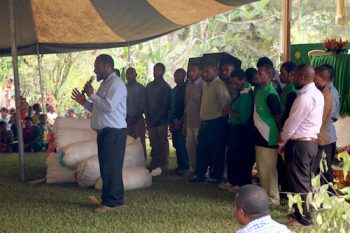 On Christmas Day he was returning from an evening service when he encountered several of his friends, all of them disorderly, heavily influenced with alcohol and out of sorts. As he recounted the events, they did something he never anticipated. One of the worst ones ran up to him and rather than ridicule and insult him, he hugged him and began to pour out before him saying he wanted to give up on the habits and lifestyle that was not helping him, to repent and live the new life with Jesus. Two others joined in each wanting the same thing – a fresh start with Jesus. They sought the young man’s forgiveness for all the times they had ridiculed him. The young man was left utterly speechless. He went seeking in the Jimi and found that God was already working. One thing is clear; he now knows where to start and that is to continue the ministry with them. He is grateful to God for the opportunity and loving the discovery.

He messaged a summary of the events and penned down the following reaction:

“…brother I didn’t say anything to them; I didn’t even preach to them but am amazed to see that God is doing great things. My heart is filled with joy. To God be the Glory. Now I know it’s the love of God…so am not going to give up.”

As we move forward, we can all agree that this is God’s Kingdom and He will build it the way He sees fit.

Let us in humility, love and wisdom, working in unity, serve others as we obediently follow Him and let God be God.