Indianapolis, Indiana:  The last two weeks of June saw the culmination of many months of preparation by the World Mission Communications Asia-Pacific team (WMC-AP), as the 29th quadrennial General Assembly for the Church of the Nazarene was held in Indianapolis, Indiana. 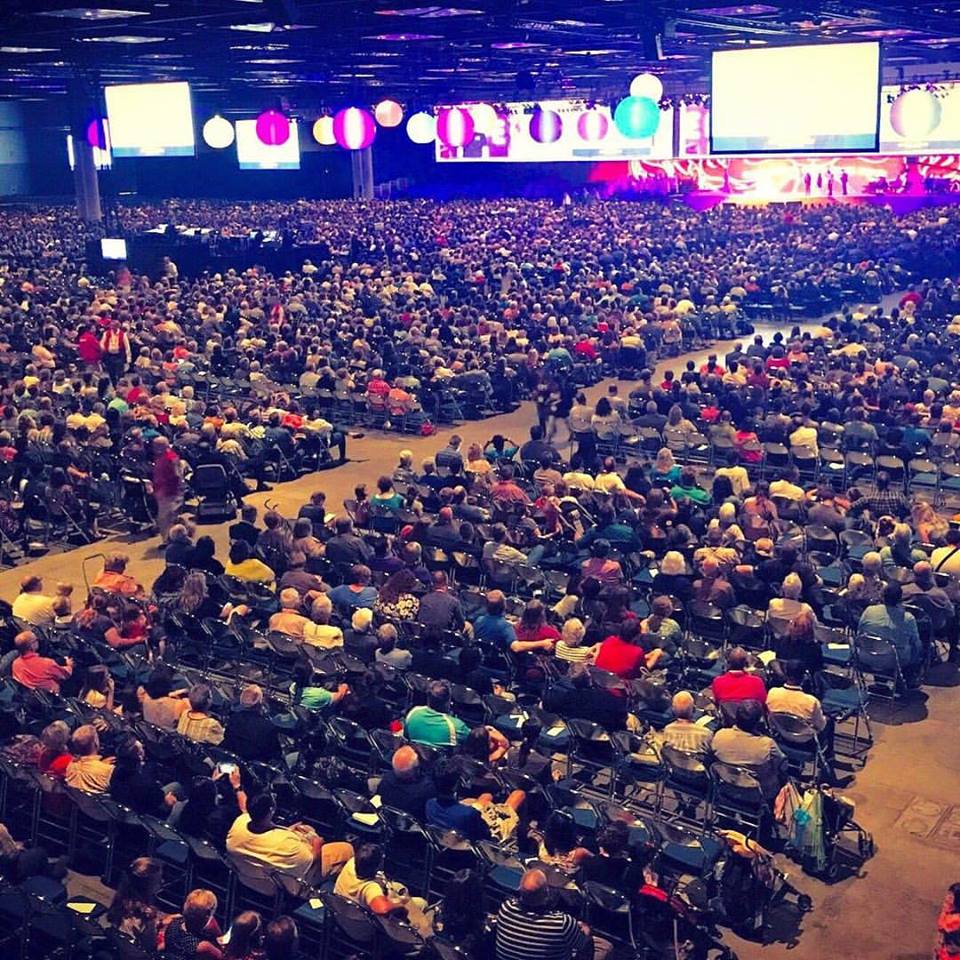 Every four years, more than 20,000 Nazarenes from around the world gather for General Assembly and Conventions. This global family reunion includes times of worship, service, fellowship, training, and making important decisions that will affect future generations of Nazarenes. Activities like exploring the Exhibit Hall, attending workshops, meeting old and new friends at alumni events, and cheering on students in the World Quiz competition are just some of the many things to do at this memorable event!

The WMC-AP team played a significant role this year in the planning and production of the SDMI convention.  This included everything from developing the main plenary program flows and coordinating speakers to preparing graphics and videos for presentation throughout the convention. 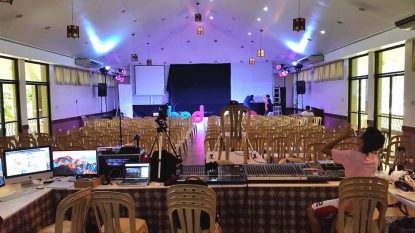 Preparation for the NYI Remote Site in the Philippines. 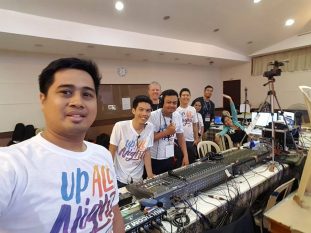 The WMC-AP Team coordinating the sound/video logistics at the AP Region Remote Site. 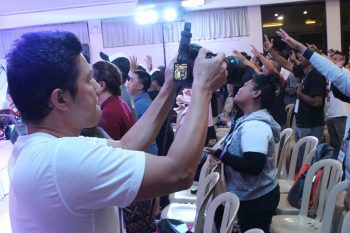 The Remote Site was a great success! 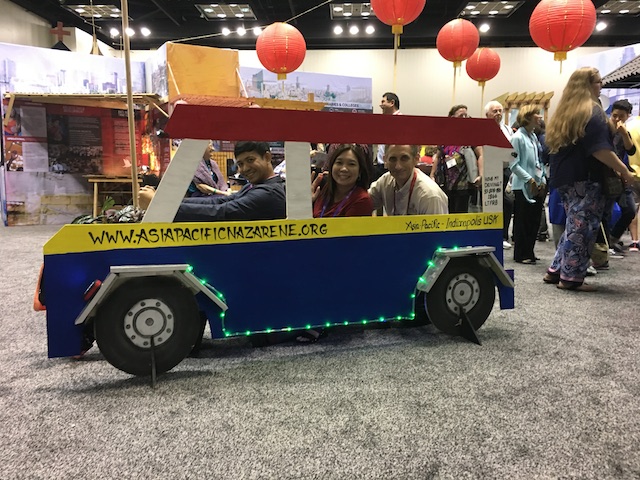 Great fun was had at the Asia-Pacific Region’s booth.

Team members, Grace Tia and Priscilla (Pinky) Mayshle traveled to Indianapolis from Manila to help facilitate the SDMI convention and build the Asia-Pacific Region’s exhibit booth.  In addition, while these team members were traveling to the U.S., the WMC-AP team was also at the Rizal Re-creation Center working to host the Remote NYI Site, where nearly 200 delegates from around the region (those unable to travel to the U.S.) were able to participate through a linked video system.

“At the end of the convention as the delegates left, I am convinced the goal of each delegate leaving inspired, motivated, informed, and resourced was met,” said Dr. Woodie Stevens, Global SDMI Director. “Your role [WMC-AP] was a critical part of making that happen. We could not have pulled it off with such excellence without this team.”

The NCN News Team has compiled several stories about significant happenings that occurred during the General Assembly, including the installation of the 42nd and 43rd General Superintendents, Filimao M. Chambo and Carla D. Sunberg.  Follow this link for all of the updated General Assembly stories.