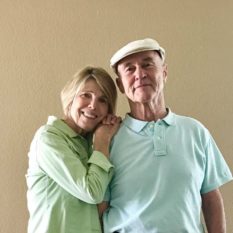 Vanuatu:  It was June 2017 during the General Assembly and Conventions in Indianapolis when Linda “just happened” to sit on a bench in the Asia-Pacific Region booth. She was there to post some photos on Facebook. But while there, an Asia-Pacific missionary “just happened” to walk up and they struck up a conversation about cross-cultural ministry.

The missionary was David Potter, who with his wife Sylvia, is helping to develop the Church in the South Pacific island nation of Vanuatu. Later that week, the Potters met Jim and Linda and shared about the need for someone to come and teach English to pastor graduates and those working toward various certifications. Since Linda had extensive experience as an English as a Second Language (ESL) teacher, she and Jim agreed to pray about this urgent need.

Over the next few weeks, the frequency of emails and prayers became more intense as Jim and Linda explored this possibility. They wanted to make sure that this was where God was calling them to serve. The turning point came one day when they remembered their own struggles in learning to speak Spanish. “Each time God placed a teacher, a tutor, a class, an opportunity for us to inch our way to the next footing in Spanish, we celebrated! What if these English learners in Vanuatu feel like we feel? What if they need someone to help them inch their way to their next foothold in English?” 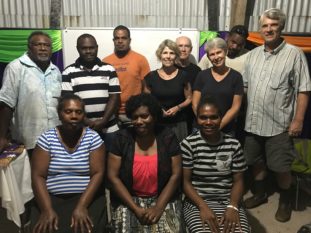 Jim and Linda knew that God could use other people to go and teach, but they kept thinking back to the conversation that “just happened” on the bench at General Assembly. “What if WE can make a difference in the lives of pastors in Vanuatu just as our language teachers have made a difference in our lives?”

After much prayer, Jim and Linda said “Yes” to a short-term assignment! And on January 23, Jim and Linda Dortch flew to Vanuatu where they are now on a 2-month assignment as English teachers in South Pacific Nazarene Theological College. They are also helping with English Conversational groups as an outreach program for the local Nazarene church. And they “just happen” to be loving it!

God calls us in different and often unexpected ways. Our responsibility is, like Jim and Linda, to be open to His voice, to seek His direction, and to obey His call. 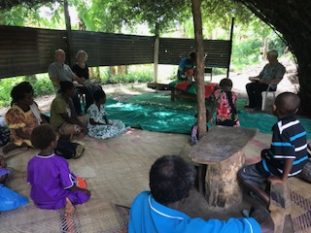 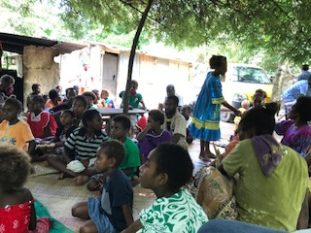 Members of the Nazarene Tribal Church

For more information about Jim and Linda’s assignment in Vanuatu, go to: http://steppingstonejourney.blogspot.sg

Grace Tia is the office manager of the World Mission Communications Asia-Pacific.