Five Months Post Cyclone Pam…Vanuatu Recovering. Thank You For Your Prayers and Partnership!

Port Vila, Vanuatu:  The face of Vanuatu was drastically changed in the aftermath of Cyclone Pam’s devastating passage on March 13th, 2015.

David and Sylvia Potter, who just returned to Vanuatu from home assignment, bring this updated report on the status of the recovery efforts in Vanuatu:

David and I have been away from Vanuatu for the past 4 months doing our home assignment in the United States. We left Vanuatu just one month after the cyclone. Our partners, Revs. Peter and Jenny Isaac, handled the relief and recovery efforts while we were away and did a wonderful job!

We are happy to see that Vanuatu is much greener, which means that some trees are showing signs of life. But, the effects of the cyclone are still very apparent everywhere. Recovery is quite slow! 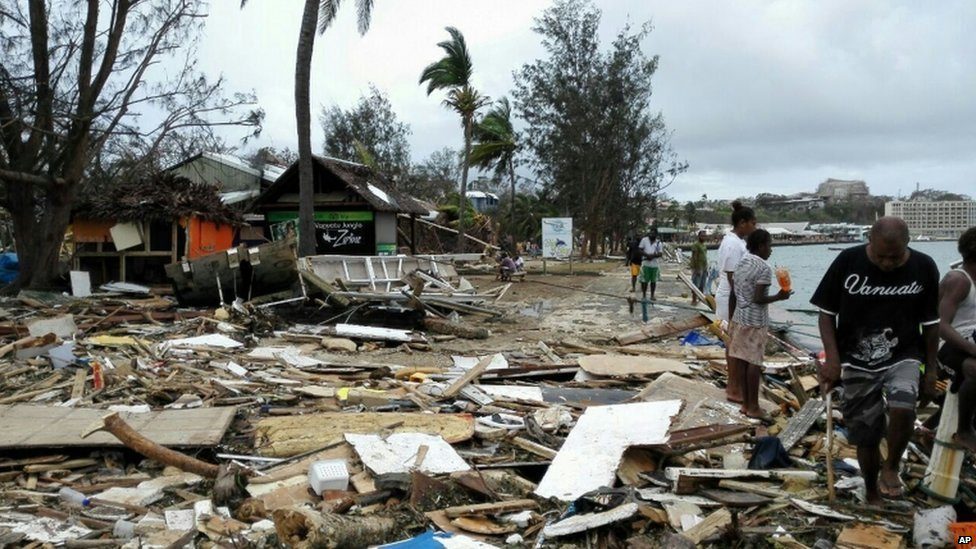 We were so blessed after the cyclone by the tremendous outpouring of love from around the world as people partnered with us through Nazarene Compassionate Ministries (NCM).

From the very first day after the cyclone, we were able to begin purchasing the supplies that were needed to share with our church congregations so that they could in turn reach out to the people in their communities. The love and compassion that people saw being offered by the Nazarene churches has sparked interest and enthusiasm and many new people are coming to our churches. 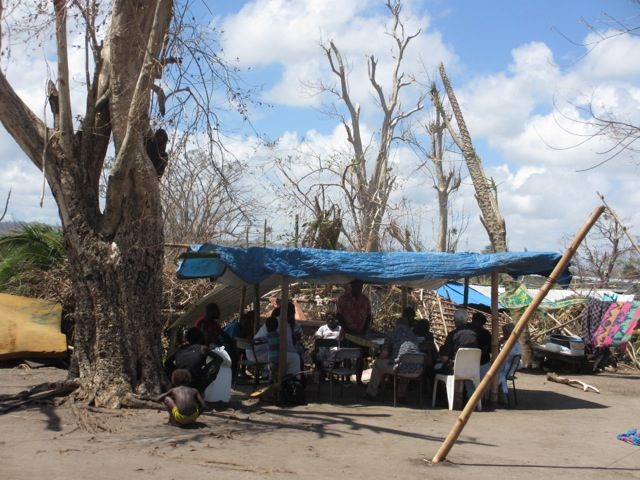 The people of Vanuatu are quite resilient! The day after the cyclone many of them were gathering up the bits of corrugated tin that made up their homes, and some of them had nailed the pieces together again to make a shelter within a week’s time. The Church of the Nazarene in Vanuatu supplied tarps, nails, and hammers to our church communities to help them with the process of rebuilding. Several of our pastors are still living in make-shift homes. To some extent, it is a way of life for them, but it certainly has its stresses!

One of the biggest challenges for the people in Vanuatu is that their gardens were destroyed by the cyclone. Their staple foods are root crops like cassava, sweet potato, taro and yams which take quite a long time to grow before they are ready to harvest. Right after the cyclone, the people harvested what they could from their gardens, and then, re-planted their gardens.  Just recently, the government issued its last ration of rice to the families in Port Vila.

The Church of the Nazarene has provided literally tons of rice to our church communities to distribute among the people in their areas. Without this, many people would have starved. 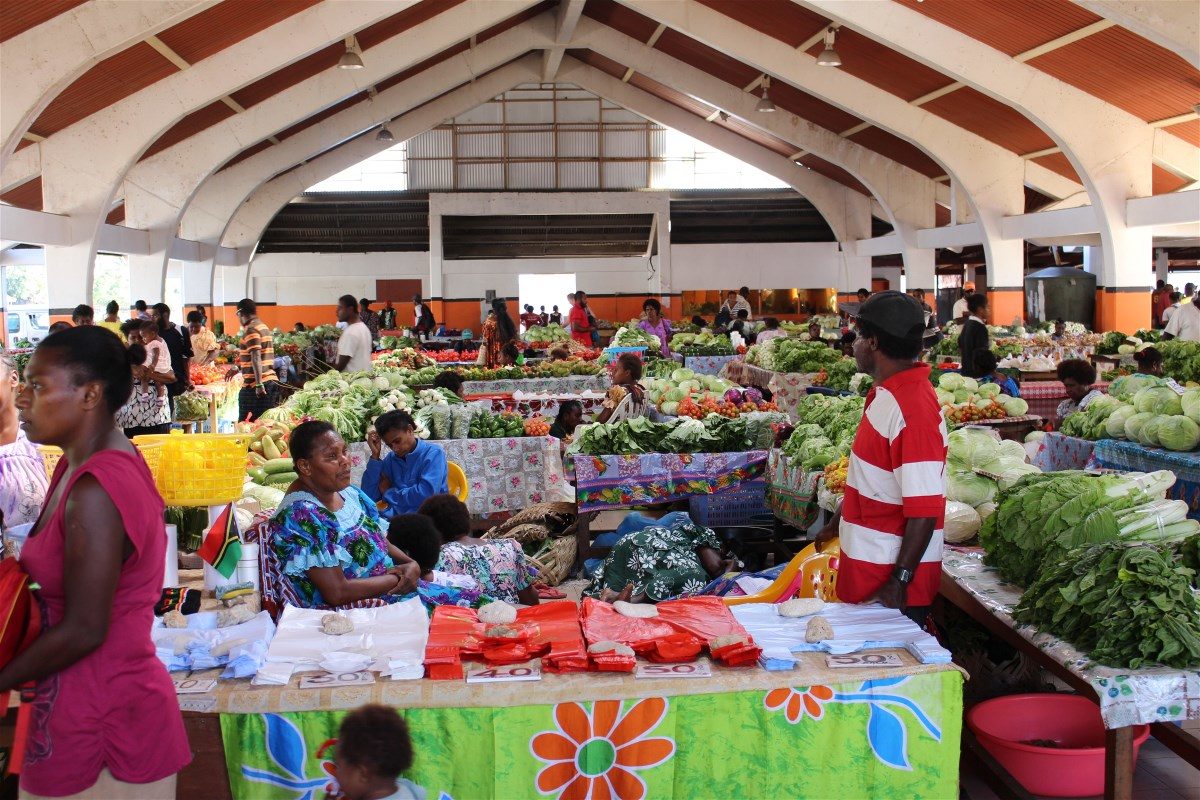 Local garden harvests are starting to appear again in the market.

We have continued to listen to people as they share about God’s blessing on their vegetable gardens!  We’ve seen people doing fund raisers by joining their food resources.  Several folks at our Prima and Black Sand churches, have indicated that their sweet potato and cassava gardens are doing well.  Today at the market, there were more baskets of sweet potato, taro, yams, and some cassava, as well as lots of other vegetables.  I heard today from a woman who has been helping on Tanna, that the coconut trees were blown down there. Coconuts are another of the main foods for the people in Vanuatu. 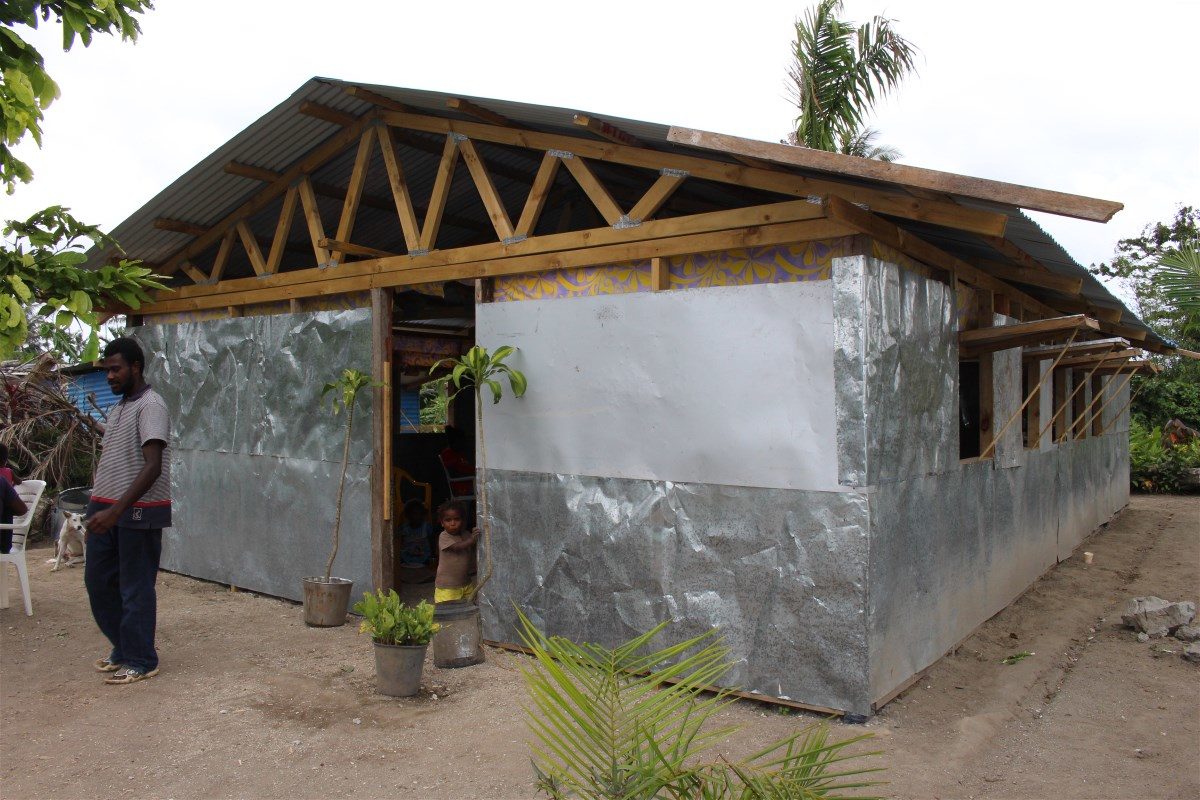 Two of our church shelters here in Port Vila that were blown down by the cyclone have been rebuilt using disaster relief funds. This brought comfort and hope to the congregations and a sense that they were loved and cared for. Two teams of our Port Vila Nazarenes went to two islands to the south, Aniwa and Tanna, where we have Nazarene congregations, and distributed bags of rice and tarps. The Tanna team helped to build a new church shelter. Both teams took the opportunity to share the love of Jesus and the Good News as they were on the islands. 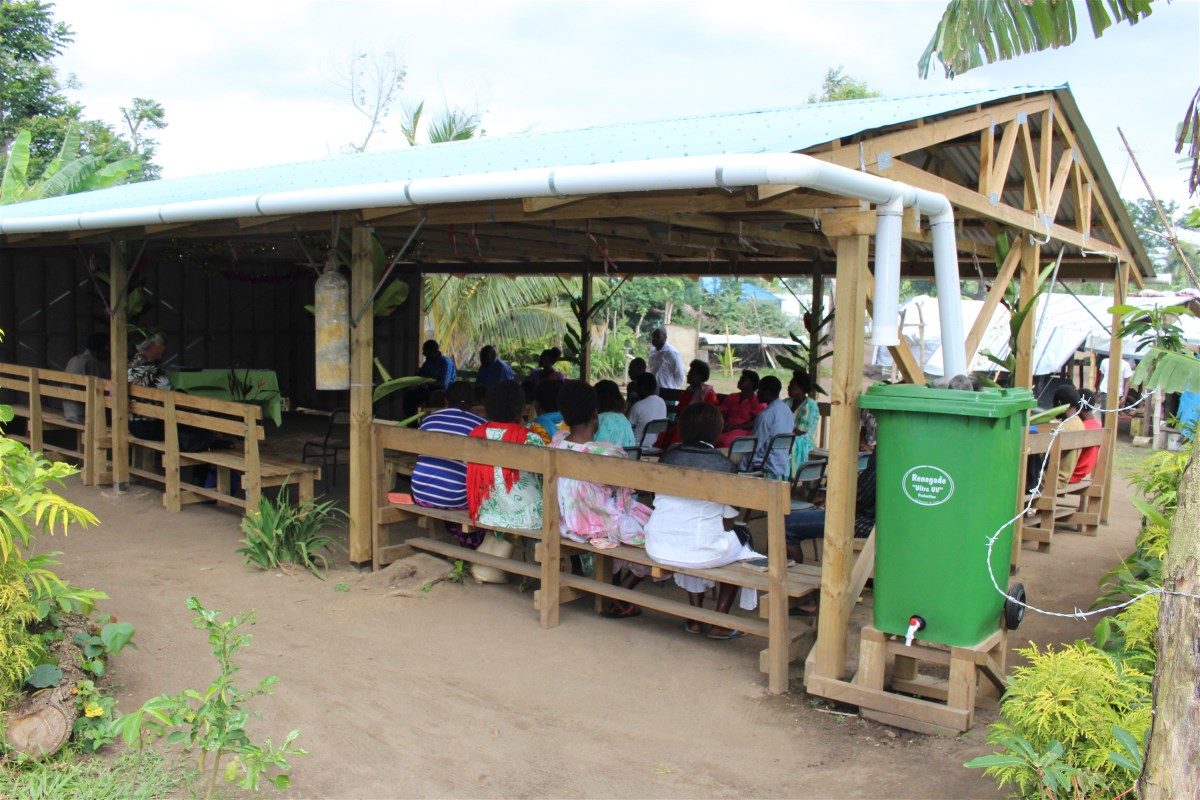 We talked with two of our pastors and District Superintendent Peter Isaac, about the possibility of turning some mission property into garden space for church people who have limited available land for gardening.  There was strong interest in developing a community garden.

During our visit with church members, we were told of an incredible story of God’s miraculous hand.  One of the men told about a domestic fight that broke out, where a log was thrown at a woman.  But instead of hitting the woman, the log landed on her small baby who was crawling nearby.  Those present during the incident, immediately wanted to attack the man who had thrown the log but instead, decided to pray.    There was immense joy as they shared the story, and showed us the small child, who was literally raised to life and is well today.   They then showed us the log, nestled in the rafters of the front of the church as a reminder to pray and of God’s healing of the little boy.

God is truly at work in Vanuatu.  Thank you for your continued prayers, please see the following specific prayer requests.