Manila, Philippines  – “Nominee no more!” These were the very words shouted as Pastor Jordan Escusa went up to the stage to receive the Best Radio Jock award in the “Kapisanan ng mga Broadcaster ng Pilipinas” (KBP) 22nd Golden Dove Awards held at the Star Theater, Philippines on April 29, 2014.

Annually, the KBP Golden Dove Board comes together to decide and choose the awards, and after being nominated two times in a row, Escusa, finally won the judges’ hearts for the said national recognition.

Escusa is a writer and the host of Perfect Rhythm (PR) on DZAS 702 KHz Far East Broadcasting Company.  PR is a one-hour inspirational youth oriented program, which airs internationally every Saturday, at 11:30 am.  The radio program has been providing relevant truths and biblical insights for 8 years, to both local and overseas Filipinos, as well as to listeners from many different countries thanks to the internet and live streaming radio!

Beyond radio broadcasting, Escusa is also a youth ministry machine! He’s young, active, and contagious. He loves Jesus and has an extreme passion for effectively sharing Jesus to this generation. He has a way of ministering to them like a sheep in a wolf’s clothing. He is currently serving as the youth pastor of Taytay Church of the Nazarene and the director of Generation Congregation (GenCon).

“I would like to thank all the people who supported me and mentored me,” said Escusa during his acceptance speech. “Thanks to my wife, my family, friends, the Church of the Nazarene, for all of their prayers and love and most of all to the Lord Jesus Christ!”

We celebrate together and share Escusa’s victory. As a church we are honored to be able to compete, to be recognized for excellence, and to have the opportunity to boldly and publically give the credit to the Lord. Our ministry is significantly moving into the next level and we are privileged to have people such as Escusa and many more who are responding to the rapid developments.

We hope and pray that this victory will challenge and encourage many to step up and excel in their God-given gifts and talents for the glory and the expansion of God’s kingdom. Together we can go further!

KBP is a national association of broadcasters in the Philippines that is committed to rendering to the public the highest standards of service, through upgrading the broadcast standards from the technical, creative, ethical, legal, social and psychological perspective. The KBP has created the Awards and Recognition Committee to confer awards of recognition to individuals, groups and stations who have contributed directly or indirectly to the broadcast industry and who have shown outstanding performance and contributed to the improvement and upgrading of standards in their respective fields (cited from the KBP Brochure). 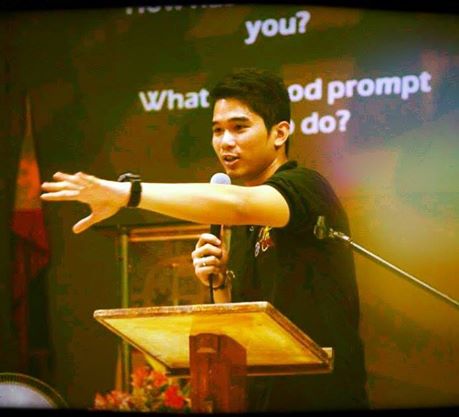