The Asia-Pacific Region is pleased to announce that Dr. Donghwan (Bill) Kwon has been appointed as the new Field Strategy Coordinator for the Southeast Asia (SEA) Field. Among other positions, Dr. Kwon served a professor at Asia-Pacific Nazarene Theological Seminary, Country Coordinator for Myanmar, and Chancellor at Chapman International College. Dr. Kwon succeeds Rev. David Phillips, who is retiring after serving as FSC in Southeast Asia since 2012.

It was at Asia Pacific Nazarene Theological Seminary (APNTS) that Dr. Kwon heard the call to missions. He described this call saying, “Jesus calls his disciples and leads them to follow him. I was a full-time professor at APNTS and director for WMC-AP. It was great but later, I felt that God led me to something that I have never experienced. When I came to visit a small community named Rowenas, in the Philippines, I realized that God prepared something that I had never experienced. There are thousands of precious people who need the Lord. And I found the footprint of Jesus there. The three years of precious time with the people in Rowenas led us to go where He wants us to go. We listened to the voice of the Spirit that came to our dream. It was not a Macedonian man but David Phillips…and the land in which we arrived was Bangkok. Praise the Lord!” Bill and his family had been active at APNTS, teaching communications for ten years. Obeying God’s call, he and his wife, Mill, left his position to join Nazarene Missions.

It was in 2014 that Dr. Bill Kwon began serving the country of Myanmar as Country Coordinator. Later he became the District Superintendent of the Myanmar District. By focusing on church planting and mobile education, the church in Myanmar has experienced tremendous growth. Today, there are now three districts in Myanmar with over sixty-five churches. 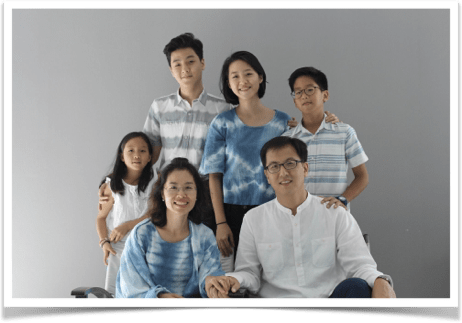 In 2015, Dr. Kwon was elected as the chancellor of South-East Asia Nazarene Bible College (SEANBC). Like Myanmar, the college experienced growth in all areas of the South-East Asia Field. In the most recent graduation ceremonies, over seventy students graduated in Myanmar, Thailand and Cambodia. Bill has a world-wide vision for education and in addition to growing the various physical locations for the college, he also began developing mobile education. To reflect a new world-wide vision, Dr. Kwon and his team changed the name of the college to Chapman International College (CIC).

Now Dr. Kwon is taking on his largest role.  In discussing this new assignment, Bill said, “My vision as FSC is simple but clear, ‘To make the missional field.’ It is my desire that all SEA field missionaries and local leaders would do the following: first, listen to the voice of the Spirit; second, go and share the gospel wherever the Spirit leads; third, find a person that God has prepared like Lydia; fourth, teach and make disciples; and fifth, plant missional churches that multiply in Southeast Asia. This field is very challenging, but I believe that God is greater than any obstacle before us. We need to hold tight the hands of Jesus and be in the movement of God. We need to experience a greater work of God than has ever been seen. The harvest time has come. It is now and here.”

Please pray for Dr. Kwon, his family, and the SEA Field as they take on this new role.