Those can be some very thought provoking words for a first-time District Superintendent.  In most cases the new leader has completed bible school, seminary, has been solidly grounded in theology, New Testament, Old Testament, evangelization, member care and church polity.

But what about leadership?  With the passing of a word and stroke of a district secretary’s pen, the pastor of a local church is thrust into the position of leading a multi-faceted organization, similar to senior management in a for-profit corporation.  Now what?

This is not a problem isolated to the Church of the Nazarene.  According to Forbes Magazine, the pool of qualified managers is diminishing and the number one reason given was a lack of training.  The Harvard Business Review states that in corporate America,  the average age of first-time managers is 30 years old, but yet the average age of those in leadership training courses is 42.  This means that for more than a decade, new leaders have been left to drift like a ship without a rudder.

All pastors want to experience success in their ministry.  They have been called to make Christ-like disciples and to be successful church planters of churches that plant churches.  This is a tremendous calling.  How can we help our District Superintendents be successful in their roles, so that they in turn can be the mentoring leaders to their pastors and districts?

Asia-Pacific Regional Director Mark Louw and the regional field strategy coordinators are tackling this need for leadership development head on.

One of the models being implemented on the region is one that was developed and successfully deployed on the Africa Region, that of an orientation and training program for all District Superintendents. 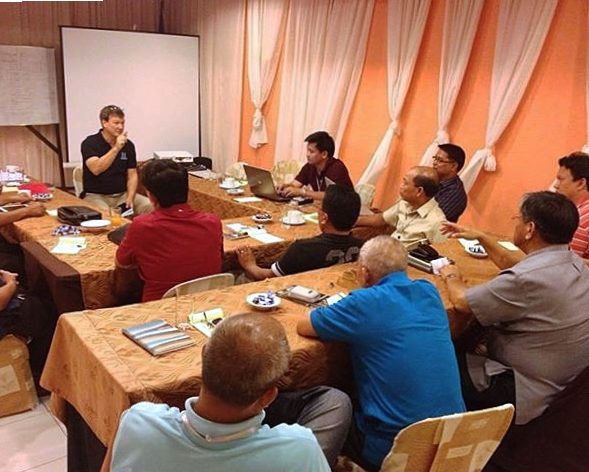 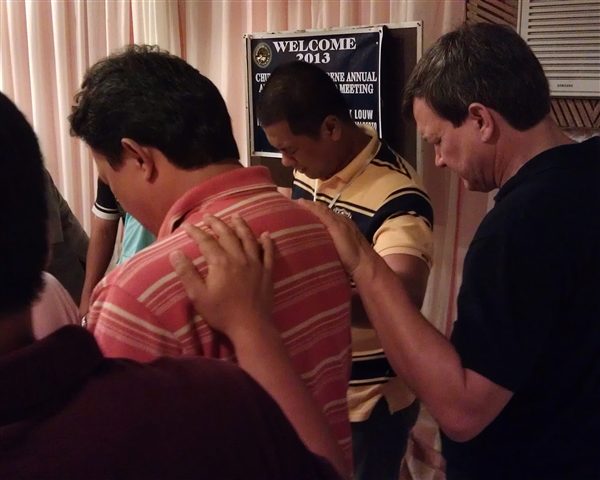 Member care was modeled as District Superintendents shared a district update and then were prayed for individually.

Among other topics, the training focused on specific administrative elements of the church manual, mentoring local pastors, church fiance and reporting, addressing issues of impropriety within church leadership, purpose and work of the District Assembly, and member care, including the focus on District Superintendent self care.  This member care was modeled as each District Superintendent was asked to share their successes and struggles, and then the group prayed over each one individually.

The response from those who attended the orientation and training was overwhelmingly positive.

“It has taken me seventeen years as a District Superintendent to learn my job,” reported one D.S.  “I have learned those things that I need to do, and maybe more importantly, those things that I need to stop doing,” reported another.   And yet another, “This is the training that we have so needed.  I am so thankful that I have new training to take home and help me do my job better.”

This is the second training of its type that has been conducted on the Asia-Pacific Region, with the first session being held on the Melanesia-South Pacific Field in Papua New Guinea this past April.   Nine District Superintendents attended that orientation.

“The intentional development of leaders, starting with District Superintendents, is critical to their success in ministry, resulting in the local congregations being more effective in reaching their missional objective of making Christ-like disciples,” stated Louw.  The goal on the region is to have all District Superintendents take part in the orientation training before April of 2014.