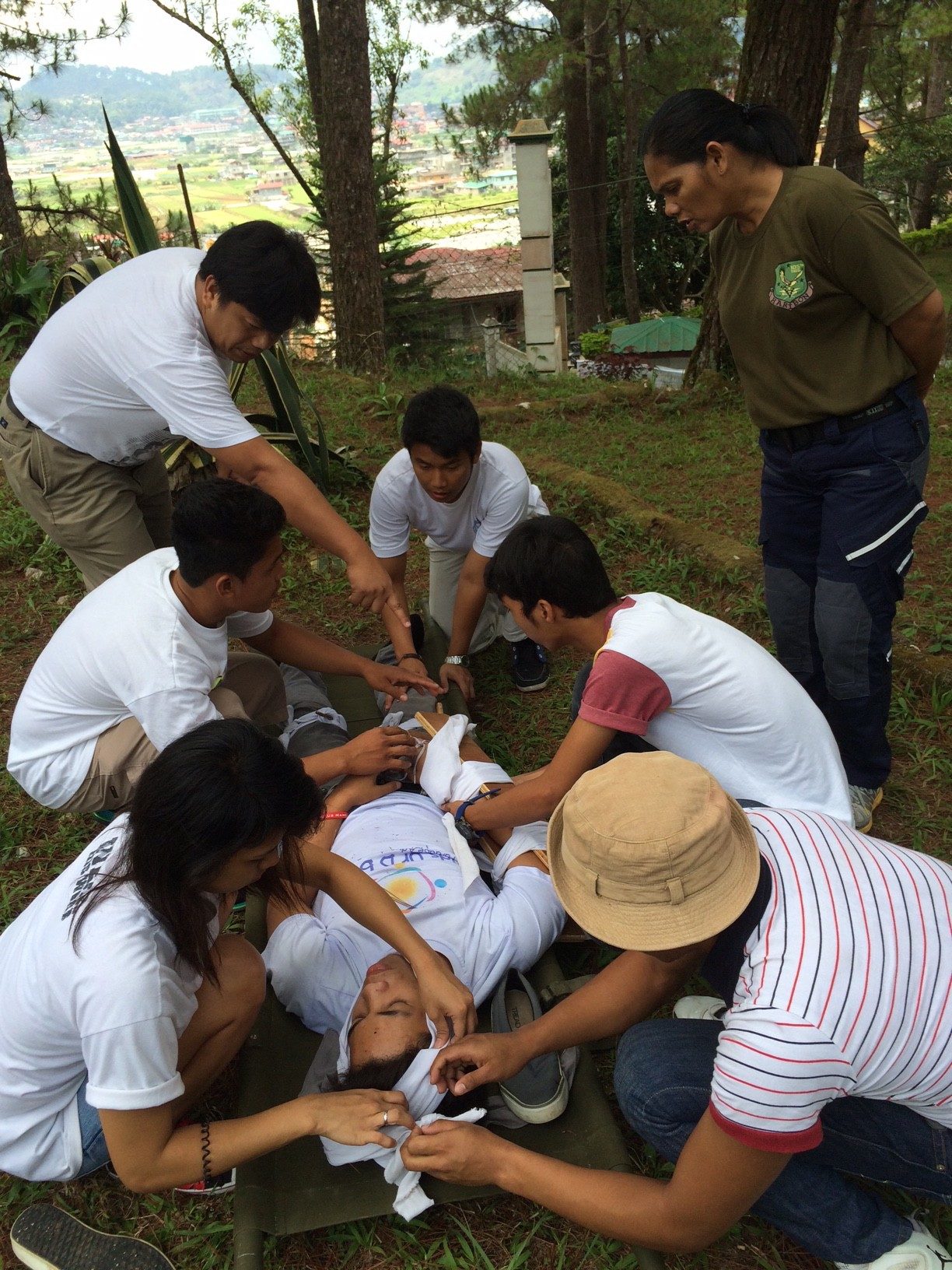 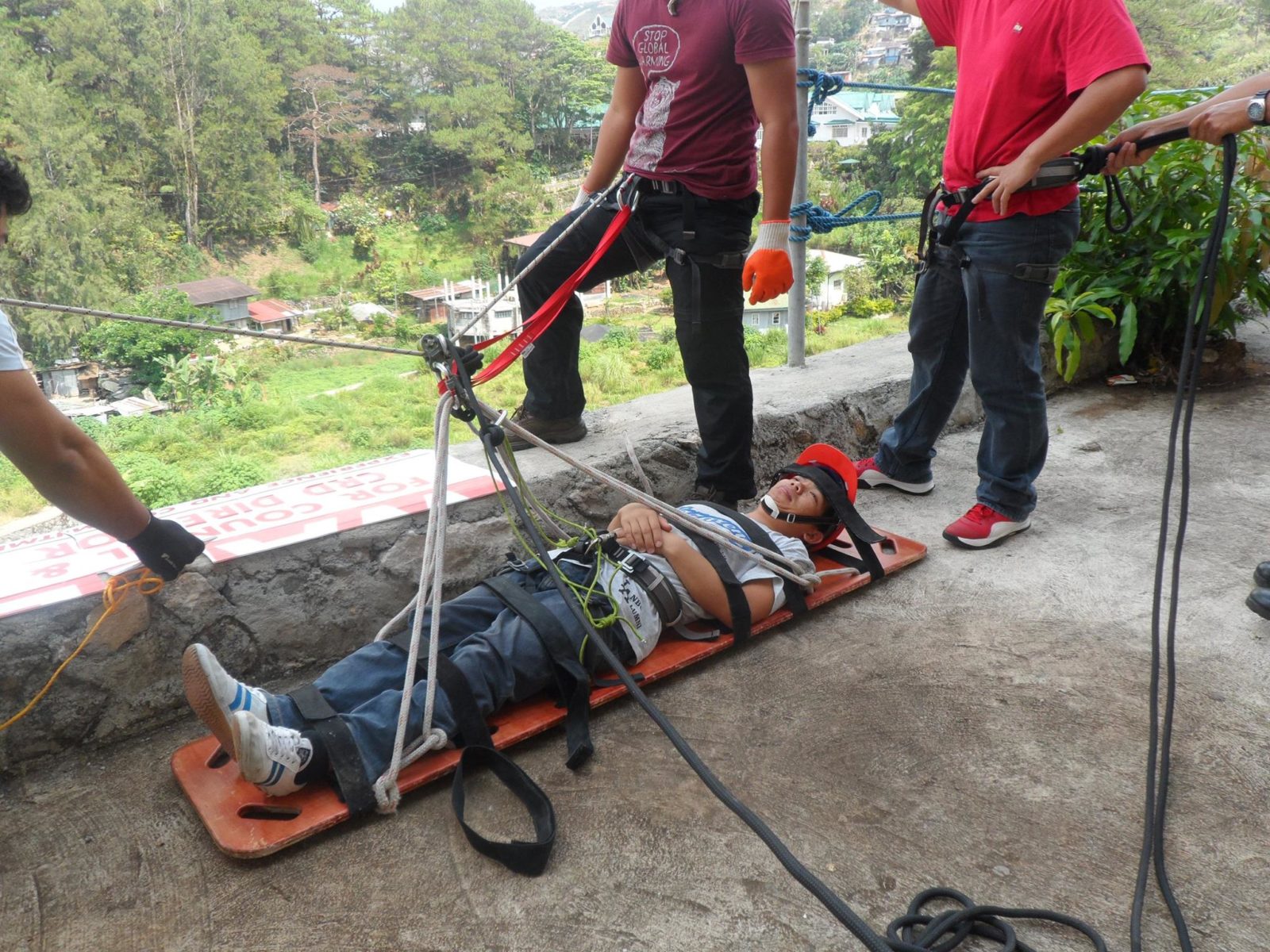 Transporting an injured patient down a cliff.

The participants are the first group of Nazarenes to be trained in Basic Search and Rescue, thus earning the prestige of becoming a Rescue Team Unit. Their group is called “Team Genesis.” They will be mobilized to help and work alongside local churches in responding to disasters. Team Genesis is also commissioned to conduct the same basic training to their churches, districts and Nazarene institutions in the Philippines. 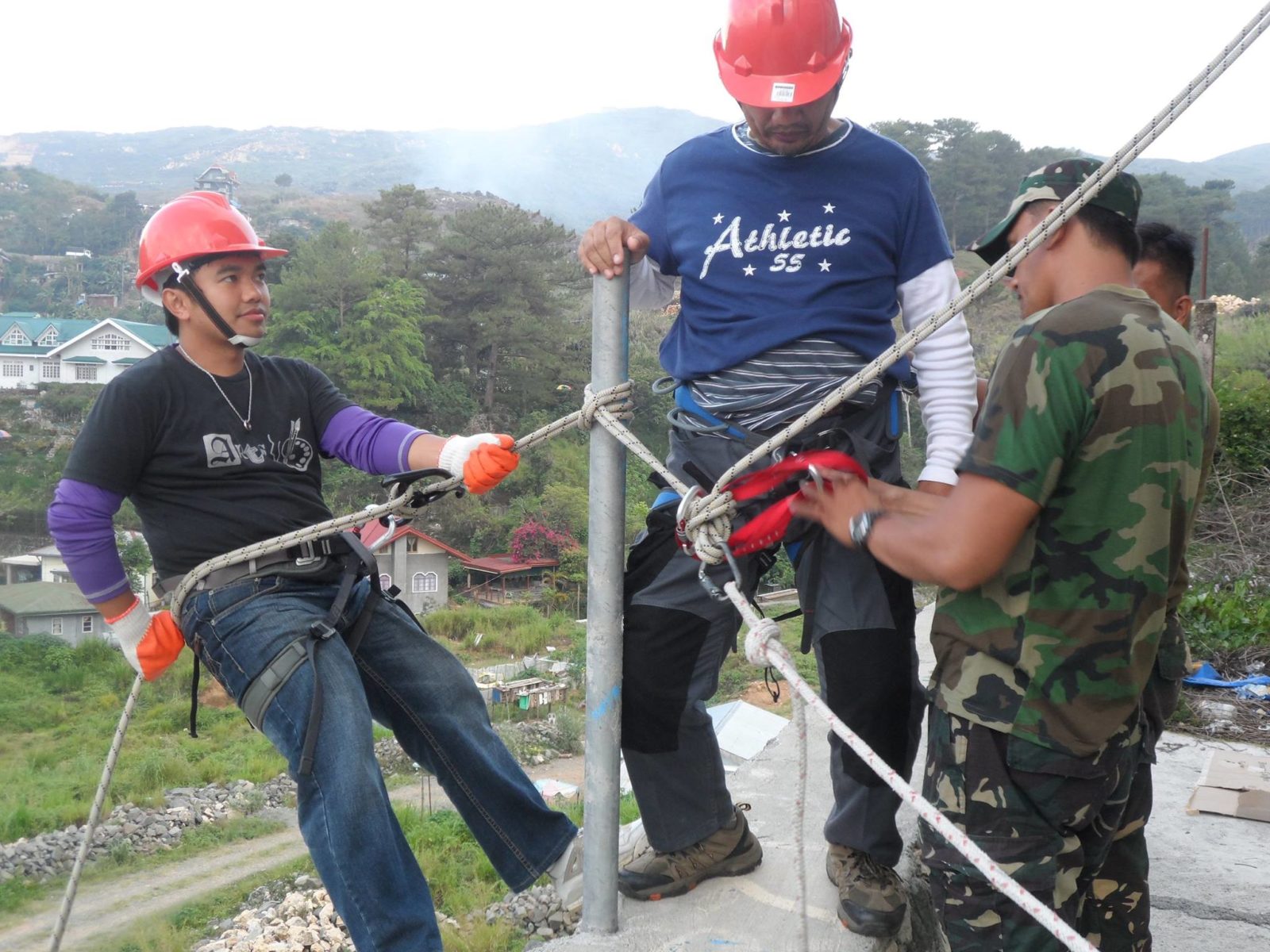 The training did not only discuss physical and mental preparedness, it also touched the spirits of both the trainers and participants. For three consecutive evenings, Dr. Roger Macabuhay led the group in a lecture and workshop on the Biblical and Theological Reflections of Rescue and Disaster through the eyes of Compassion. Rev. Jackson Natividad, Philippine Field NDR Coordinator, led the group on their last night for Vision Casting and the first part of Strategic Planning. 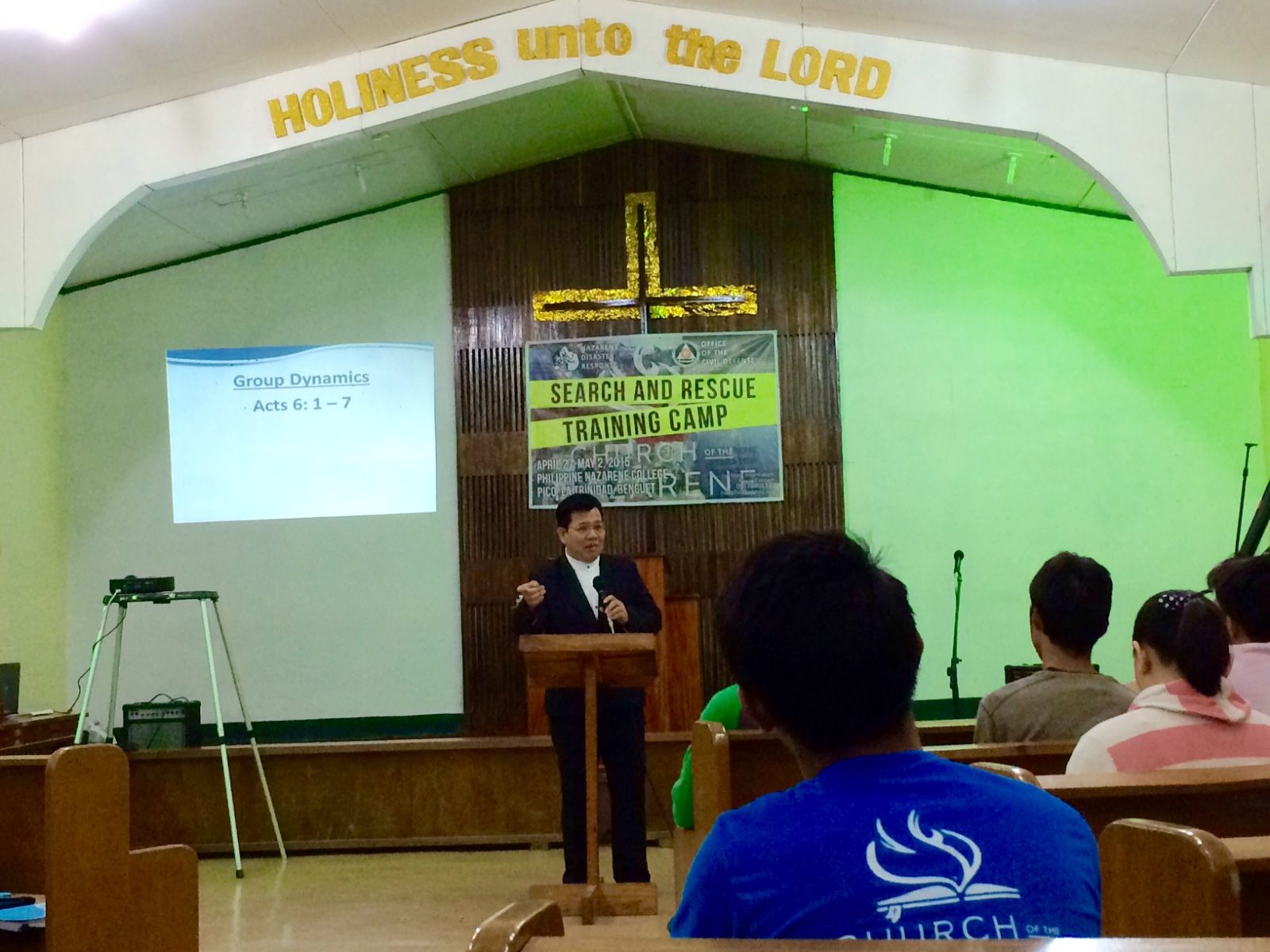 Team Genesis will continue to undergo other training this year. Training will include topics on Water Search and Rescue, Collapsed Building (Earthquake Rescue), Fire Rescue, and the unique program of NDR – Psycho-Spiritual Trauma Debriefing and Counseling. 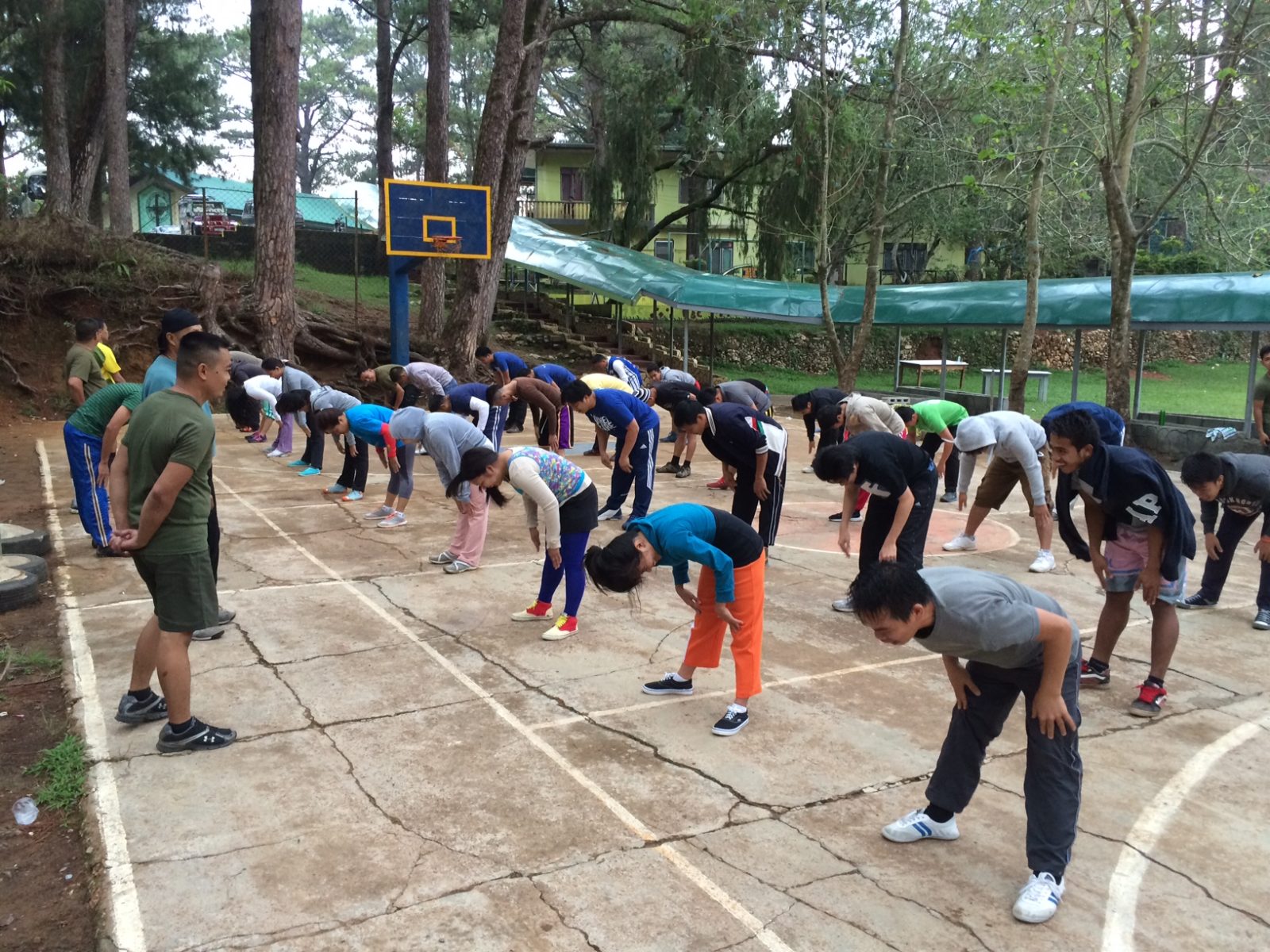 The six-day training was very significant for both NDR and AFP-OCD. This is the first time in church history to pursue the national certification and accreditation with the AFP-OCD on search and rescue. It is also the first time in the history of AFP-OCD that an Evangelical denomination partnered with them for the training of its congregation. 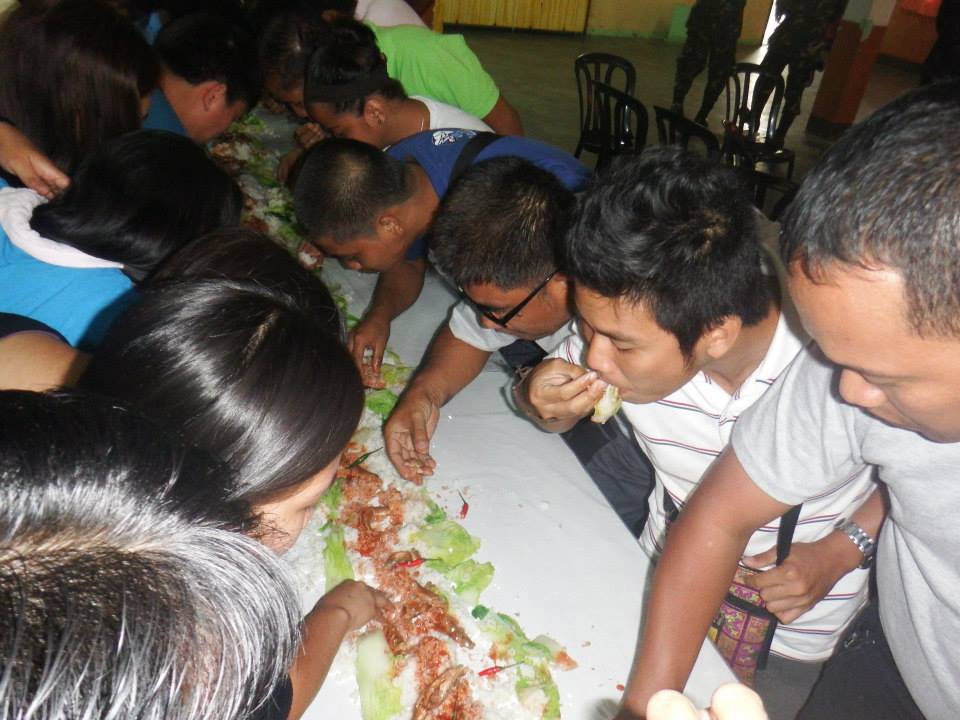 Boodle Fight after a long day of training.

The Mission of NDR Philippines is to train, equip and prepare local churches and districts to actively involve themselves in helping communities through risk reduction as an expression of Christ’s love to everyone. The Search and Rescue training was conducted as a response to the church’s biblical mandate of being salt and light to the world, especially in times of disaster and emergencies.