Greece: In March, 11 Nazarenes from Australia, Portugal and Spain formed a team for a vision prayer tour in Greece, with the hopes of establishing a registered ministry for the Church of the Nazarene there. 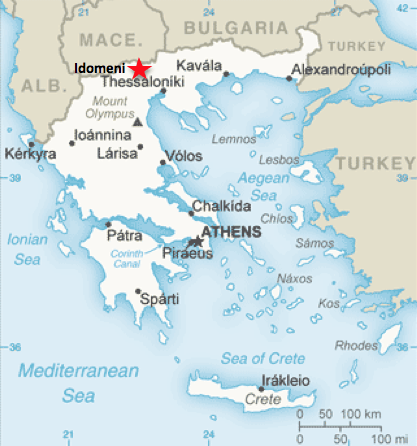 During the visit, the team spent time in prayer and discussion with different people and organizations who could help in establishing a registered Church of the Nazarene in Greece. They met with Evangelical leaders across all denominations, visited various humanitarian Christian organizations, consulted with pastors, legal people, NGOs (Non-Government Organizations) and one Orthodox humanitarian organization. They also visited places of biblical and archeological significance, such as Athens, Corinth, Thessaloniki, Philippi and Mikri Volvi.

One of the trip’s highlights was their trip to Indomeni, where they assisted refugees trapped in “no man’s land,” located at the border of Former Yugoslavia Republic of Macedonia (FYROM) and Greece. 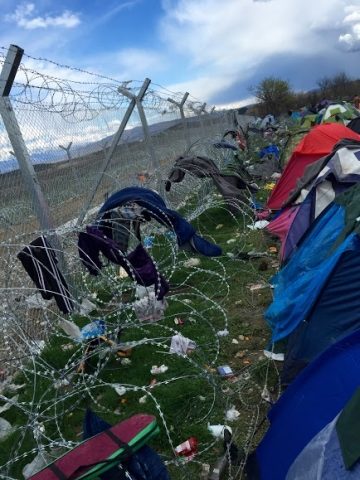 The team had chosen Greece for various reasons. Their economy, political situation and the influx of millions of refugees have caused the people to become fearful and despondent.  Also, recent census shows that 88.3% of the population are Christians (source- joshuaproject.net), but during the team’s visit they found that church attendance is low and it seems that the Greeks’ personal relationship with the living God is not well understood.

This makes Greece a country of urgency for Nazarene Mission work. The Church of the Nazarene, with its holistic message of Christ’s salvation, compassionate and humanitarian assistance, makes it the right organization to meet the real needs of modern Greeks. The country doesn’t just need political, economic or social assistance, but a true spiritual awakening as well.

The city of Thessaloniki has been chosen for future Nazarene  work.  As in the days of Apostle Paul, Thessaloniki –modern day, “Saloniki,” was selected  for its strategic position in the Balkans, being the gateway city to three continents: east to Asia, north to Europe and south to Africa.

While the planning and preparation for the trip was done swiftly, Dr. John Moore shares, “it was slowly born from a dream and a concern  that was planted many years before as Greek immigrants left their homeland and settled in Australia giving the island continent one of the largest expatriate Greek communities in the world.  At one time there were more Greeks living in Melbourne than in Athens.  Over the decades, many Greek Churches of the Nazarene were planted in Australia, and a thirst developed to take this gospel of holiness back to the land from which it had first been preached.   When the Australia South District learned of the possibility of Nazarene Missionaries being  sent to Greece, the plan got underway to go to Greece to offer assistance as it would be useful.”

This trip is only the beginning of a long-term partnership as the Australian church seeks to develop avenues of assisting the blossoming efforts of the Herndons, their children and the Church of the Nazarene in Greece.

With all the places that they’ve been and the people that they’ve met, perhaps the apex of the team’s trip was witnessing how God is opening the doors for the Church of the Nazarene to enter into this great land. The members of the team are very grateful for each other and would like to thank the people who partnered with them in prayer.

Please consider making this a focal point of prayer in the days ahead, as the church responds to this challenge but also tremendous opportunity.

– Submitted by: Rev. Steven Kasambalis (with assistance from Vicki Moore)  Thank you also to Engage Magazine.