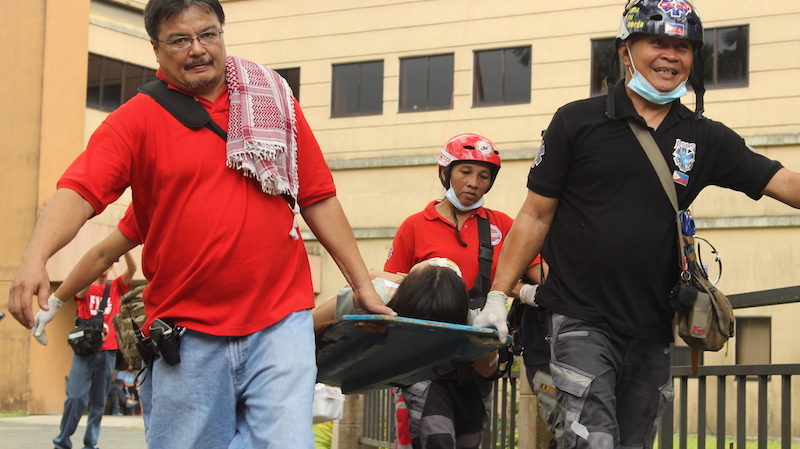 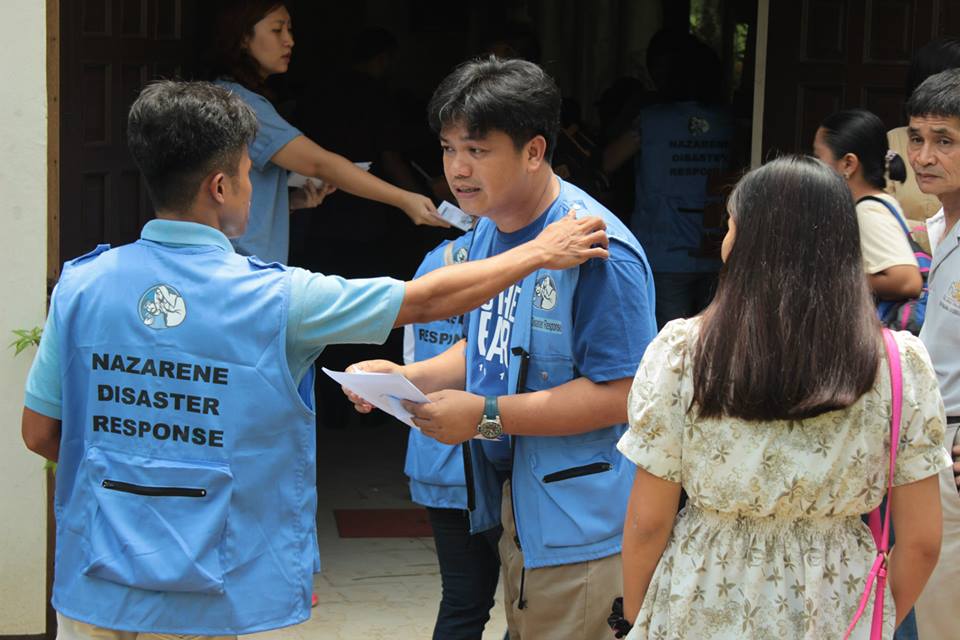 The APNTS Campus participation in the earthquake drill was led by Pastor Jackson Natividad, Philippine Field Coordinator for NDR, with the help of members from the Armed Forces of the Philippines (AFP) and the Barangay Dolores Rescue Team.

Prior to the simulation, everyone on campus gathered in the Wooten Chapel, where an orientation was facilitated by campus facilities director and pastor, Billy Borromeo. He lectured on steps for earthquake preparedness, and gave three simple but important instructions on how to protect oneself during an earthquake. 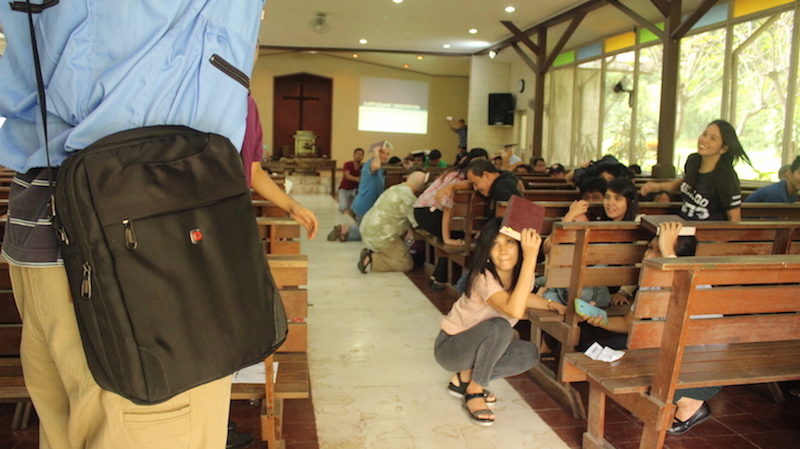 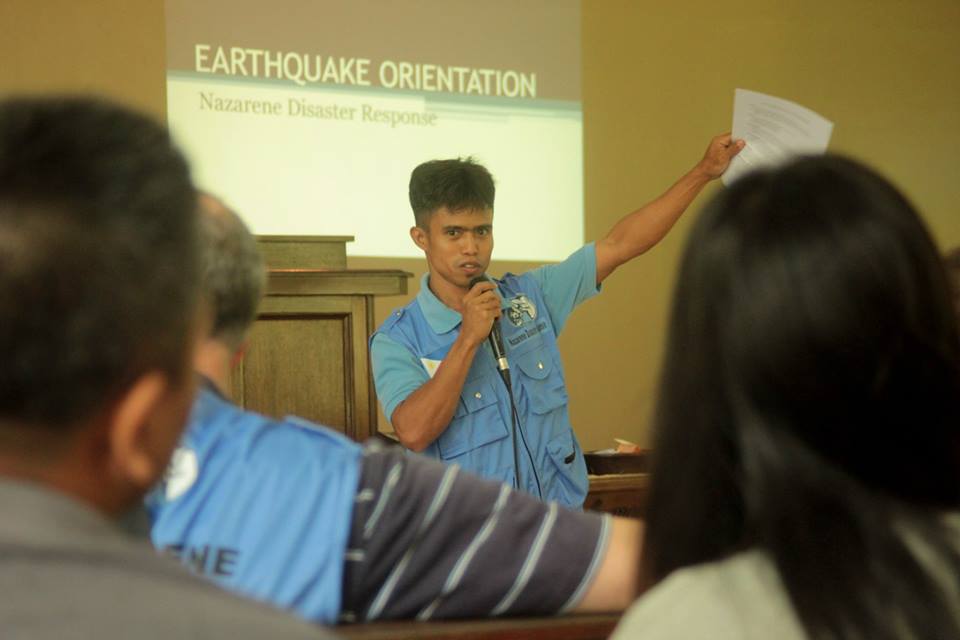 What followed was the actual drill, where everyone dropped, covered and held on, and practiced what they learned during the lecture.

The rescue and earthquake response had very real simulations.  There were volunteers acting as injured victims carried on stretchers and brought out from the building windows down to the ground. Firemen shot water from their hoses, and rappelled down from the third floor of the building. People gathered in the  basketball court that served as the evacuation area. 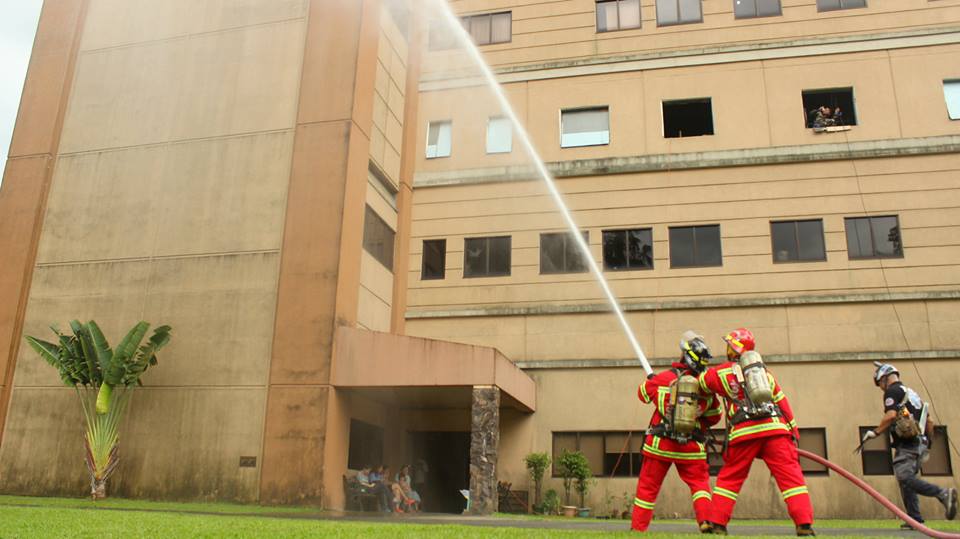 On July 27 and 28, the staff of APNTS also went through a two-day Basic Life Support Training (BLST), facilitated by the NDR and AFP.

Lectures on First Aid, basic bandaging, rope tying and risk reduction knowledge were taught to the participants. The training is in compliance to the memorandum released by the Office of the President to colleges and universities in the National Capital Region (NCR).  The training and the actual drill were to be graded. Ms. Calm Mijares, business manager of APNTS happily announced, “We have passed the test!” 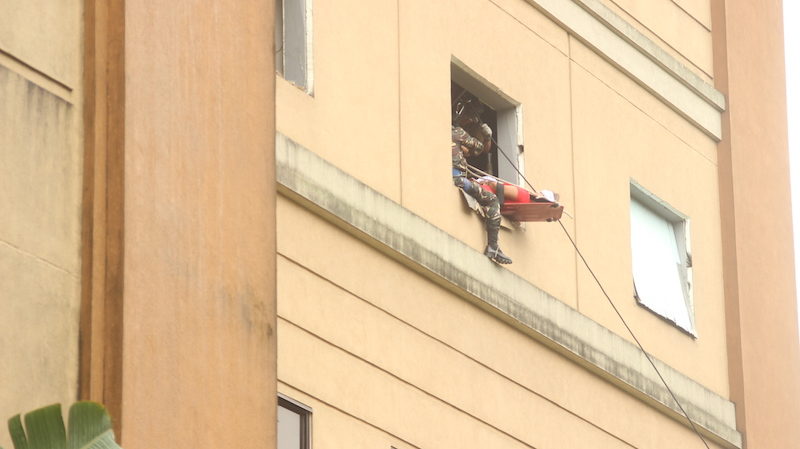 It was a hectic and educational week for APNTS and its surrounding entities. The students had positive feedback about the activities. “I received knowledge on how to protect myself and prevent further injuries when the earthquake comes”, said Ro Thuama. Lily Sangi commented that the event taught her to prepare for the earthquake and give her readiness to help others. Thang Siankip, on the other hand, said, “Before I was scared when I hear about earthquakes but after the program, I gained more confidence.”

Why the concern?  Researchers from the Philippine Institute of Volcanology and Seismology say that it is just a matter of time before Manila suffers a potentially catastrophic earthquake. 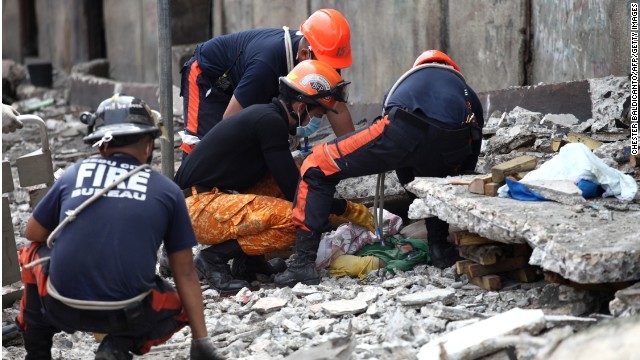 Manila straddles the West Valley Fault, which according to recent research, is capable of producing an earthquake greater than magnitude 7.  Computer modeling indicates that a quake of 7.2 in Manila, would cause an estimated 2.4 trillion Philippine Pesos ($54 billion USD) in damages and potential kill over 37,000 people.

October 15, 2013, the Bohol region of the Central Philippines was struck by a 7.1 magnitude earthquake.   Experiences like these are helping officials understand and prepare for what very well could happen in Manila in our lifetime.