Kudjip Nazarene Hospital Papua New Guinea (PNG):  Mark 12:41- 44 – is the story of the widow’s offering, where all the rich people put in large amounts of money, but Jesus sees a poor widow put in two small copper coins and calls his disciples over.  He says, “I tell you the truth, this poor widow has put more into the treasury than all the others.  They gave out of their wealth, but she, out of her poverty, put in everything – all she had to live on.” 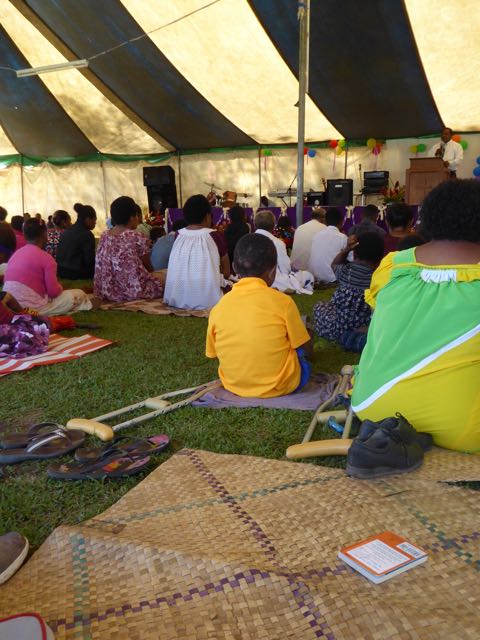 Recently, I witnessed a “widow’s offering” and I was blown away. It was the last day of the Crusade that Immanuel Church (the local Papua New Guinea station church) was having, ending a week of nighttime services with the theme of, “Say NO! To Sin.” This day was the day for the Thanksgiving offering. The altar area was lined with sugarcane, papaya, bananas, chickens, cabbage, onions and more. Outside of the offering from everyone’s gardens, there was a time to give into the offering plate that was placed in the center of the tent.

As the offertory song was playing, missionaries, nurses, nursing tutors, teachers, security guards, cleaners, chaplains and their kids stood up, formed some semblance of a line and made their way to the box to put their offering inside. Sitting just in front of me a bit was a young boy (maybe 10 yo) named Kua.

For the past three months, Kua’s home has been Nazarene Hospital. He was hit by a car and brought to our hospital and has lived here ever since. We initially weren’t sure how well he would do, since he sustained fractures of both legs and bad lacerations to his head and face, but three months later, he is improving and getting closer to going home. His fractures have healed, he is walking with crutches and every time I see him, he is smiling. 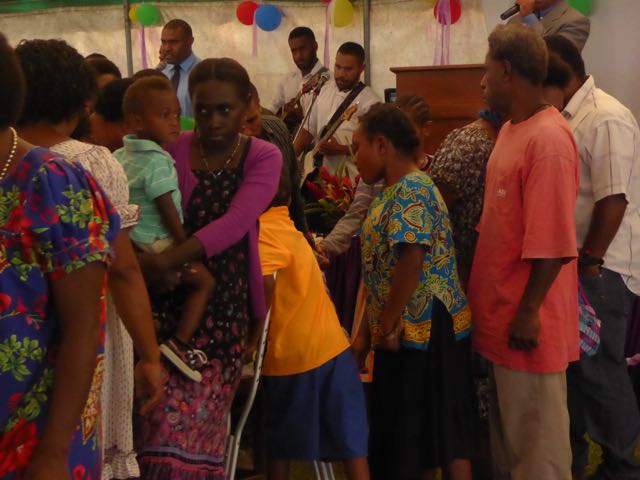 Compared to Kua, all those who had gone before, were the rich in PNG – those with jobs, those who get fortnightly payment from the Hospital or the locals schools. They gave out of their wealth, but as I stood watching Kua, I knew he was giving out of his poverty. I don’t know how much he gave, or if he gave everything like the widow did, but anything he gave was a sacrifice.

Jim Radcliffe, who has served at Kudjip for over 31 yrs, was sitting next to me during the service and as folks were worshipping the Lord and the line was starting to form for the offering, he leaned over and said, “Doesn’t this make you glad you are a missionary?”

I hadn’t thought about it before, but the reason we had a tent Crusade, that we had 100s of people at the service, that people were giving to Missions was because almost 60 years ago the first Nazarene Missionaries came to Kudjip and as a result of that the word of God has spread. There are 100s of churches in PNG, all of which started because years ago Sydney and Wanda Knox obeyed God and came to PNG as missionaries. The seeds they planted have born fruit over and over again, and kids like Kua and others are hearing about God’s love and giving what they have to help that continue, and I get to be a part of it. I get to try to continue to help share and show God’s word and love with those who come to the Kudjip Nazarene Hospital each day – what a privilege.

As Kua got up and gave his offering, and the tears were streaming down my face, I couldn’t help but ask God if I was being obedient to all God was asking of me with my money, my time, myself, my life, my career, my heart to Him, etc.

What we give to God and what God asks of us looks different for each of us and that is okay, but like the widow and Kua, we have to be willing to give it all, and be obedient to what He is asking of us. Are you?