100th Anniversary of Nazarene Missions International – Step Up to the Challenge!

100 years ago the world was at war and the fledgling Church of the Nazarene was about the mission of God – sending missionaries all over the world, obeying the command of Jesus to “go into all the world and make disciples of all nations.” 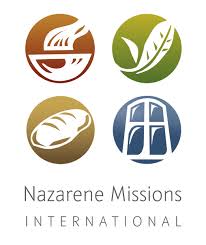 There arose a need to support these missionaries in prayer as well as financially and for the sending church to be involved and aware of what God was doing in other parts of the world. So a group of “sisters” gathered together to organize a society that would do just that. It was on October 8th 1915 at the 4th General Assembly of the Church of the Nazarene that the ministry of what we now know as Nazarene Missions International was officially recognized.  The purpose of NMI, which remains the same to this day, is “To mobilize the church in mission through Praying, Discipling, Giving and Educating.”

Each District on our Region has the opportunity to celebrate the 100th anniversary of NMI by adopting a project and raising funds for this project.

The goal of the NMI centennial celebration is 100% participation by each of the Nazarene Districts globally.

A copy of the guidelines appears below for you to view, download, or print.