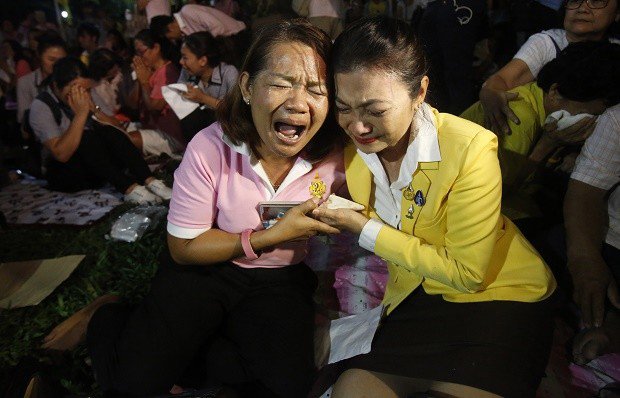 Bangkok, Thailand: Thailand’s King Bhumibol Adulyadej, the world’s longest-reigning monarch,  died on Thursday, October 13th, at the age of 88.  King Adulyadej had been on the throne for 70 years.

“Indeed Thailand is in deep mourning,” shares team member, Sam Yangmi.  “Everyone the TV is interviewing whether young or old is expressing bewilderment of not knowing how life can go on when 7 generations have lost the only Father figure they have ever known!” 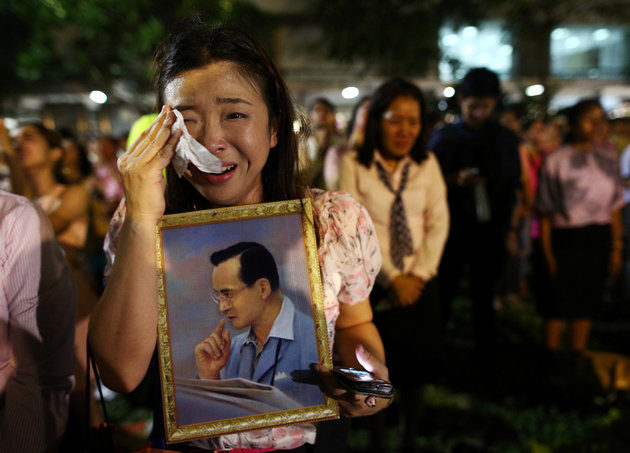 A woman weeps after an announcement that Thailand’s King Bhumibol Adulyadej has died, at the Siriraj hospital in Bangkok, Thailand, October 13, 2016. REUTERS/Athit Perawongmetha

According to Channel News Asia:

“Starting on Friday, flags will be flown at half mast at all government buildings and schools for 30 days, and Thai government officials will mourn the king for a year.

Thais have also been urged to refrain from festivities for the next 30 days and to wear black for a year.”

The sadness and grief felt by the Thai people is palpable as images of weeping and mourning circulate the internet.