Prayers for NHM Secretary and His Battle Against Cancer!

Papua New Guinea: Baru Dirye is the National Health Secretary for Nazarene Health Ministries (NHM).  He is not only a top administrator in the health care ministry, but he and his wife Christina, have led a hugely successful Nazarene church plant.  What initially started as a simple house church a few years ago eventually led to the single biggest baptism in the church’s history in PNG- with 75 people baptized in one service! 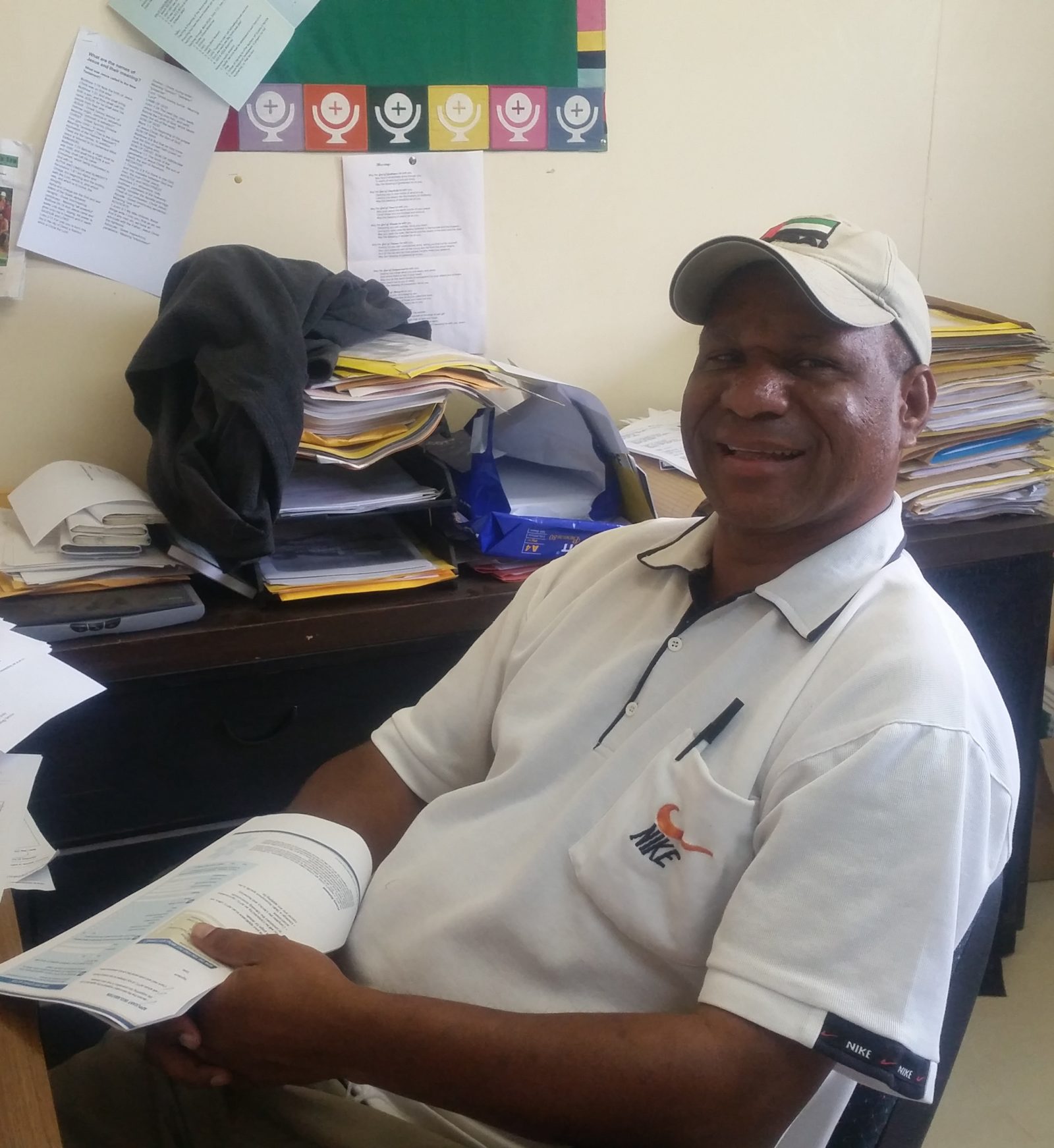 Some months ago, Baru developed a limp.  Later they found out that a bone cyst was causing the problem.  The cyst was so large that it required a hip replacement, with the assistance of Dr. Jim Radcliffe and another missionary surgeon from another hospital.  Sadly, the pathology came back and revealed that this growth was only a symptom of a bigger problem –cancer.  Baru has been diagnosed with Multiple Myeloma, a cancer of the bone marrow.

Baru was started on some treatment but the cancer has not responded so far.  The best treatment is not available in Papua New Guinea and would be very expensive in a more developed country.  NHM is trying to source other medicines as well.  We trust God can do miracles in whatever way possible.

We ask for prayers from our brothers and sisters around the world – for God to touch and heal Baru physically, to give he and his wife and children peace and strength, to guide doctors and treatment, provide what is needed not only for his treatment but also for the running of the health care ministry.