Mother of Team Member from the Philippines Passes Away- Please Pray.

Manila, Philippines: The Asia-Pacific Team was deeply saddened to learn of the passing of Adelyn “Dixie” McGinley on September 23, 2016. Dixie was the mother of Sherry Shmidt, who is currently serving at Asia-Pacific Nazarene Theological Seminary (APNTS) as the Campus Chaplain.  When one of our team is hurting – we all hurt. 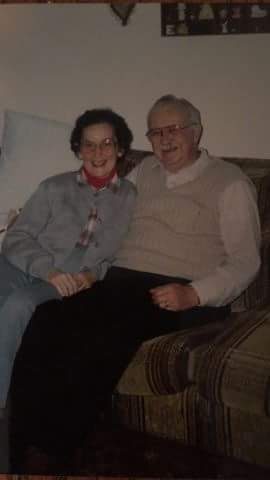 Dixie, a nickname given to her when she moved from Alabama to Ohio, found the Lord at a young age, strayed away, and came back at the age of 33. She and Sherry went forward at the same time to give their hearts to the Lord. Dixie’s faith in God was an inspiration to many over the years as she taught elementary and adult Sunday School classes, led countless Bible Studies and prayer groups.

Dixie was known for always having a sweet smile, living life gratefully and with much grace. Sherry recounts, “She was filled with the Spirit when I was at Olivet. Then her light really began to shine. She had a gentle quiet spirit and everyone knew her as a sweet, happy, praying Christian. She died peacefully with my sister at her bedside.”

Sherry was not able to travel to attend her mother’s funeral that took place on September 27, but she did get to visit with her when she was in the USA this past June.  Sherry’s APNTS family held a special memorial service for Dixie on September 28. Despite the distance, Sherry feels blessed.

“Everyone has been loving and kind- with comforting words and hugs. Some come over for just a few minutes to show their support. It’s probably better than in the states when you’re left all alone. The students and staff really treat us like family. It’s been very sweet,” says Sherry.

Despite the circumstances, Sherry feels that the Lord is near and is speaking to her heart. “I pray He is somehow blessing us with these heartaches so we can be more broken for Him…for others.”

Please include Sherry and husband Lynn in your prayers. May their faith remain steadfast during this ordeal.