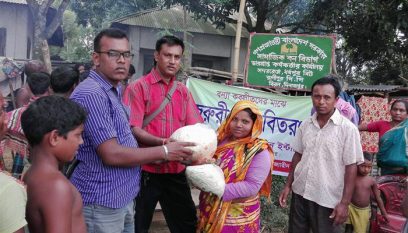 Extraordinarily heavy monsoon rains have devastated areas in South Asia recently, including Bangladesh, India, and Nepal. More than 1,200 people have died in the floods — including many children — and more than 40 million people have been affected.

Thousands of cities and villages have been completely inundated. Countless homes have been swept away, and buildings are collapsing under the weight of the water. On Thursday, an apartment building collapsed in Mumbai, India, killing at least 33 people. The floodwaters have damaged or destroyed 18,000 school buildings, affecting the education of nearly 2 million children.

“People across South Asia are used to the monsoon season and often depend on it for their crops, but the amount of rain this year and the flooding that has followed have devastated the region,” said Brandon Sipes, disaster management and humanitarian crisis advisor for Nazarene Compassionate Ministries. “The situation is worsened because a well-developed relief infrastructure is not in place in many areas there.”

Some estimate that one-third of Bangladesh is flooded. In communities surrounding local Nazarene churches, approximately 63,000 people were affected, including more than 7,800 church members from 948 local churches. 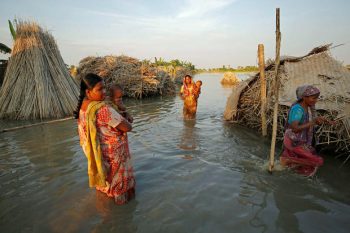 In India, plans are in place for churches to deliver food and hygiene items to 12,000 people in affected communities. An immediate response to the Mumbai flooding is being developed, as church leaders visit the affected areas and develop a plan for response. Mumbai is also the location of a new ministry to children and women in a red-light area near a Nazarene church.

According to the World Bank, natural disasters disproportionately affect those living in poverty who are already vulnerable.

“We are grateful for our local and international church, who are actively working to support those impacted by the floods,” Sipes said.

More information will be updated as it is made available. 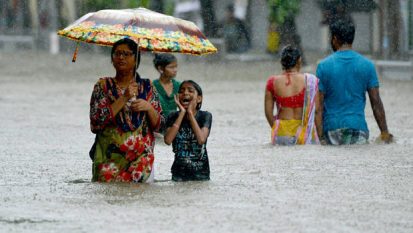 Please pray for those facing the sudden and unexpected loss of loved ones, for those who lost their homes and have nowhere to go, and for the protection of lives, especially from cholera and other illnesses. Also pray for the churches working to care for their neighbors and meet urgent needs.

Churches and individuals around the world can provide support through the South Asia Flood Response fund. Donations will be used for immediate needs, including food and water purification tablets, as well as long-term rehabilitation and food security.

For additional countries, give through your local church or district, designating your gift to South Asia Flood Response.