Janelle and her husband, Lane, had served as Nazarene missionaries for more than 18 years in Haiti and Papua New Guinea.

Janelle had a passion for sharing the Gospel cross-culturally.   In December of 2014, the Huntington Church of the Nazarene made the decision to carry on Janelle’s legacy through raising money to support radio ministry in Papua New Guinea. 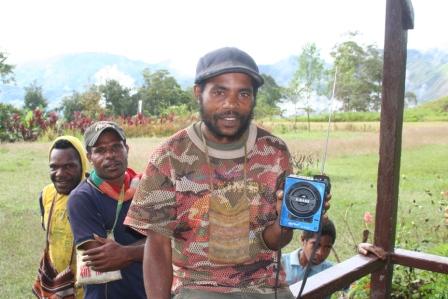 In many areas of Papua New Guinea, radio is the only form of communications.

The following note was recently received from Janelle’s mother, Carol.

“As you know, my church adopted this project [Krai Bilong Ol Meri Program – “Cry of the Women”] in memory of my daughter, Janelle Zurcher Fosnaugh…  Janelle would be so happy if she knew and Lane is very happy about it. May God bless and multiply [the funds raised] as you use it for His kingdom in getting that radio program out to as many folks as possible. Blessings on you and your great work for God there in PNG! You are in my prayers.”

While the Huntington Church family had set a goal of raising $1,500, they were excited to announce that they had exceeded their goal and were sending in $1,720 to partner in sharing the Gospel message to women across Papua New Guinea. 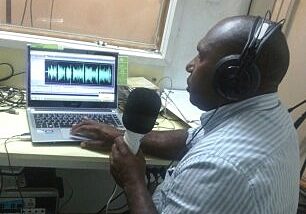 “I just returned from 3 days of radio training with one of our major Christian radio stations in the country. The management and staff of Wantok Radio Light made great comments concerning the Krai Bilong Ol Meri (KBOM) Program. Their comments are positive. KBOM is touching the lives of many souls.”

Krai Bilong Ol Meri is currently airing on 16 radio stations in 17 out of the 22 provinces of PNG.

The Asia-Pacific Region and the Melanesia South Pacific Field, wish to personally thank the Huntington Church of the Nazarene.  Their dream of carrying on Janelle’s legacy through the highlands of Papua New Guinea will make an eternal impact.