Beyond Cocooning: The Power of Going

By Gustavo A. Crocker 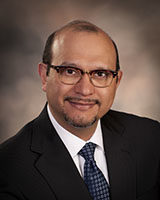 “The angel of the Lord came and sat down under the oak in Ophrah that belonged to Joash the Abiezrite, where his son Gideon was threshing wheat in a winepress to keep it from the Midianites.” (Judges 6:11, NIV)

I have always been intrigued by Gideon’s natural response to the outside threats on his people and his community. These threats had been so intense and damaging that his only resort was to keep what little resources he had left so the invaders would not take them from his family. He was doing the right thing. Preservation and defense were the natural responses he had been conditioned to apply. Going forward, reclaiming the land, and even facing the foes were the last thoughts on his mind, until …

We have seen the church go through the same interaction with the world around us. We are surrounded by an increasingly hostile society that is threatening to take the few results that have come into the harvest, and we carefully design devices to keep them protected from the attacks of today’s Midianites. Most of our programs, gatherings, and even our sermons focus on encouraging the believers to remain in the flock. Yet, we are often reminded by the Holy Spirit that the best plan to preserve the flock is to release it to “go” and extend His kingdom on earth.

I learned that lesson when I was a teenager playing chess at state championships. One year in the finals, I played against the most reputable opponent, and I was no match for him. The game was no contest. Therefore, in preparation for the following year’s tournament, I spent all my time and energies learning defensive strategies. I specialized in defense. I was not about to let the champion embarrass me again. That year, we met each other in the semi-finals. We played a great match and, as I had hoped, he did not defeat me—we tied, but he went on to the finals because of his better record! At the end of the tournament, one of my mentors taught me an important life lesson: “If you play defense only, the best that can happen to you is that you will not be defeated, but you will never win.”

The angel of the Lord saw Gideon in the weakness of his cocooning and challenged him to go in his own strength (Judges 6:14). Similarly, our Lord Jesus told the disciples as He returned to the Father to “go and make disciples in all nations …”

Transformational leaders are proactive leaders. They do not hold back. They do not cocoon. They go. John Wesley epitomized this type of leader. He often said, “I want the whole Christ to be my Savior, the whole Bible for my book, the whole Church for my fellowship, and the whole world for my mission field.”