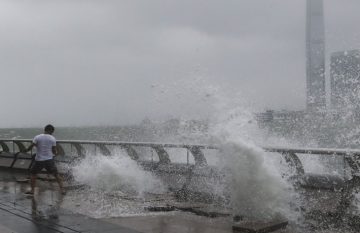 Typhoon Hato was the strongest typhoon to hit Macau in 53 years. The Hong Kong Weather Observatory declared the highest Signal 10 Tropical Cyclone warning  for the first time in 5 years.

According to Rev. Edmond Kwong, Hong Kong District Superintendent, there are no reported casualties within the members of our church in these areas.

Please be in prayer for those affected by Typhoon Hato and for the families who have lost their loved ones in this calamity.