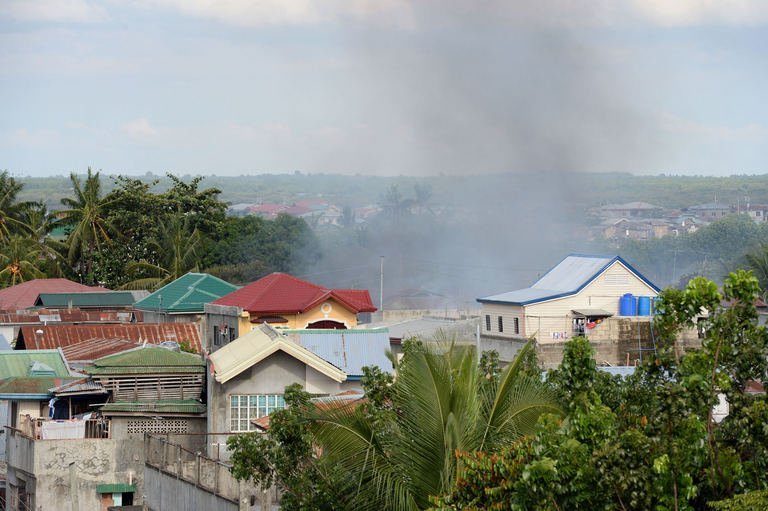 *** Updates as they become available are at the end of the story.

Contradictory reports have been published as to the involvement of civilians and the extent of casualties.  One thing is for certain, thousands are now fleeing the area in fear for their safety.

We are just now receiving reports from our Nazarenes on the ground in the area. While the Nazarene Church in Zamboanga City has been inactive for many years, several former members and many relatives of current members from other Nazarene churches are directly affected by the armed conflict.

The latest report from BBC News is that more than 13,000 evacuees have sought shelter in a local sports stadium.

The Iligan Church of the Nazarene is now coordinating with the Aliance Church to help in providing food for evacuees.  Our first Nazarene team is preparing to leave for Zamboanga City to work alongside the two churches.   As the airport and sea ports are closed, they will be traveling overland, which is about a 10 hour drive through some dangerous areas.

Your prayers are needed during this time.  Please pray for those who have been forced to flee from the fighting, for our church members and relatives who are caught in the middle, and for those who are responding to the needs with supplies.

**** Update as of 6PM, September 12th, 2013.  Nazarene relief team traveling to Zamboanga is on hold due to escalation of the situation. The Military has agreed to allow Nazarene relief supplies to transport on military vehicles, but no Nazarene personnel as they cannot guarantee the safety of civilians and relief workers.  The Nazarene team is on stand by and will go as soon as the situation stabilizes.  Check back for more updates.