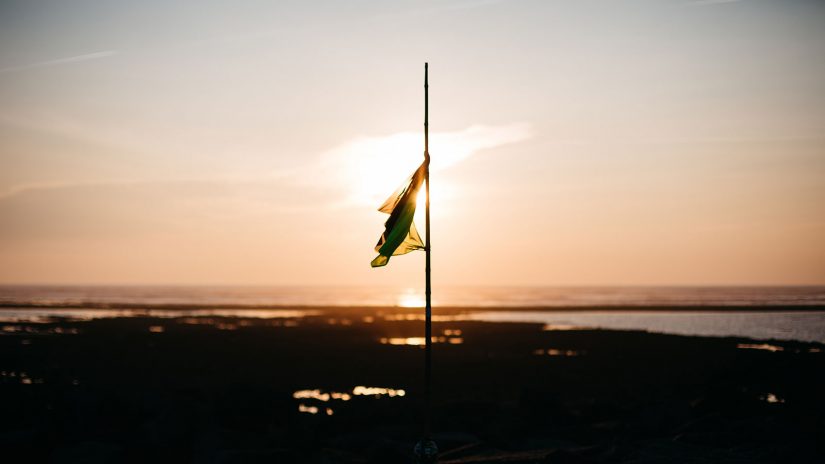 “Consequently, you are no longer foreigners and strangers, but fellow citizens with God’s people and also members of his household, built on the foundation of the apostles and prophets, with Christ Jesus himself as the chief cornerstone.”
– Ephesians 2:19-20

The older we get, the more we realize that we live in a world divided along numerous fault lines. Those divisions might be religious, nationalistic, ideological, or something else entirely, but just about everyone in our world sees them. The immediate temptation is to call on our world to essentially heal itself. This is certainly the approach of those outside the church, who will call upon politicians, the wealthy, or the public to bridge the gap and make our world whole. One should not discount the very real progress toward unity that can sometimes happen in our world, further signs that God’s grace is transforming His creation. But regardless of what external progress is made, it often feels like people are as broken, self-serving, and fearful as ever.

From what Paul writes in Ephesians 2:11-22, this is not a new problem. He even begins by emphasizing the gap between the Gentiles and the people of Israel, and by extension, God. His language is not encouraging; he refers to the Gentiles as being “separate from Christ” and “without hope.” One can see the hint of despair for these divisions ever being healed. But then Paul shares how the brokenness in God’s creation is being healed: through the blood of Christ.

Indeed, the healing is far more extensive than might make people comfortable. Humans take great pride in their distinctiveness, whether expressed in patriotism, loyalties, or family. That pride might revolve around individualism or around a group identity, but we like to point out how we are different. Paul is proposing something truly radical here. He says in verse 15 that God’s purpose “was to create in himself a new humanity out of the two.” In verse 14 he states that God has “destroyed the barrier.” This is not a matter of holding hands and simply embracing diversity. This is a matter of setting aside the things that have identified us up until now. It is time to take our place among the people of God, a completely new distinctive group that transcends all other loyalties on this earth. This is especially vital in a global community, one where people from all nations are hearing the good news of the Word of God for the first time. I am so thankful for the cross of Christ, that makes us into a new people.