The Reinharts and their call to missions: Using the Life Skills that God Invests in Them 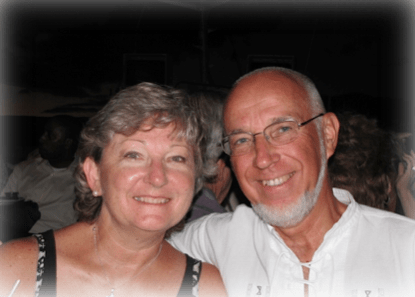 The Reinharts have already been to the Philippines, serving for 3 months in APRC back in 2010. This time, they will be staying for a few months, while Dan helps with projects for the Asia-Pacific Nazarene Theological Seminary (APNTS),  serves as part of the IT team of APRC, and Janet assists the Regional Finance Coordinator with his responsibilities.

Dan and Janet come from St. Louis, Missouri. Dan worked in IT, including four years in the US Marine Corps, from the late 60’s until his retirement. Dan has also been involved in the NYI Global Bible Quizzing Ministry since the early 1970’s, and in 2005, he became a global trainer in that ministry. Janet, on the other hand, spent most of her career in bookkeeping and office administration. They have six children, six grandchildren and one great grandchild.

Dan and Janet’s call to missions was first fueled in 2001, when they visited the General Assembly. They were each separately impacted by the Mission Corps exhibit, and as they were on their way home discussing their experiences from the event, both came into agreement that in the distant future, after they retired, volunteer service would probably be something, “worth looking into.”  Little did they know that the distant future would be coming sooner than they expected, when Dan was offered an early retirement in 2003. Originally, he planned to work as a consultant after he retired, but God had other plans for them.

Finally, in 2006, Dan and Janet solidified what God had been calling them to do,  when they attended the Cross Culture Orientation (CCO). In 2007, they started their journey as Mission Corps volunteers, and have traveled and served in various locations such as Ethiopia, Argentina, Europe and the Philippines. In 2013, they became involved in the work of the Global Mission IT team, supporting missionaries around the world.

Dan and Janet describe their mission experiences as having a “uniqueness in pattern.” They have never stayed in one country on mission for any longer than six months. “Early in our missions, we learned never to plan our future and just put everything in God’s hands,” Dan recalls. He said this was because when they first started, everytime he and Janet planned on something and set a timeline, God would have a different plan for them, usually for a shorter timeframe. Sure enough, His plans always turned out much better.

The Reinharts’ call to missions, as they say, was not exactly definite, but more of a gradual awakening. For the last eight years, the rewards of friendships of those they have encountered and worked with and the memories from each experience, have been some of the many things they are thankful for. One important thing that they also learned is to put the life skills God invests in them to good use.

Whatever your skill is, there is always a need for it somewhere. It doesn’t matter if you have a Ph.D. in Theology, experience in landscaping, or administrative/clerical work. What matters is how you will use these talents for Kingdom Impact. Each person just has to be aware, know where to look, be open to opportunities and listen to what God wants them to do.

Dan and Janet feel very blessed with the work God has been directing them to do. They do not know what God has in store for them, but they always go back to a passage from the book of Romans to help them be on track:

“God’s Spirit beckons. There are things to do and places to go! This resurrection life you received from God is not a timid, grave-tending life. It’s adventurously expectant, greeting God with a childlike ‘What’s next, Papa?’ ” – Romans 8:14-15 (MSG)