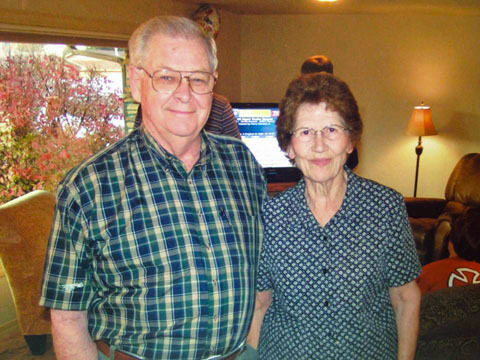 Retired Nazarene missionary Joann Barbara Larson passed away on July 7 at the age of 80.
She accepted the Lord as her Savior as a young girl and lived a devoted life of service to Him. God opened the door for her to attend Northwest Nazarene College (now University), and it was there that she met her husband of 58 years, Wayne Larson. The couple married in 1954 and were blessed with three children.In 1965, while serving as the church secretary at Medford, Oregon, First Church of the Nazarene, she and her husband traveled to Swaziland, Africa. During the trip, they felt the call of God on their lives to become full-time missionaries with the Church of the Nazarene.
Wayne and Joann served in Swaziland from 1969 to 1977. Joann served as the hospital and field treasurer while Wayne was a hospital administrator. In 1977, the Larsons operated a home for missionary children who attended school in Pietermaritzburg, South Africa.In 1979, Wayne and Joann were once again tasked with a Nazarene hospital assignment and served at Kudjip Nazarene Hospital, near Mount Hagen, Papua New Guinea. Wayne worked as hospital administrator and Joann served as the hospital accountant until their retirement in 1990.After a short period in Medford, the Larsons moved to Nampa, Idaho, where Joann began ministering in the Student Post Office at Northwest Nazarene University. Joann loved to have the college students over for pancakes and other meals in order to give them a little taste of home.After retiring from the post office, Joann began her ministry at the Nazarene Care House, a compassionate ministry of Nampa First Church of the Nazarene, where she served until her home going.

Joann served on the mission boards of several churches and loved helping other missionaries with deputation schedules and other tasks. Together, Joann and Wayne served as caretakers for Nampa First Church’s Missionary Home.

Throughout her life, Joann’s gentle, loving, generous spirit set a beautiful example for many generations to come.

A memorial service was held on July 10 at the Nampa First Church. Flags from both Swaziland and Papua New Guinea were prominent at the service. 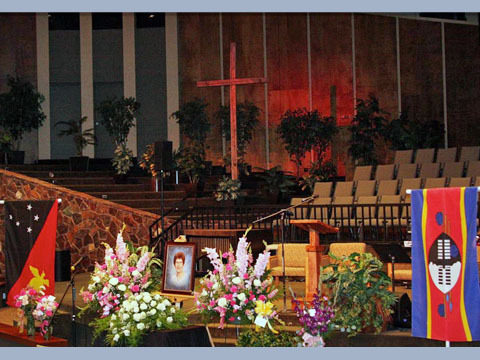 Donations to the fund can be sent to:
Little Wayne Scholarship
3310 South Stanford Street
Nampa, ID 83686
—Church of the Nazarene Asia-Pacific Region