“I will always believe in Jesus!” 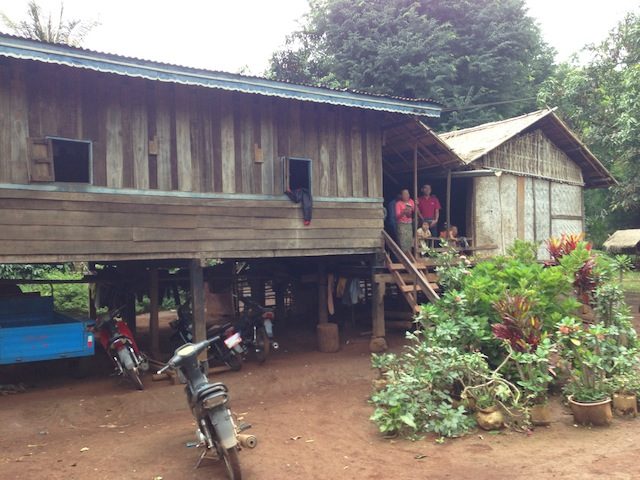 We had driven through the countryside over surprisingly well paved roads.  The van stopped and the full load of smiling people jumped out and clomped muddy feet toward a home rising five feet on stilts.  We used the wood stairs in the back to minimize the mud accumulated on feet after a typhoon had blown through the day before.

Sitting on the floor about 20 people began to share stories as a slowly growing crowd joined in.  A mother began to tell about her daughter’s healing.  “I believe in God because of my daughter.”  she began.  Her daughter had fallen sick at just two years old and was fading fast while the mother walked and prayed the distance to the doctor.  On the way her daughter became very quiet, still the mother prayed and walked on.  Reaching the doctor, he began to examine the girl.  “She’s dead” he said.   The girl was already turning cold.  Still the mother prayed.  “Lord please heal my daughter,”  she pleaded knowing that others had been healed by Jesus.

Turning as she told the story, the mother called to her daughter.  A very ordinary little four year old girl came and sat on her mother’s lap while the story finished.

“I will always believe in Jesus,” said the mother with her daughter sitting in her lap.  Around the room the nods of many heads showed agreement.  The story was well known.  But there were many more.  Person after person shared about the transforming power of Jesus in their lives.  Several had been healed.  One had come to Christ only two weeks before.   Gathering together, the group wanted prayer for healing.  One for a back, another for her eyes, another had a wounded leg.  Faith was in their eyes as they bowed and asked their friend Jesus to heal them once again.

Prayer finished, the believers encouraged, we slipped on our muddy shoes and clomped down the steps.  Loaded into the van we went on our way greatly encouraged!  “I will always believe in Jesus!”

Story submitted from an area in Asia.